The editor’s study of Colin Chapman is holistic.

Our analysis of his car design is invariably within the context of his strategic business planning and model offer to customers.

Sales supported the brand, contributed to racing, provided further publicity and permitted the brand to survive to this day.

This article is therefore not just about technical specification but the Mk.IX broader contribution to Lotus brand development. As such it has lessons for today –designers, entrepreneurs and product planners.

In any consideration of car design and technical specification it’s important to note Chapman’s economic/commercial priorities prevailing at the time and also his response to customer requirements.

The Mk.VIII had earnt the brand international competition success and this probably with resultant publicity generated demand from customers wishing to enter motor sport through sports racing cars.

However customers may have expressed preferences or indeed reservations.

In the Mk.IX Chapman seems to have taken the better aspects of the Mk.VIII and improved access and ability to service the car. This would be a major consideration for individual private racers mechanics. Good access also facilitated racing by allowing mechanical repairs, alterations for circuits etc. to be performed with relative ease possibly in the field.

The editors list the factors we believe might have been in the background helped Chapman determine the specification of the Mk.IX:-

The Mk.IX was handsome purposeful car. Its shape was revised slightly from that of the Mk.VIII. In doing it was made more practical but the aerodynamics did not suffer.

The aesthetic of the Mk.IX articulates form and function as examination of our photographs reveal.

The following helps distinguish the Mk.IX:- 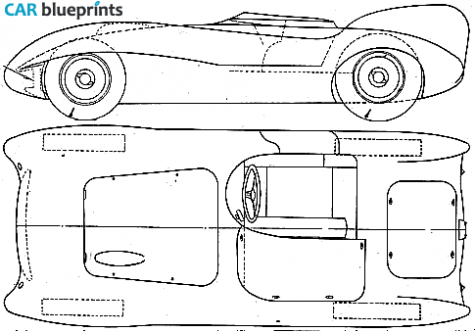 Figure 3.Drawings taken from the net 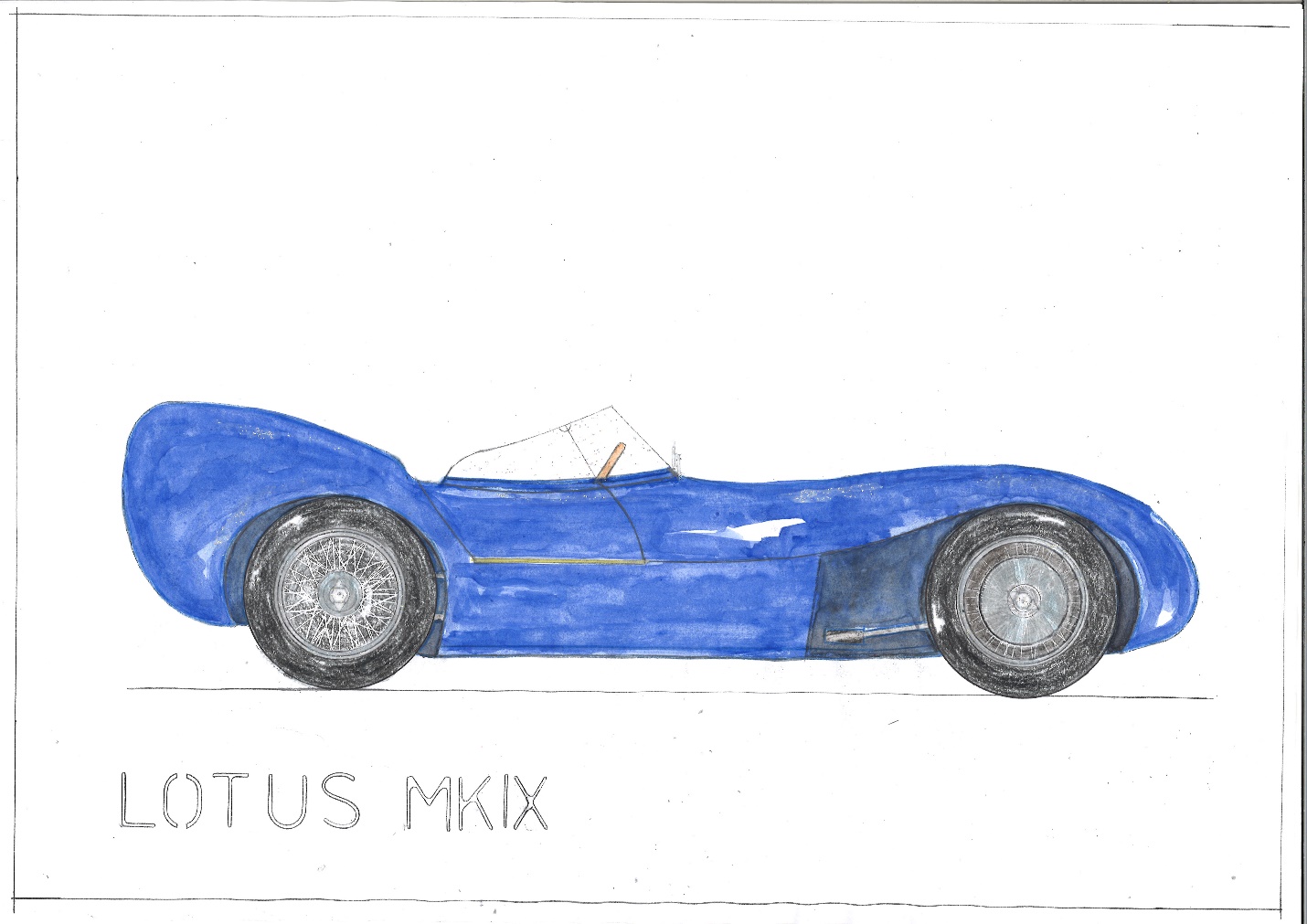 Figure 4.Editors sketch drawing of side elevation of Lotus Mk.IX

We suggest that subscribers try and access a Midlantic scale model of the Mk.IX in order they can better appreciate the 3D interrelationship of the design.

The editors find the lines of the Mk.IX appealing .There remains an organic aerodynamic shape achieved primarily through the four wheel arches, the rear obviously blended into the fins.

The wrap round screen a metal tonneau over the passenger side of the cockpit does not detract and lends a compactness to the overall design. Access to the driving seat and visibility are good.

Rather than repetition we direct subscribers to the magazine article noted. We hold a copy in A&R library if needed. A reproduction is also printed in Capel and Clarke. 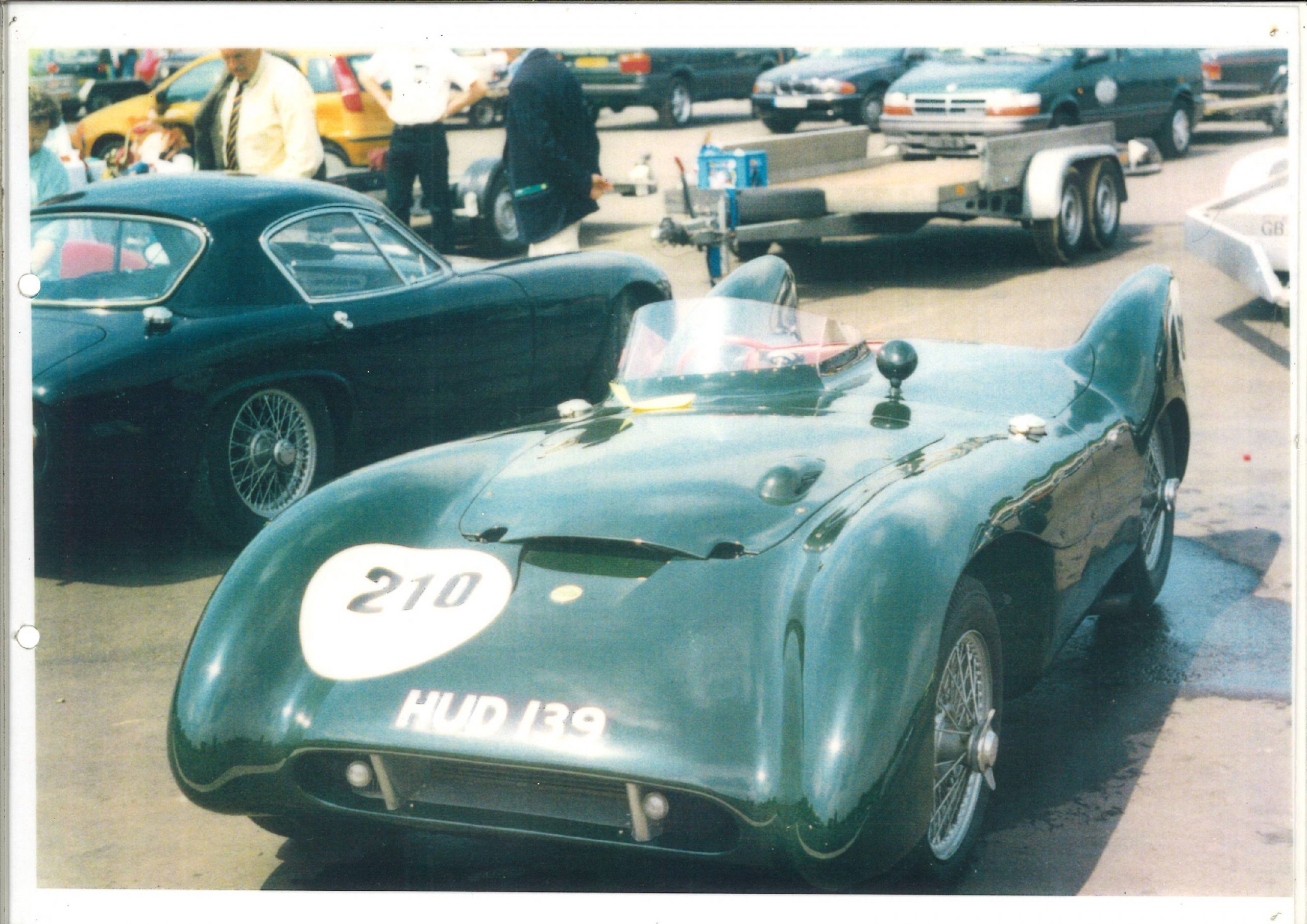 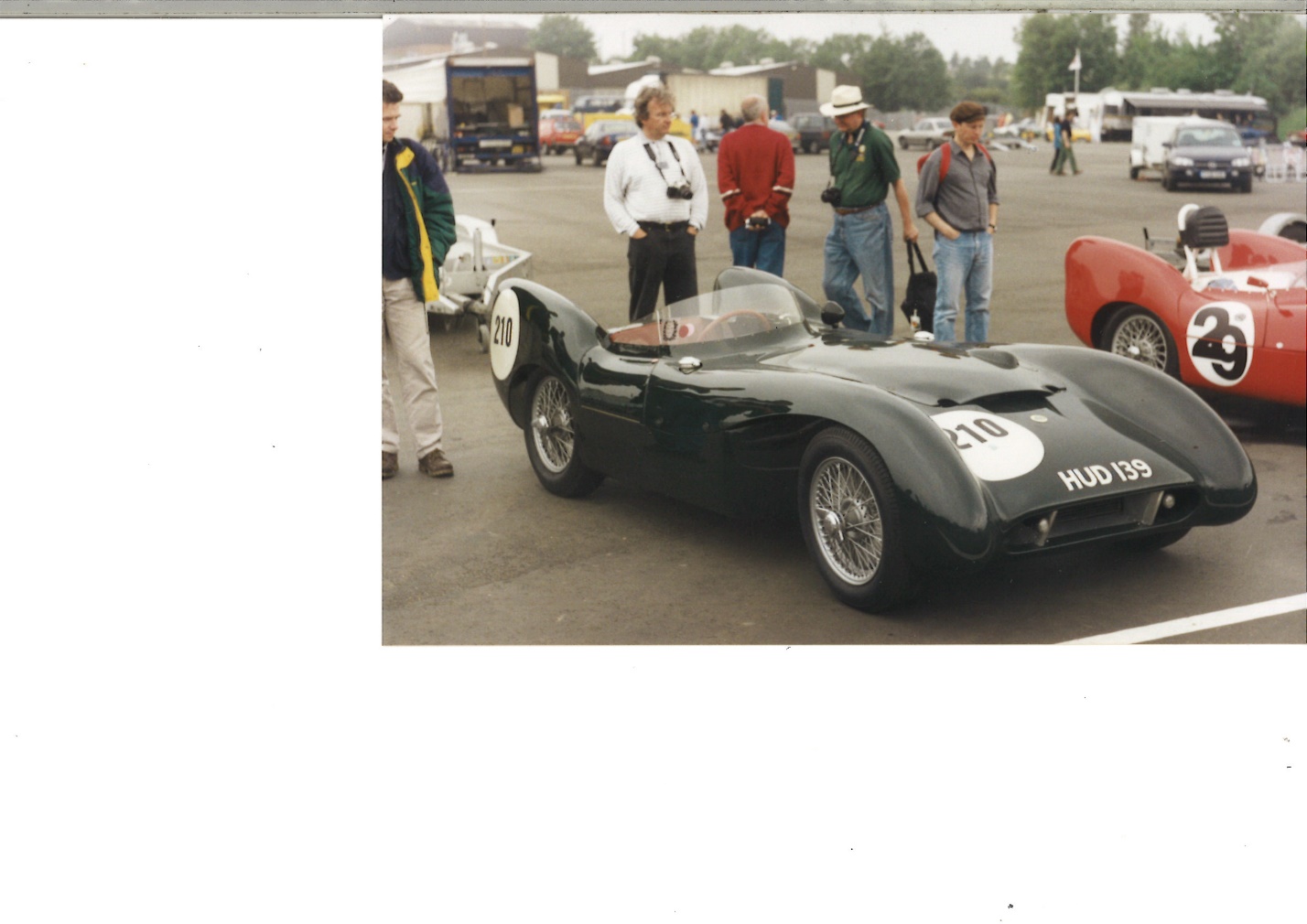 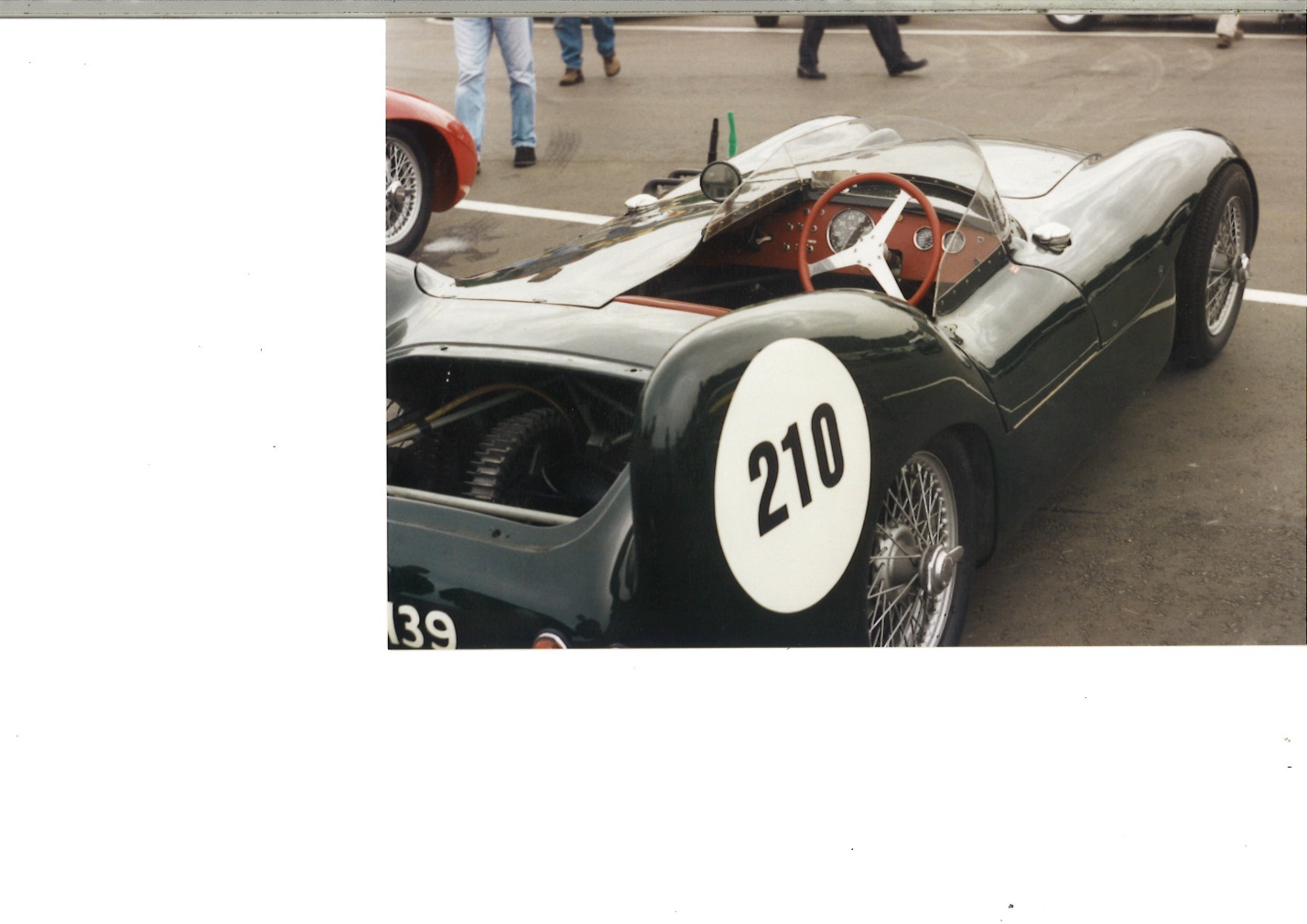 Figure 2.Editors photograph of Lotus Mk.IX .Note inboard brake at rear as seen through boot lid. These are the magnesium finned items written about in detail in many reference books. 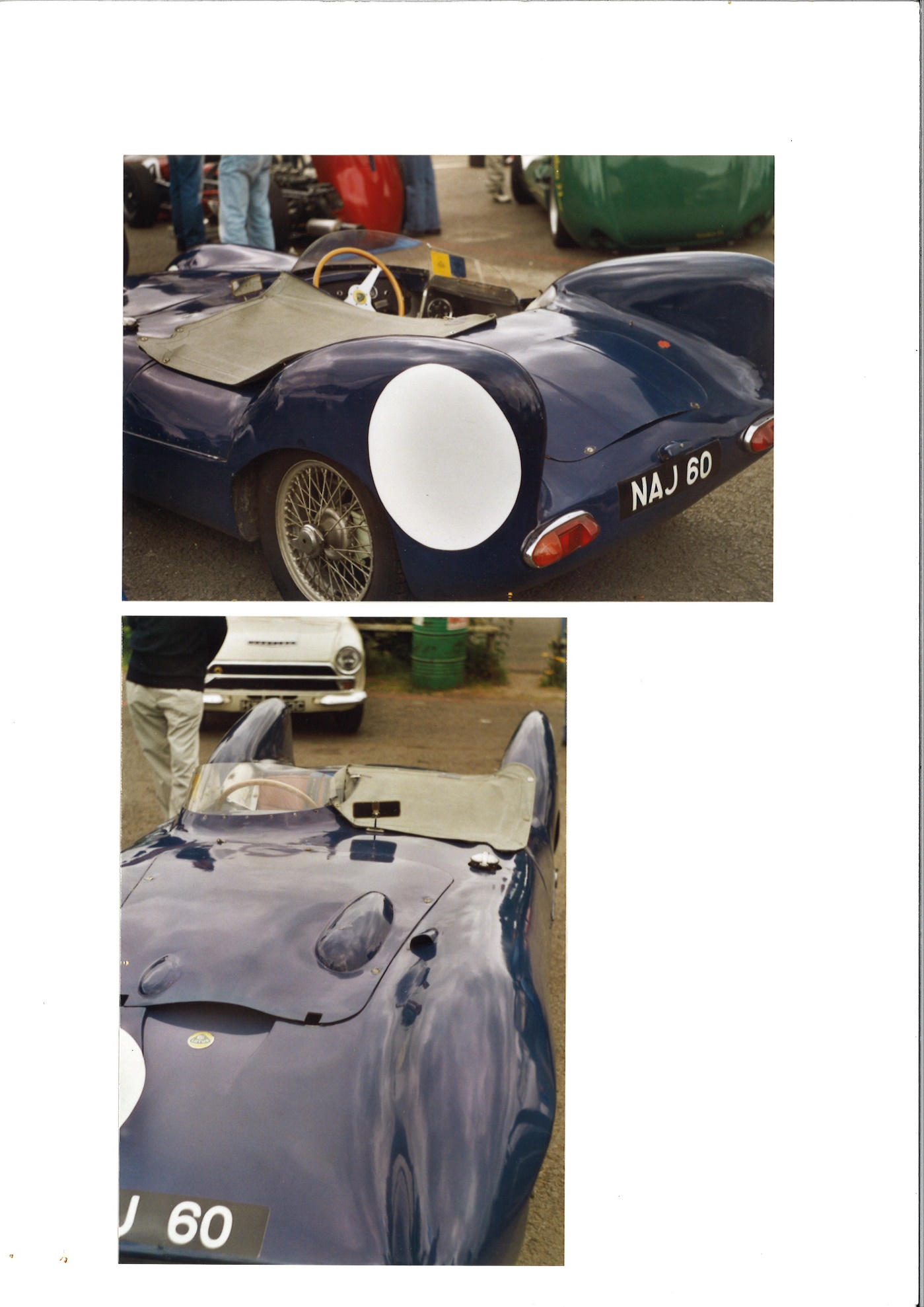 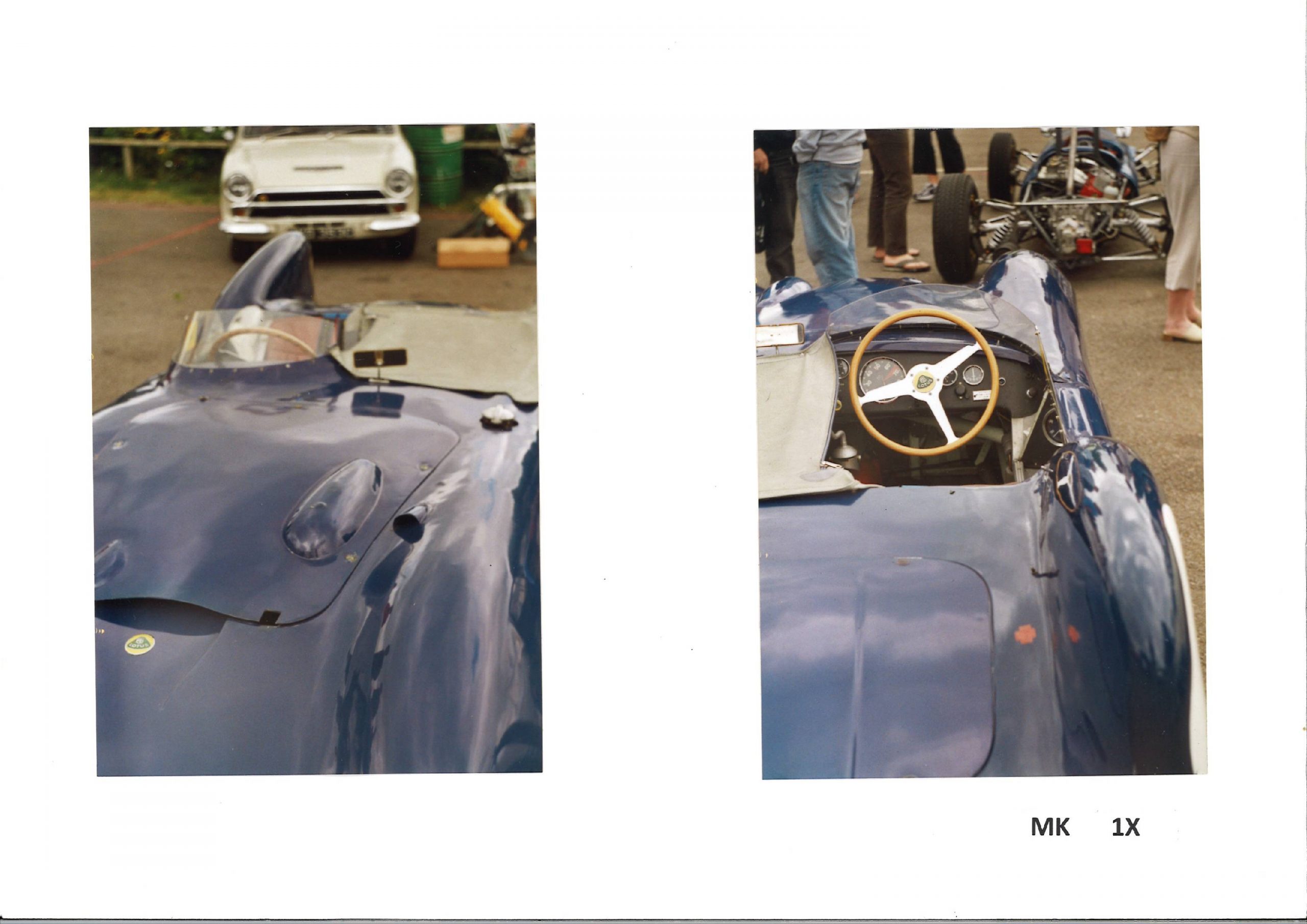 Fig .6: Editors photographs. The Lotus Mk.IX is an extremely beautiful and complex aerodynamic shape and worthy of detailed attention and record.

It was great honour and achievement for Lotus to be accepted for Le Mans.

Chapman was to drive with Ron Flockhart.

This was also the year of the horrific accident when large numbers of the public were killed.

The editors suggest the selection of the car fitted with Coventry Climax engine was significant as an indication of performance, expected reliability and potential to compete in recognized class.

Avoiding repetition we direct subscribers to the important “Classic Cars” double feature on the Le Mans Mk.IX [XPE 6].Again copies in A&R and Capel and Clarke. These sets of articles are important summaries of the historical importance of this Le Man’s car and its technical specification.

The following are some speeds recorded at Le Mans typical of the mid 1950’s era. Subscribers might like to compare these with Road Test data recorded by Bolster [see below] Data from the net:-

“49 miles per gallon at a mile a minute”

This was the strap line of “Motor” article on the Mk.IX with 1100 cc Coventry Climax engine. The testers record the speed available with different gearing.

They also take the trouble of publishing drag weights and a small comparison with other marques.

The reported findings were very significant.

Both Bolster and test drivers at “Motor” were complementary about handling and the suitability of the car as sports car.

This Road Test is more important than imagined .Not only objective it provides interesting contrasts of two different engines. This complementary with the Le Mans performance are likely to have profound influences on sales. These tests would reach an international audience.

The sales material of the era is worthy of examination.

Lotus was offering the Mk.VI and IX in component form. These were an inducement to purchase in the event customers had existing engines. Also it would assist budgets and possibly allow incremental build up.

Some enthusiasts might for instance overhaul or commission and engine whilst awaiting delivery of chassis body unit. 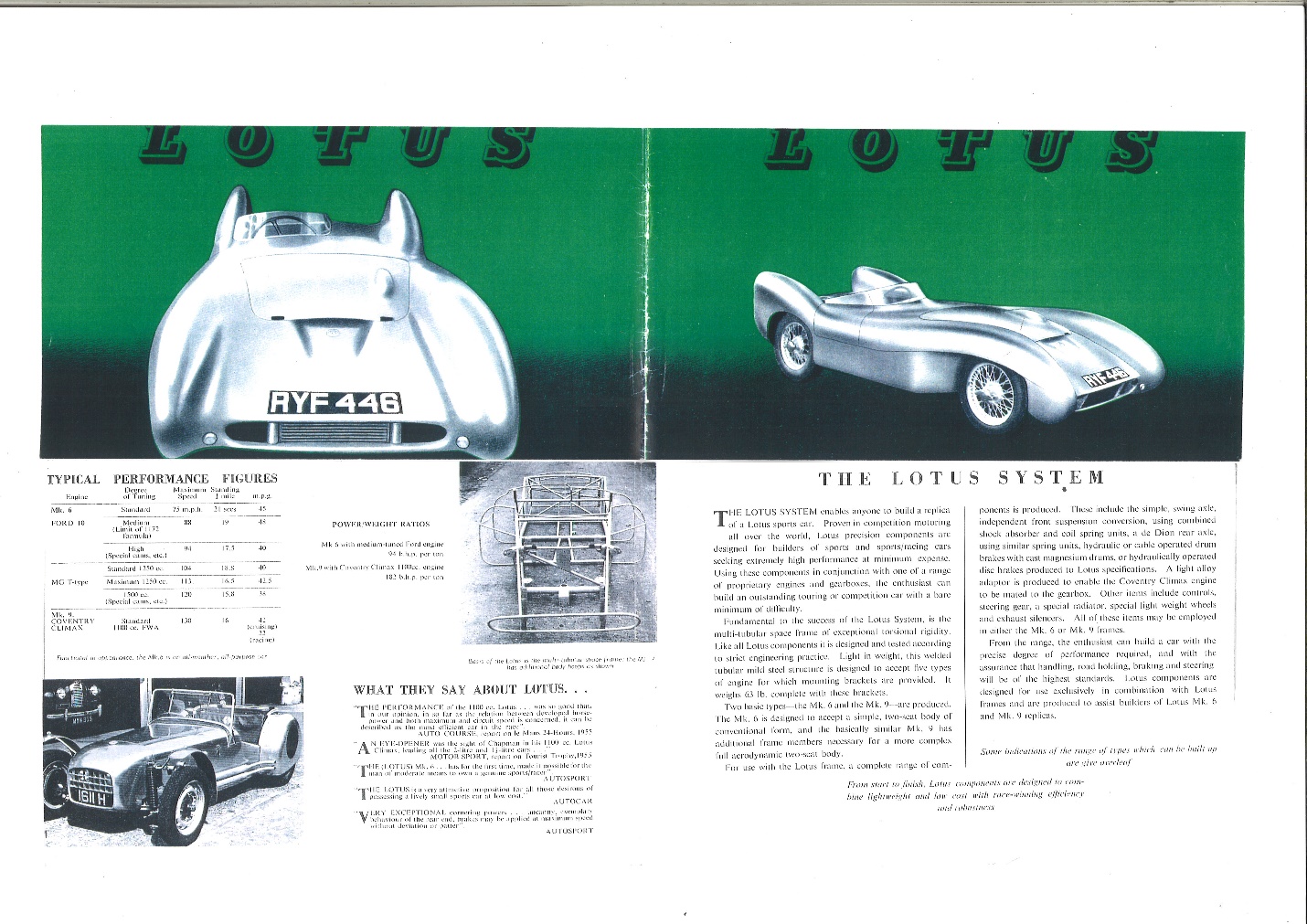 Figure 4.Lotus sales brochure for Mk.VI&IX.A&R collection. Note the Mk.VI shown is the ex-Chapman car and in the editors mind one of the most handsome of the Mk.VI.

In a 1955 edition of Autocar in an article entitled “Lotus Mark Nine Competition car. The IX was priced at £850 in kit, less engine and gearbox.

“as there were now Customers purchasing complete cars –initially these were mostly overseas buyers –a full retail price had to be quoted .with the 1100cc Coventry Climax engine fitted this was listed at £1,150 –in this country the crippling burden of Purchase Tax had also to be added…….because of the lack of space and the desire to enable the enthusiast to construct his own motor car ,Lotus were still very keen on supplying the Mark 9 as a chassis /body unit and then modifying and producing the other components for the customer to assemble himself.”

Capel and Clarke reinforce this point confirming with Purchase Tax the total price was £1633.

It would be good research to examine other British specialist marques and their offer /production figures .In this instance the editors consider Cooper might be closest rival in capacity class.

Lotus at the Motor Show

“Lotus was accepted as members of the Society of Motor Manufacturers and Traders and in 1955 was therefore able to display its wares for the first time at the October 1955 Earls Court Motor Show, including a highly polished Mk.IX without any body panels……….”

Subscribers are directed to the internet to explore the Pathe news coverage and imagery of the event.

It has to be noted that as Britain moved from austerity to prosperity this event possessed great significance as indicator of recovery, British technology, exports and manufacturing. Personal possession of a car was status symbol and offered freedom and linked up with fashion and life style.

Members of the SMMT were proud to exhibit .For Lotus it was very significant as it accorded them great status and recognition.

We have to appreciate the context of the times to fully appreciate this achievement and how it was reached so soon into the young company’s existence.

Two Mk.IX were dispatched to race at Sebring [1100 cc class]

This was important for Lotus. Although the Mk.VI had found its way to the US the editors believe the arrival of the Mk.IX was a watershed.

Taylor suggest that 24 Mk.IX were produced. The editors consider it would be good research to establish the exact number exported to the US.

The proposed museum believes that commercial considerations are both necessary and complementary with its educational objectives.

For these reasons our Business Plan includes provision for promoting products and services which share Chapman’s ideals of mechanical efficiency and sustainability. In addition we propose merchandising that explain and interprets the social and cultural context of Chapman’s designs in period. It’s suggested there will be catalogue for on line purchasing.

Conclusion: Tales of the Unexpected and Expected!!

Repetition is unnecessary. neither is the need for an extended conclusion. The evidence is there. In 1955 along with the Mk.IX the Lotus brand was established barely 3 or 4 years into its existence. Chapman and Lotus had taken off and they were delivering:-

In a light hearted fashion [and source of exhibition title] we might make some word play and comparison with Lotus and Chapman.

Some people believe the nine lives myth is related to cats‘ ability to always land on their feet. Cats are also known for their dexterity and agility. Over time, people witnessed cats survive in situations that surely would have severely injured other animals. This might sum up aspects of Chapman.

The editors like to think that the proposed CCM&EC justifies its educational role as this article demonstrates Chapman and Lotus provide educational opportunities far wider than engineering not least into product planning and development along with marketing.

The Mk.IX were built at Tottenham Lane ,Hornsey.Subscribers are invited to examine the many reference works as both Chapman and the Mk.IX are photographed with recognizable background and townscape of Hornsey in period

Le Mans from the net:-