Lucas: and Lotus charge of the Light Brigade 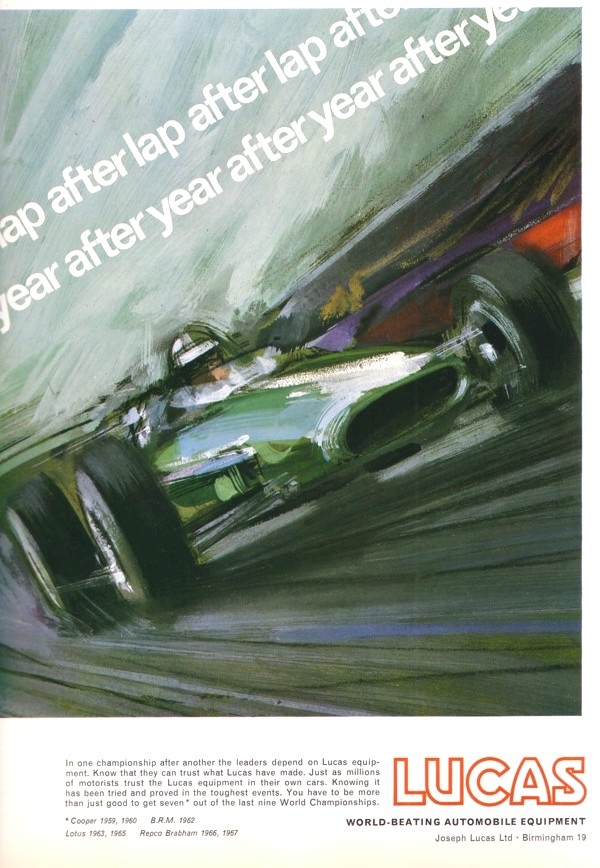 Figure 1: Image from the net.Highly redolent portrayal, although not identifying Clark

The following are detailed reference works relevant to this subject:

The origins of Joseph Lucas are extremely modest with a base in Birmingham extending back to the late 19th century.

Lucas equipment was involved in motorsport from the 1920’s with Norton motorcycles and Bentleys at Le Mans.

Further support was given to land speed records.

Later Lucas contributed to Jaguar, BRM, and Coventry Climax, Ferrari and into the Cosworth era.

WWII Lucas produced electrical equipment for military and civil vehicles and for aircraft. Many of its standard products were adapted for war uses: for example, its windscreen-wiper motors were used to operate aerial cameras and its starter motors were adapted for the electrical control of tank gun turrets. Outside its normal fields, Lucas produced a wide variety of military requirements including gun turrets, aircraft wing sections, primers, fuses, anti-aircraft shells, bombs of various kinds, control and release mechanisms and metal pressings. It also undertook research work for the Government, including research and development work on jet propulsion in factories it took over especially for the purpose [8]”

“The philosophy of the Lucas Management has always been that involvement in competition is primarily an engineering exercise….

Experts from the competition department attend the major rallies, the European GP’s and many F1&2 meetings in this country to ensure that any ignition, electrical or injection troubles can be dealt with….

Many problems that do arise are usually due to incorrect installation, so the Lucas field service engineers are usually at their busiest during the early part of the season.

In addition to the equipment it provides for racing teams, Lucas also makes a considerable contribution to facilities at many circuits …

“Lucas has been involved with motor sport since the 1920’s, but it was in the 1940’s when the Lucas Racing and Competition Department was established following a decision to back the BRM project, both financially and technically

In 1951 Lucas engineers developed an electronic spark generator system ….which was soon adopted by most leading teams.

By the 1960’s this had been developed to the OPUS (oscillating pick up –see below) and RITA.

“The fact that out of the last 18 F1 World Championships have been won with Lucas –equipped cars is ample evidence of the priority that Lucas gives to its involvement in motor racing.

Lucas electrical, ignition and petrol injection systems have helped many a contender to championship success.”

In the post war era Lucas provided much of the following for the British motor industry:

Started officially in 1950 the Girling Racing Department offered the racing fraternity a product range of high performance drum and disc brakes and suspension units for cars and motorcycles.

Within a few years the reputation of the department for its trackside competence and service had established itself ….

The cars themselves are also well remembered particularly famous ones as the Aston Martin DBR’s, and Le Mans Lotus’s, the Coopers and Tyrrell ‘s.

The current F1 cars depending on Girling brakes are Ligier, Williams, Brabham and Wolf.”

Our reference works make it clear how both Coventry Climax and Cosworth used Lucas components.

Unique Books includes Lotus Climax 25 for 1963 in .Autocrar, 1963 where specialists supplies of ignition and fuel injection are listed as Lucas.

“A major departure in the design of the FWMV engine was the use of an all new electronic Ignition system made by Lucas…. Designed by Norman Jukes ….and Jack Laird…. The ignition system was only made for racing purposes where it’s high cost and limits temperature operating range was acceptable….”

Wagstaff writing of the Lotus 49 under Cosworth DFV Engine Specification references both the Lucas injection system and ignition system.

“The original Lucas injection system had in fact, been designed for use on Rolls-Royce Merlin V12 aircraft engines and, as a result, all parts were made in the aircraft division of Lucas “

Nb Hammill provides a graph showing the differences between Lucas fuel injection and the DCNL Weber carburettors as fitted to the Mk.III “short stroke “FWMV engine.

“Lucas petrol injection was widely acclaimed during the 1950’s and Jaguar D types won at Le Mans in 1957 using the Lucas system. But it was only in 1961 that F1 cars swung over to petrol injection.BRM were the first to use it and as the Lucas system became more sophisticated the engine manufacturers decided that it was the system to use.”

From the Coventry Climax Racing Engine 1961-65:

“In 1963 the Lucas fuel injection system was fitted. This made it possible to achieve really clean acceleration out of a bend, and was a most worthwhile modification.

Diagrams and cutaway drawing of the Lucas eight cylinder metering unit is given. 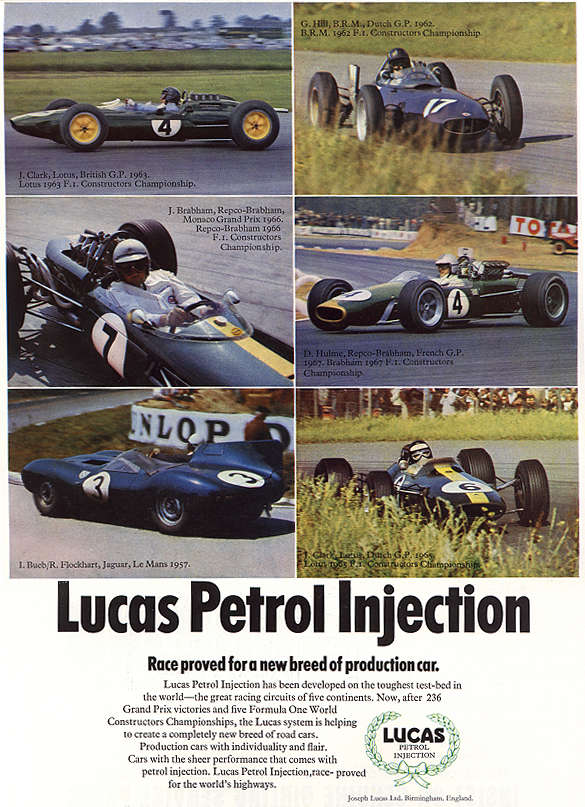 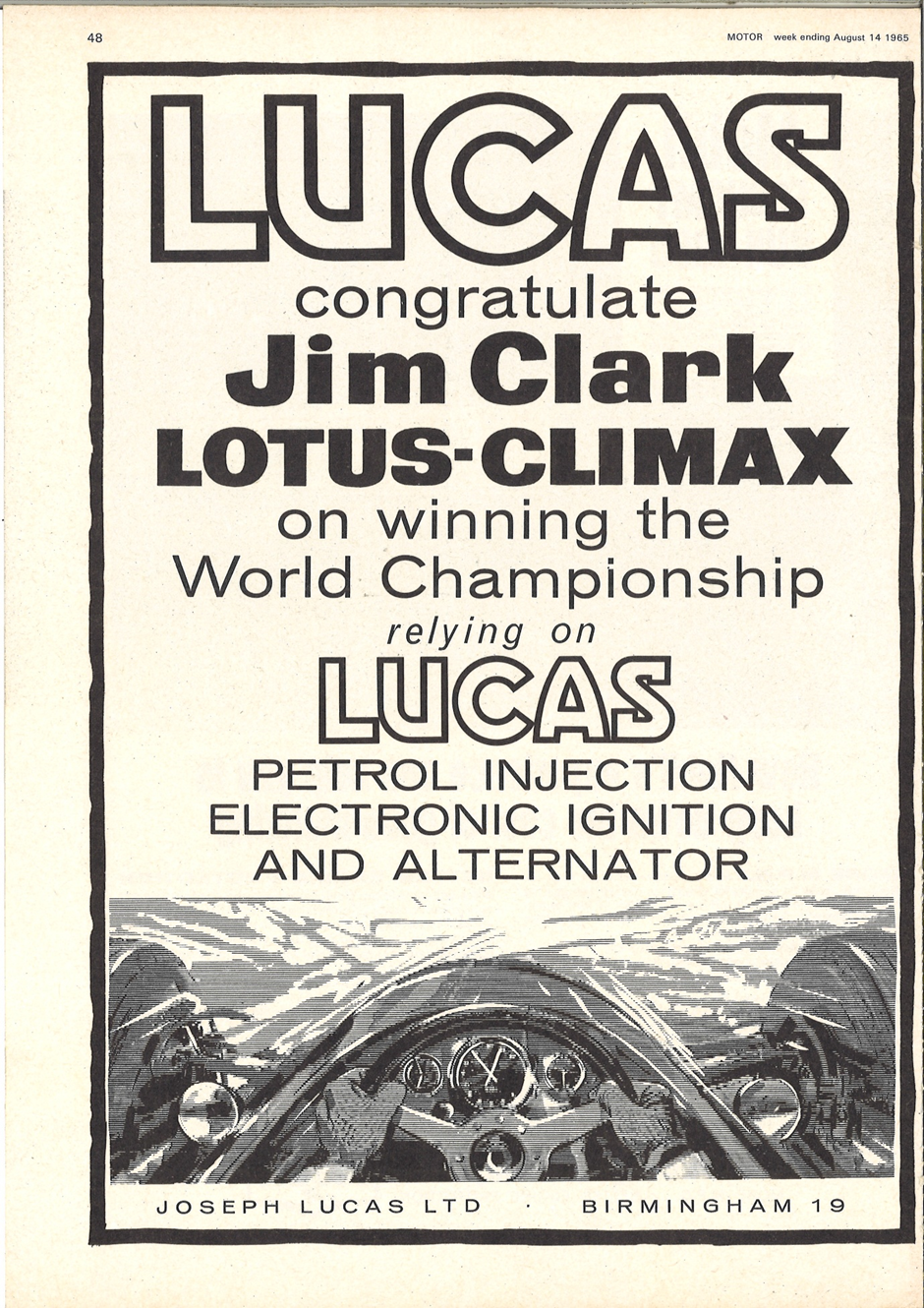 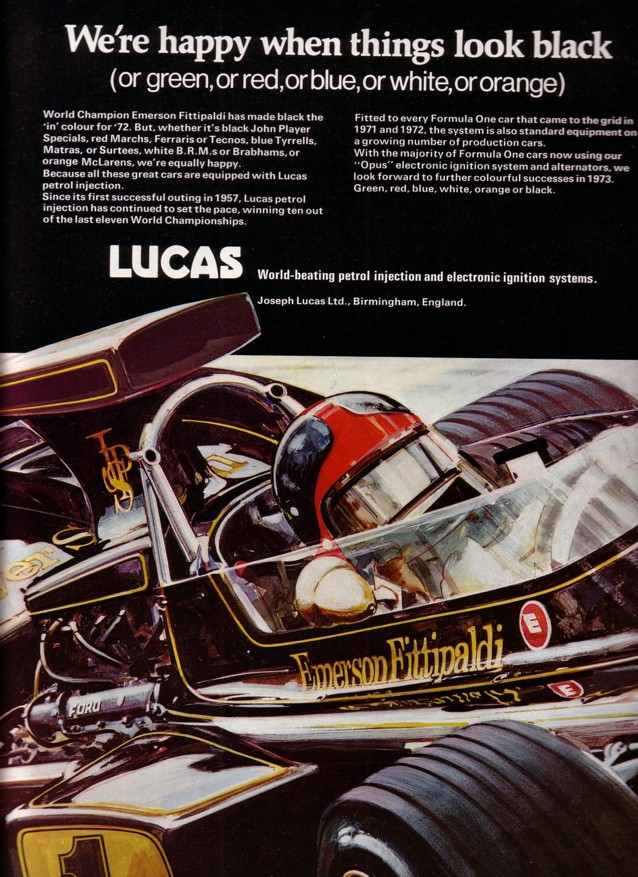 Figure 4: As above also linking with John Player Specials iconography

This method provided a more precise spark with less maintenance.

One of the first fully electronic systems to become established was Lucas OPUS which was initially proven in racing at Formula One level and then entered production on the Jaguar V12 – an engine for which contact breakers would have been totally impractical. The name is derived from the method of operation, i.e. Oscillating Pick-Up System. 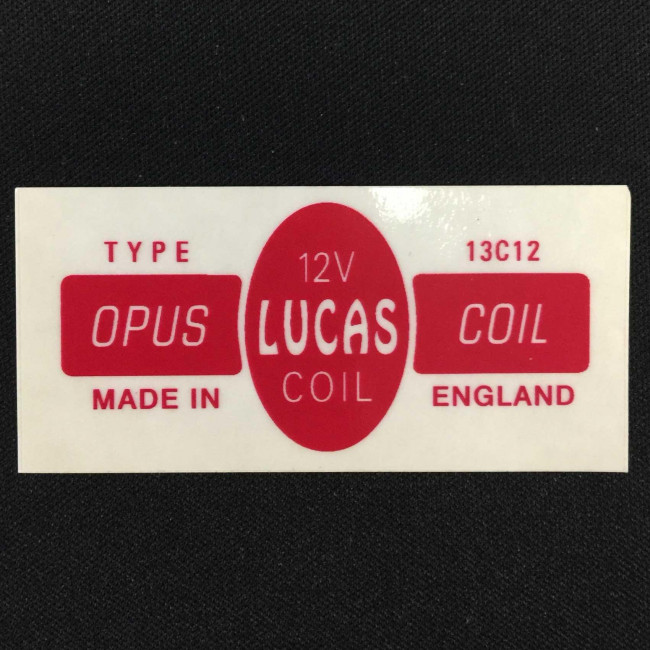 Figure 5: Image from net, see connection with editor’s sketch below

Kettlewell described this as “basically an OPUS without an oscillator” 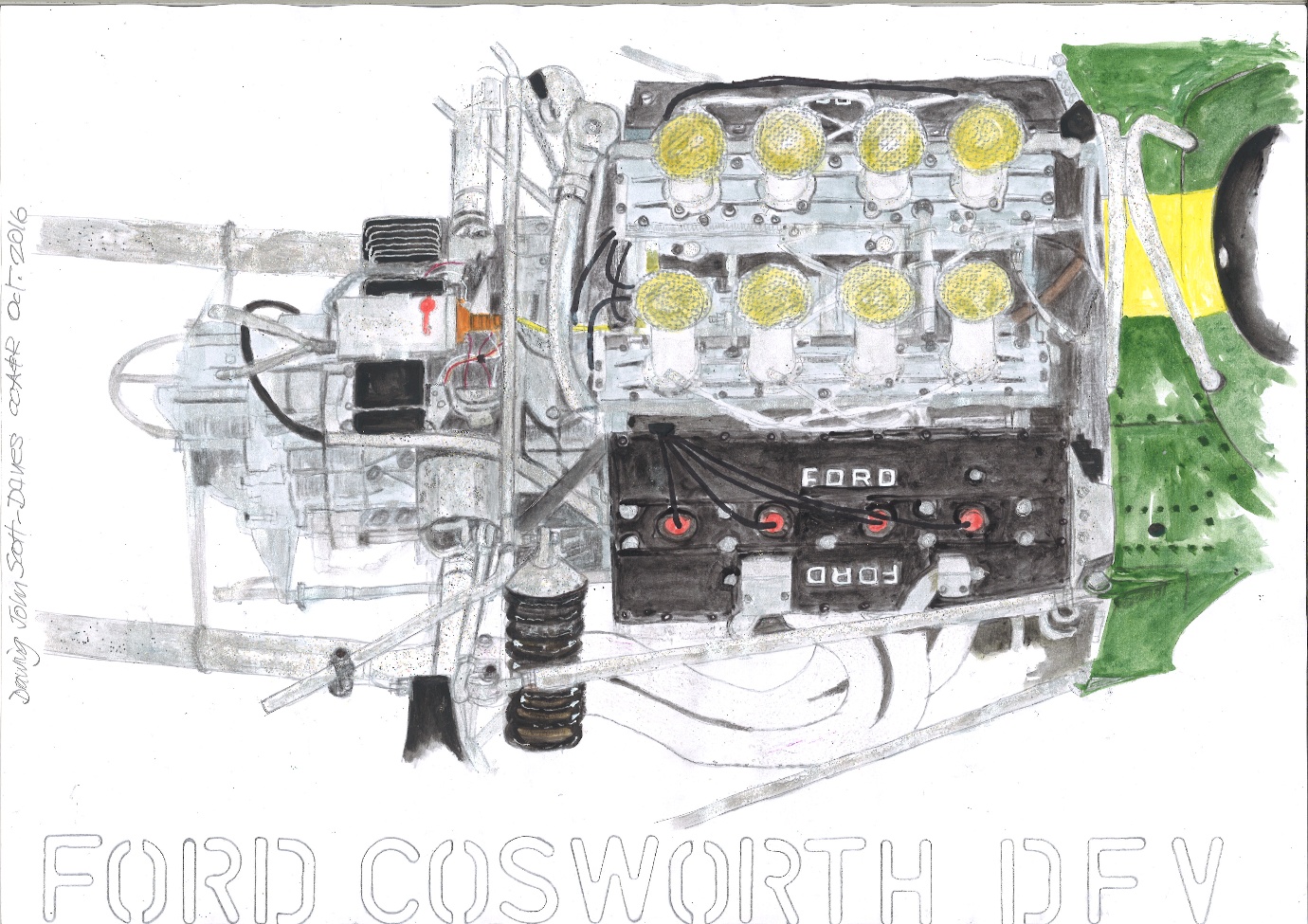 Figure 6: Editors sketch drawing that connects with both Lucas ignition and fuel injection 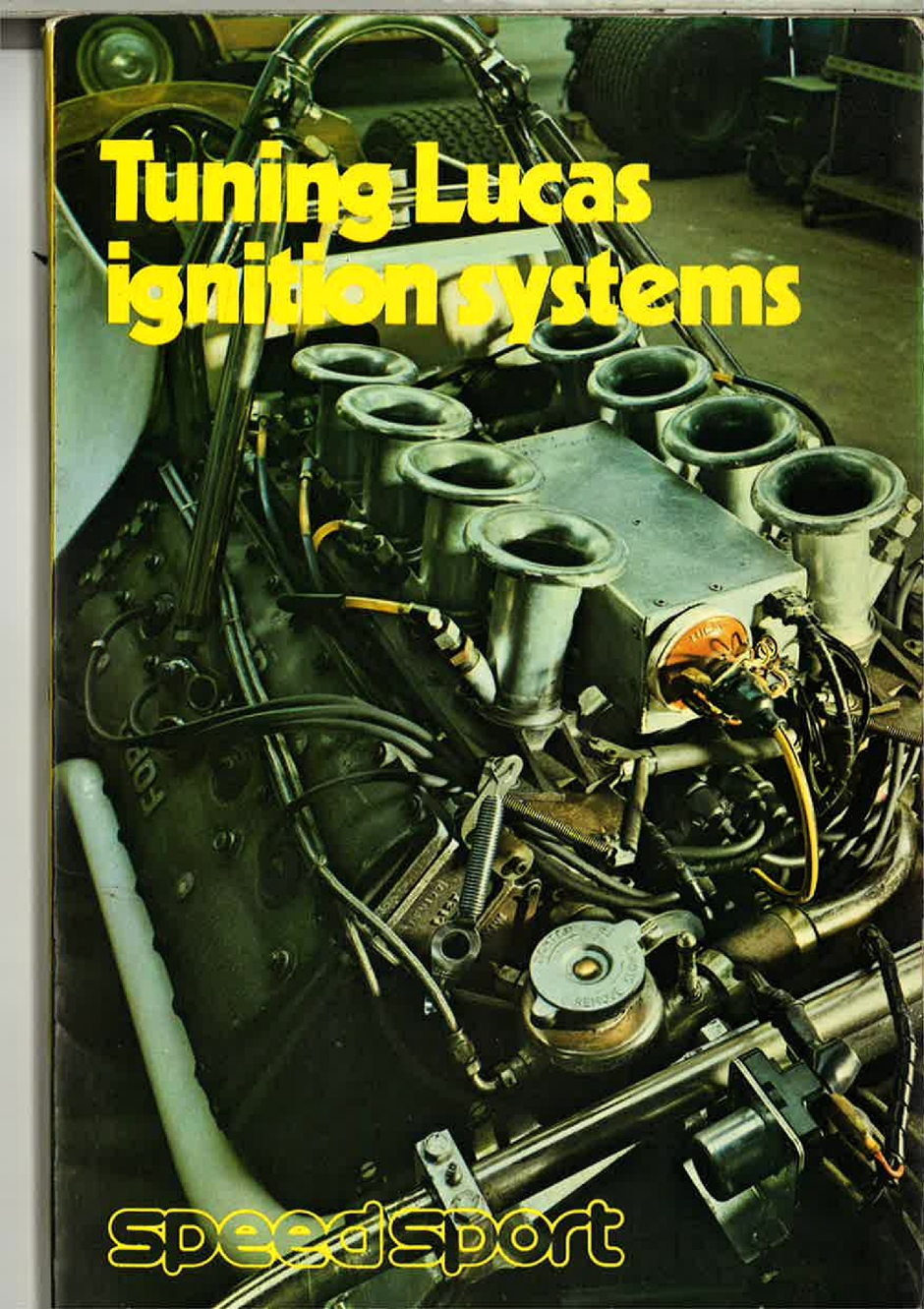 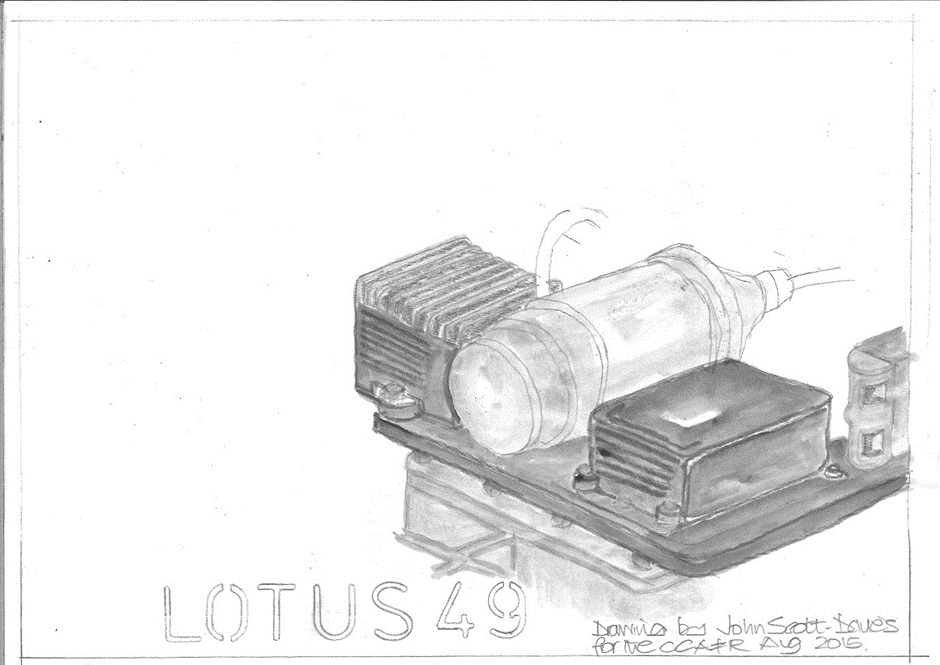 They assisted Lotus achieve multiple F1 World Championships across changing engine/performance technologies and era’s.Furthermore Lotus were often at a power and budget disadvantage and equipment and technology like those provided an equalisation.

Lucas as an industrial heritage worthy of detailed study. Rags to Riches and predominantly British, located in heart of post war British motor industry of the Midlands with several major manufacturing sites in its heyday located around the UK.Not least in Park Royal, London.

Lucas has a rich technology, economic, commercial, entrepreneurial and social history worthy of close study. Amongst this is its aviation links. Like many of the Lotus specialists developed advanced engineering with reliability where and when they were needed during the war and in post war civilian aviation and defence.

Lucas promotes itself as:

“Lucas products are driven by engineering excellence and a spirit of innovation that’s ensured our continued global success. The brand’s reputation is built on an extensive range, exceptional technical durability and endurance, and outstanding quality.

Lucas have been providing all this for over 135 years – and we’re still growing. That’s why the brand has been continuously trading longer than any other automotive component brand in the world.”