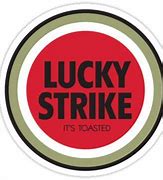 See internet for details and history of this American Tobacco Company.

In the Chapman/Lotus era the Company was identified with tobacco manufacturer and advertising. Earlier it had used celebrity endorsement and branding to increase sales – see chapter on Raymond Loewy below.

In particular Lotus sold both types 49 &72 to privateers.Of whom Dave Charlton racing in South Africa is possibly one of the most successful.

See net for a variety of others.

“From 1972 until the team’s departure in 1975, Lucky Strike sponsored the Scuderia Scribante team, which were also known as “Neville Lederle” and “Lucky Strike Racing”. The cars, driven by Neville Lederle and Dave Charlton, were some of the first to be sponsored by a major tobacco company after the Lotus Team got sponsored by Gold Leaf in 1968, and Marlboro started sponsoring British Racing Motors in 1972 and later McLaren in 1974.[21][22] The team mainly participated in the South African Grand Prix in Kyalami, but during the 1972 Formula One season, the team also participated in the French Grand Prix in Circuit de Charade, the British Grand Prix in Brands Hatch and the German Grand Prix at the old Nürburgring.[23][24] After the retirement of the team, it would take more than 20 years before Lucky Strike would participate in Formula 1 again with the British American Racing team.” 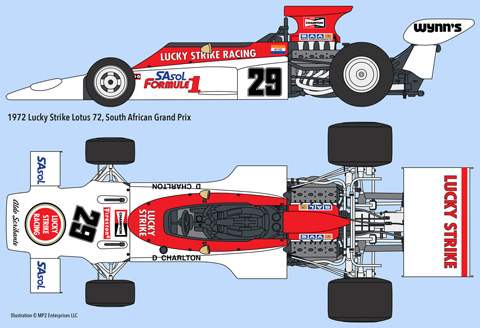 He features in our Design Heroes Series.

He redesigned the Lucky Strike packaging and branding.

“The white package actually was introduced to modernize the label and to increase the appeal of the package among female smokers; market studies showed that the green package was not found attractive by women, who had become important consumers of tobacco products. The war effort became a convenient way to make the product more marketable while appearing patriotic at the same time.[14]

Famed industrial designer Raymond Loewy was challenged by company president George Washington Hill to improve the existing green and red package, with a $50,000 bet at stake. Loewy changed the background from green to white, making it more attractive to women, as well as cutting printing costs by eliminating the need for green dye. He also placed the Lucky Strike target logo on both sides of the package, a move that increased both visibility and sales. Hill paid off the bet.[15]”

There can be little doubt about the significant contribution made by Lucky Strike and Dave Charlton.