This article on the Elan Sprint is brief because:-

Overall this article is a piece of the jigsaw we are assembling to comprehensibly study and analyse Chapman’s and Lotus contribution to motoring progress and popular Culture.

It also calls to attention the fact Chapman and Lotus were a commercial organisation that responded to market conditions.

The website records the origins of the Sprint as thus:-

“In the summer of 1970 Graham Arnold, Lotus’ Sales Director, wanted to introduce a gold leaf liveried Elan to enhance the car’s image and reflect the Formula One Team Lotus success and sponsor link. This may have been partially as a result of a group test in Motor magazine, where the testers felt that the S4 Elan was starting to fall behind its competitors. This criticism, allied to falling sales, may have led Arnold to come up with the idea of a Sprint paint job for the S4, which in turn would have given him an excuse for a “launch” and additional test reports.

The Sprint was announced at the Earls Court Motor Show on 14th October 1970 and the right hand drive DHC and FHC concept cars were on the stand. However, the same publicity sheet as above had the Big Valve engine specifications added to it. Lotus World carried the press announcement, which indicated that the Sprint would be sold with three final drive options, thus justifying the Sprint name. It also mentioned the Big Valve engine, of 135bhp, as well as two tone paint finish.” 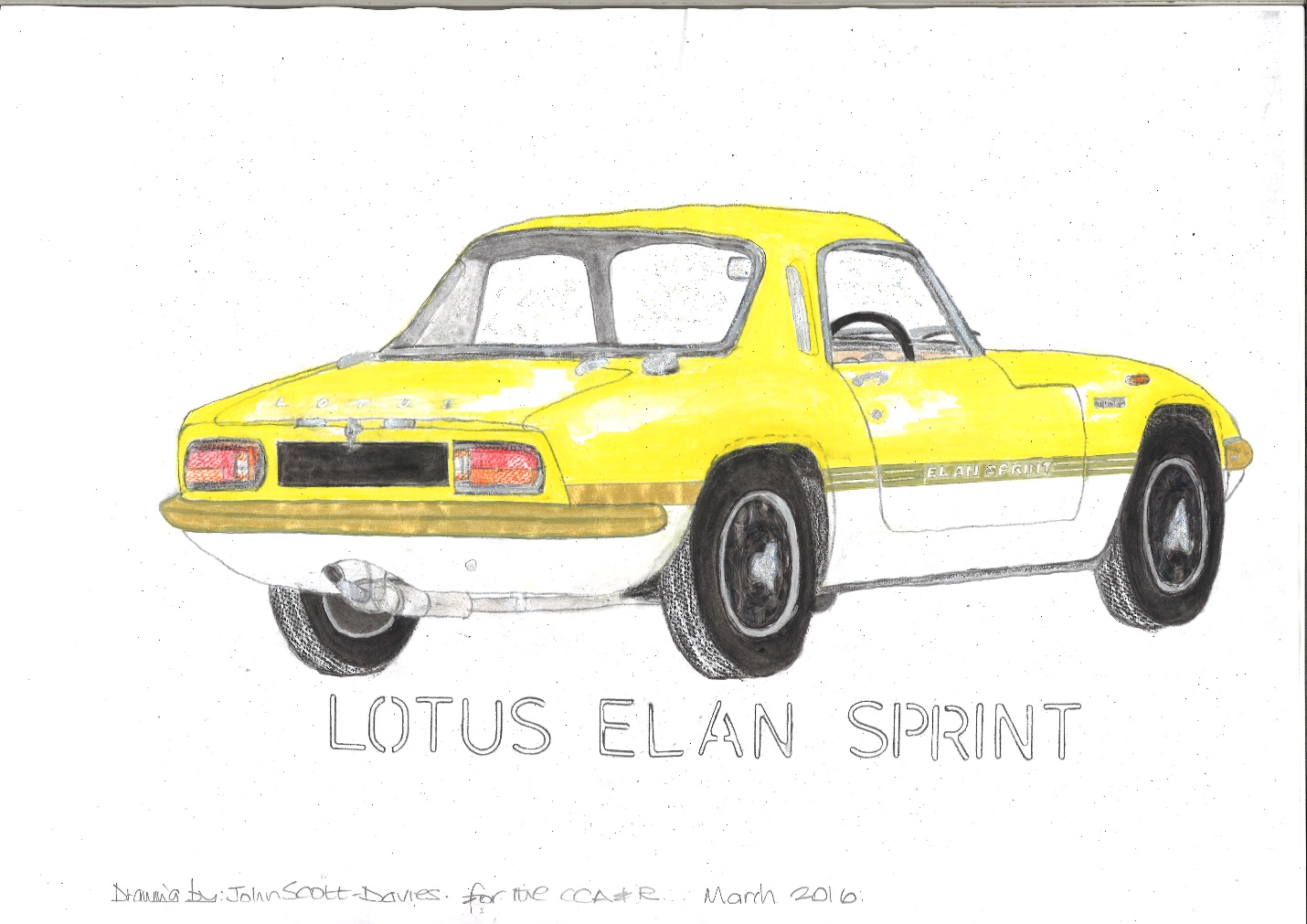 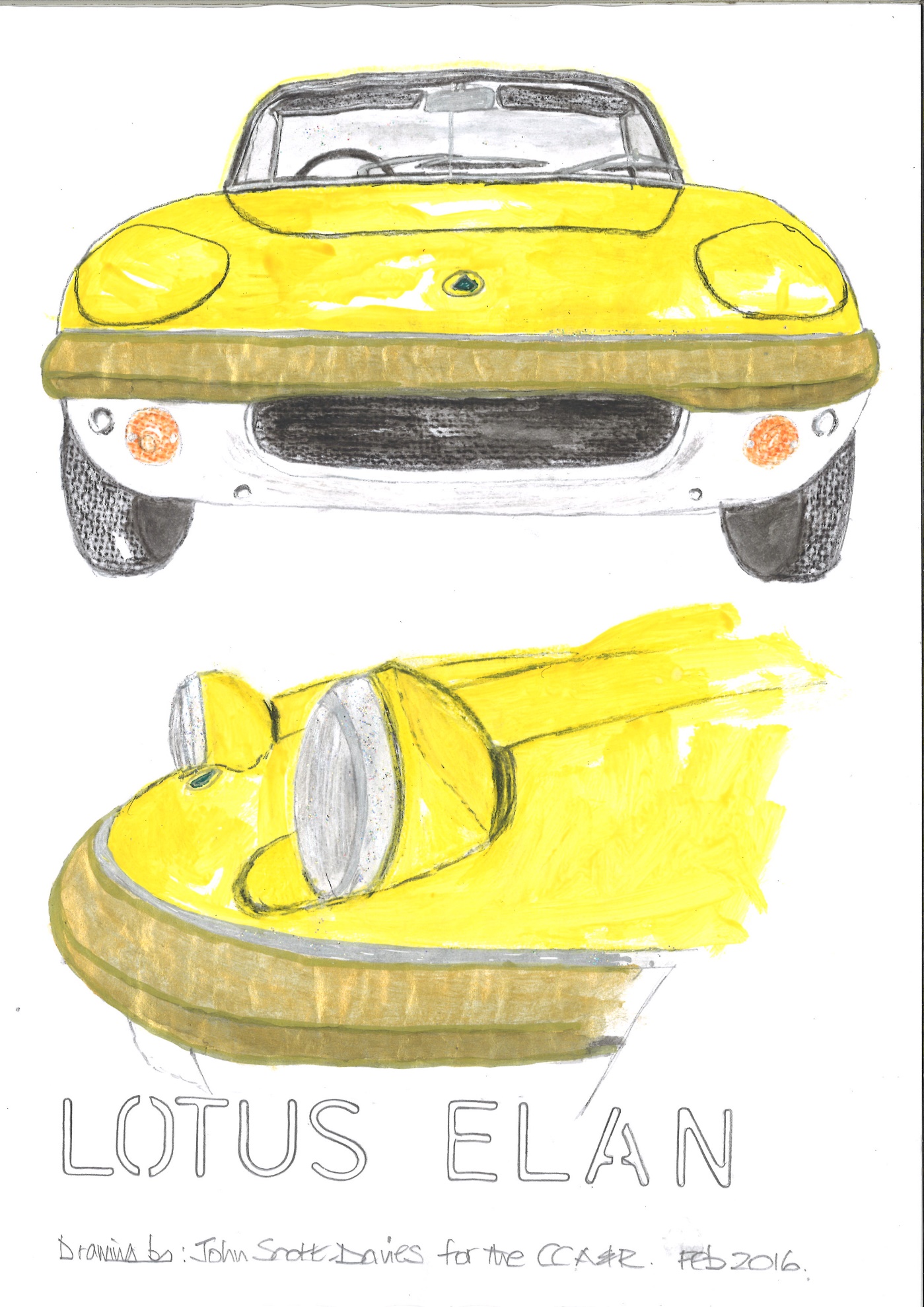 “These shattering times re of course attributable to the Elans excellent power to weight ratio. The car weighs a fraction over 14 cwt [ 711kg] ….with this sort of performance on tap we reckon the Elan Sprint is probably one of the quickest ways of getting from A to B in Britain………outstanding road holding is coupled with ride which in our opinion has yet to be bettered in a sports car……..

The Sprint is certainly the best Elan we have tested and retains its position as one of the finest sports cars in the world. We were most impressed by it”

They also noted the faults. 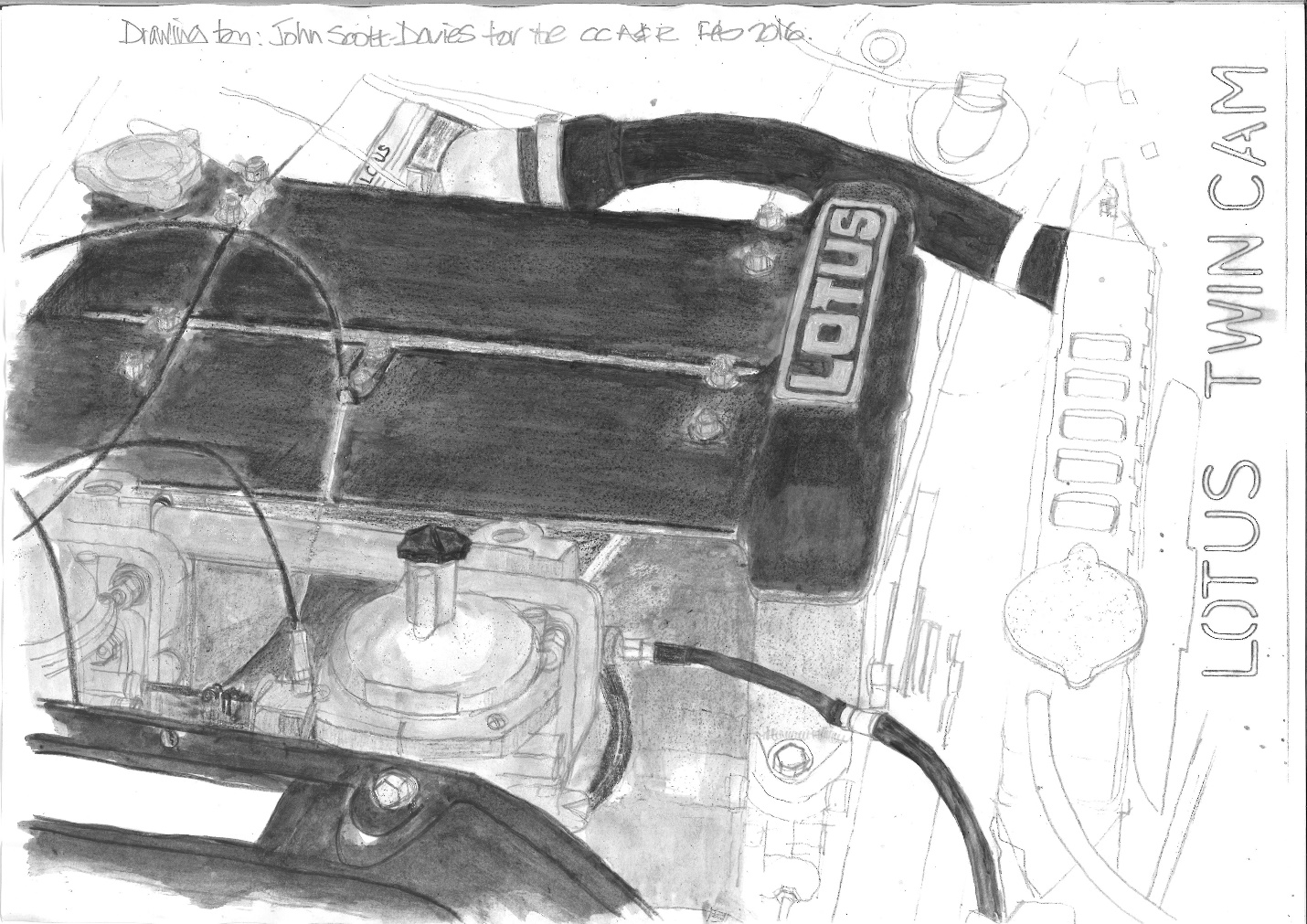 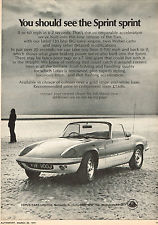 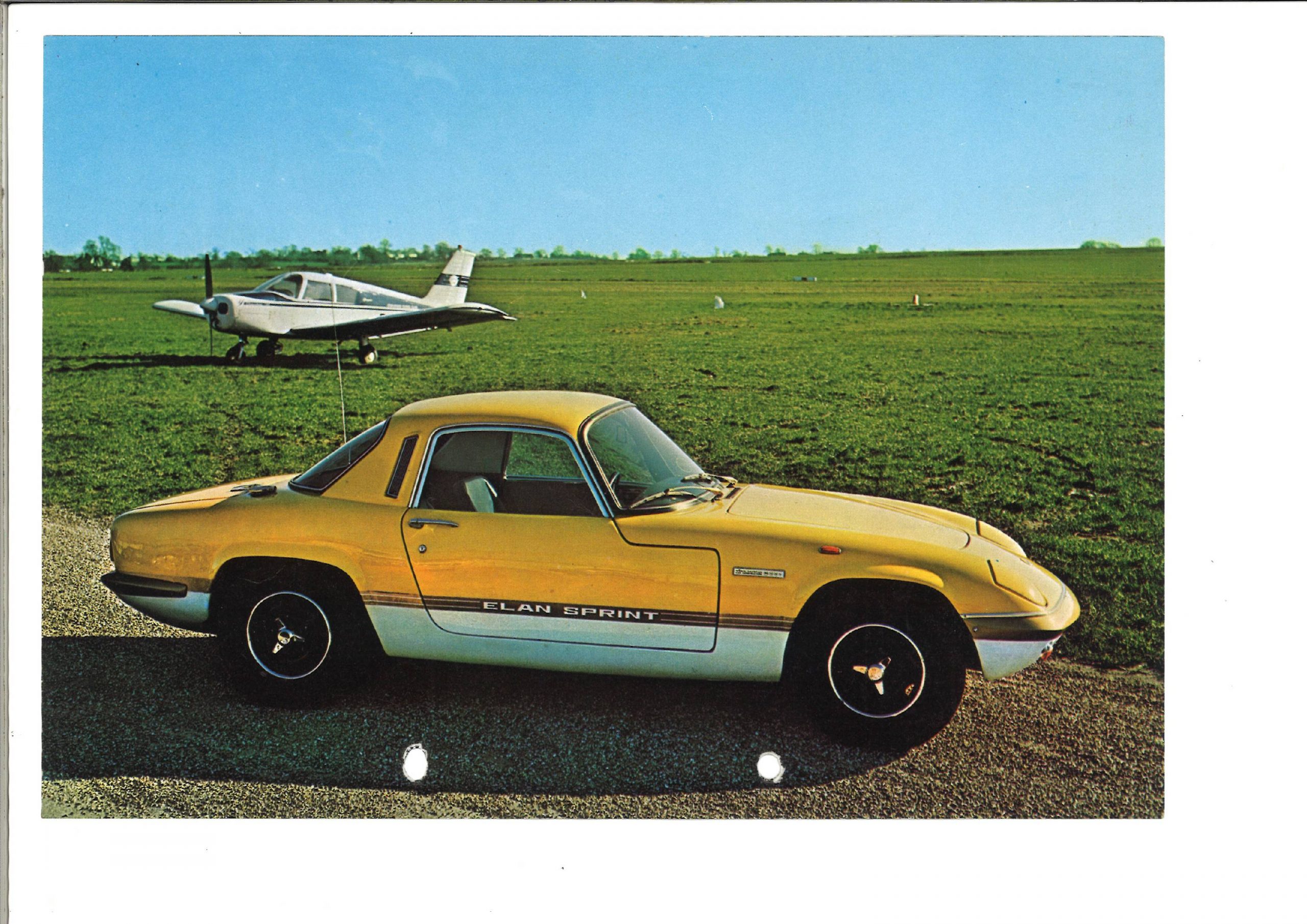 We conclude briefly; as we started -bullets suffice:-