The FI designs of Colin Chapman were considerable not least because of his relatively low budget .He did not have the resources of a multinational to cross-subsidize its racing programme against publicity and a means of developing its engineers.

In order to evaluate Colin Chapman better the A&R is committing to a series of benchmarking exercises analyzing the design achievements of his peers. As part of the exercise we will examine some specific models from the respective seasons.

He was slightly younger than CC but belonged to the same 750 MC “school” of innovating/ improvising driver constructors. He also had an aviation background.

He was known to Chapman, had raced a Lotus and through the 1950’s frequented the factory.

Recommended by Len Terry he must have had potential.

Each of the assessments will adopt a set format for a degree of uniformity and fairer evaluation. The assessment criteria as follows [but again we are happy to take suggestions from our subscribers]:-

The editors are thinking of starting with Gordon Murray but will be influenced by our regular subscribers. The editors have been influenced by “The Art of the Formula 1 Car” but aesthetics alone will not influence inclusion.

“Maurice Philippe was bought up in Edmonton in East London and educated at Latymer School in Hammersmith. He won an apprenticeship with the De Havilland aircraft company in Hatfield. At the time the company’s technical department boasted a lot of racing enthusiasts, including Frank Costin and Brian Hart. They were members of the 750 Motor Club and in 1955 Philippe built his own racing car – called the MPS (Maurice Philippe Special). While racing in his spare time, Philippe helped to develop the wing structures for the Comet 4 aircraft. His next racing project came at the end of the 1950s when he joined forces with Hart and Len Terry to build a front-engined Formula Junior car called the Delta. This was crashed on its debut by driver Peter Warr.Philippe then left De Havilland to become a development engineer on the Ford Anglia engine. He continued to race a Lotus 7 in 1963 and 1964”

Maurice then went racing and impressed Colin Chapman enough with his designs to move to Lotus” He worked with Colin on:-

The MPS and Delta

“Maurice Phillippe was in the aviation industry when he became an amateur constructor with a one-off sports car, the MPS, in the mid 1950’s [Crombac suggests this might have been a one-off monocoque chassised car for the 750 Formula]; following it with the front –engined Formula Junior car at the end of the decade.

This had a Ford 105E engine, multi tubular frame and independent suspension all round, but like the other Juniors inspired by Clubman’s cars it was to be overwhelmed in the FJ mainstream”

Philippe at Lotus from Wagstaff

“in 1965 Len Terry left Lotus, suggesting MP –an aerospace designer and then development engineer on the Ford Anglia engine- should join the company, MP had been a member of the 750 MC and had built and raced his own cars ,including the MPS 750 Formula car and the Delta FJ.He also raced an ex- Keith Duckworth Lotus Seven.

Aircraft industry influence were strong in the early days at Lotus………….

Philippe could be said to have been thrown in at the proverbial deep end, drawing the BRM H16 powered type 43 and then becoming joint chassis designer with Chapman on the Championship-winning Type 49……………

The detail work on the Type 56 Indianapolis gas turbine car-what could be described as the first of the “wedges” –was the work of Phillippe………..

However prior to the 72 he produced the attractive but ultimately doomed Type 63 four wheel drive GP car…………….”

MP is said to have been a very private person.

Lotus cars designed or with contributions from MP

Avoiding repetition subscribers are directed to our dedicated articles 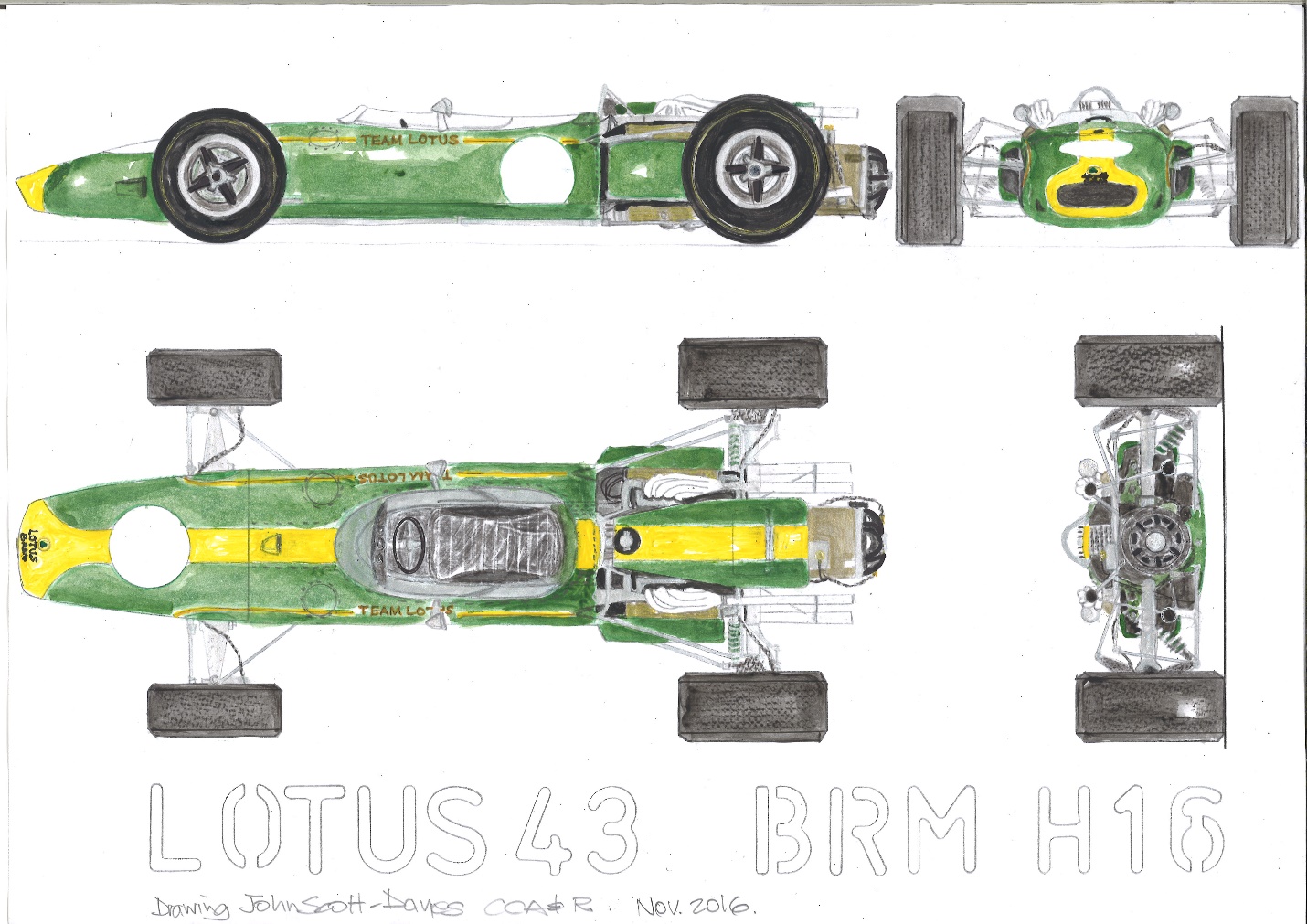 Avoiding repetition subscribers are directed to our dedicated articles .Its worth recording here that MP suggested aerodynamic recordings that fed later decisions relating to the type 72 [see Crombac] 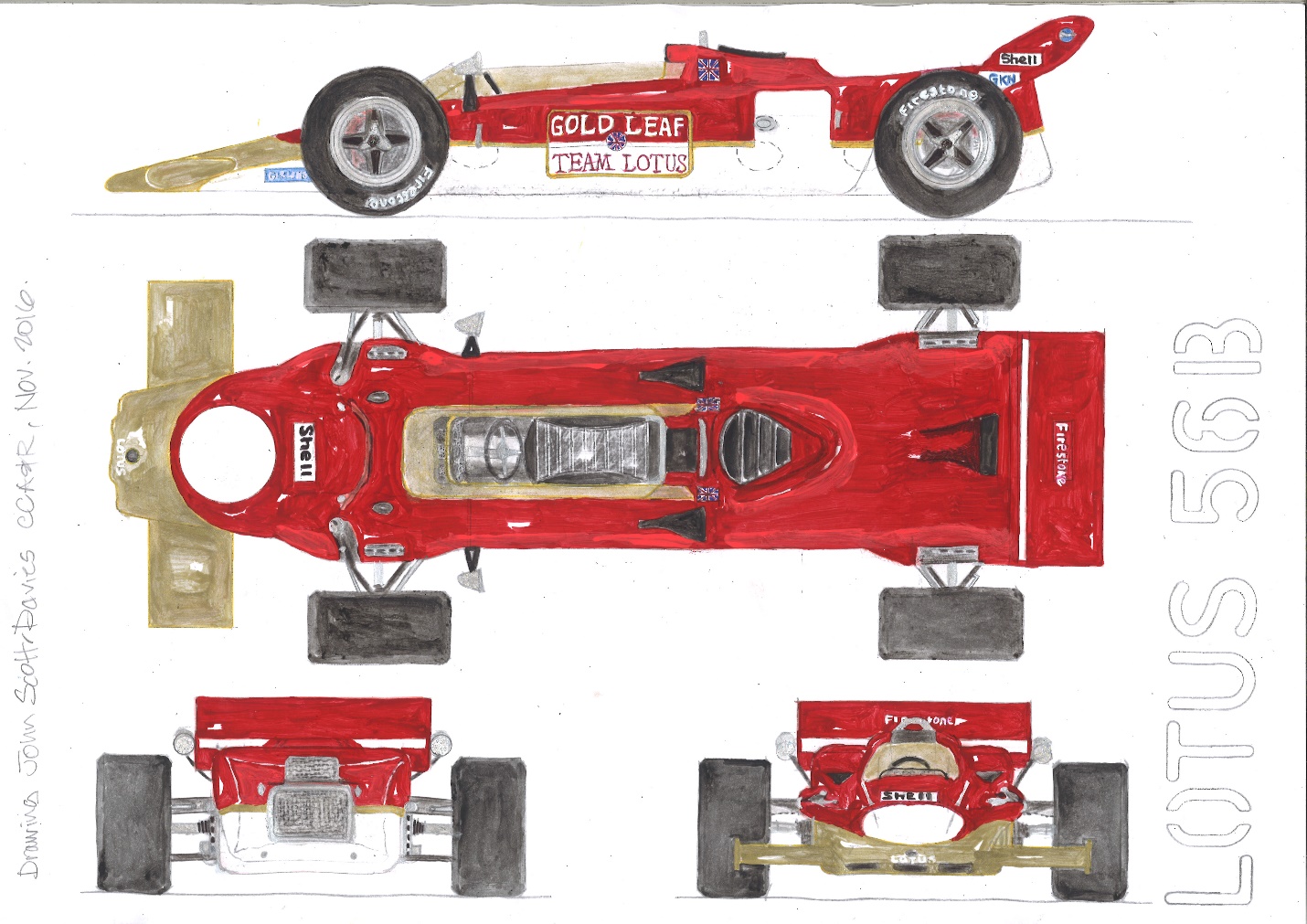 Avoiding repetition subscribers are directed to our dedicated articles.

There are many excellent books on the Lotus 72, Wagstaff’s is affordable and generally available.

He discusses important issues such as tyres.

“Perhaps the seminal formula car of the early 1970’s, the Lotus 72 enjoyed a remarkably long term of service given the rapid advances of the time.

In all ,it would contest six seasons –long outstaying its golden period, but only because Lotus once again out-thought itself in trying to develop a suitably advanced replacement for it “

Codling in The Art of the F1 Race car. 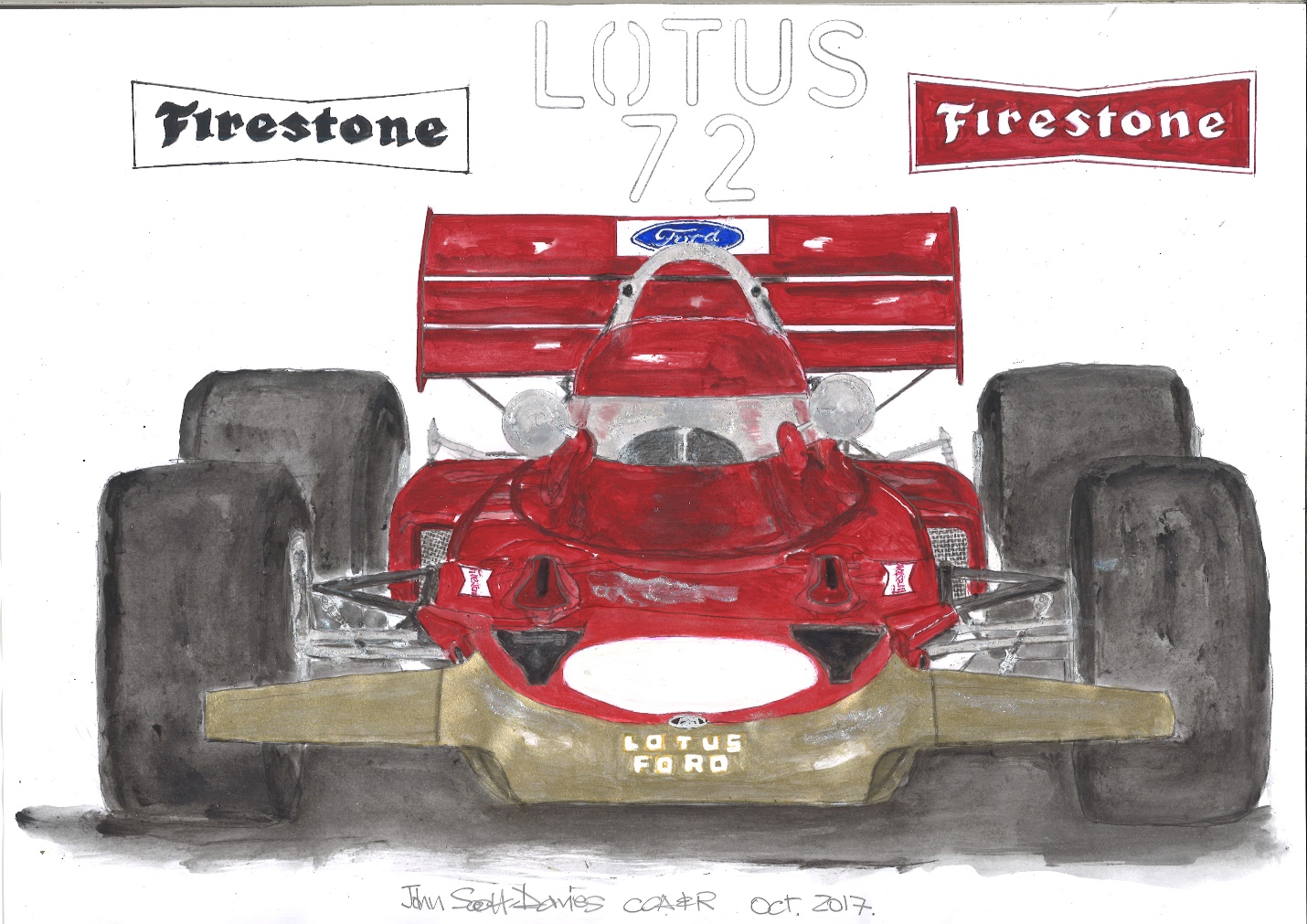 Avoiding repetition subscribers are directed to our dedicated articles 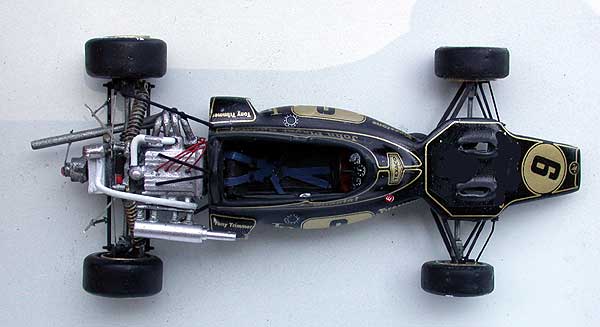 Figure 4.Scale model of Lotus 73.Image from the net 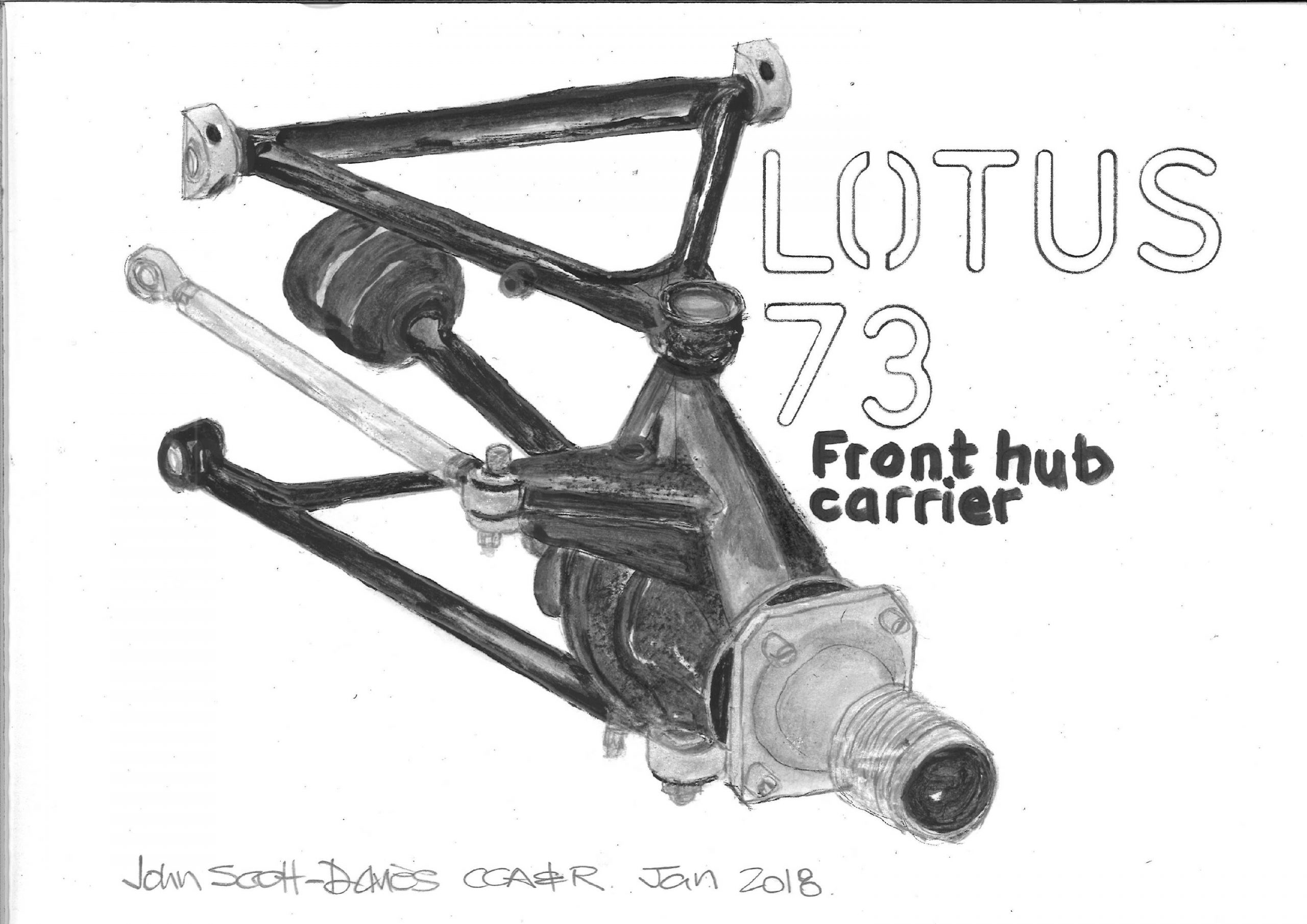 Figure 5.Editors sketch of front up right and suspension

In particular we suggest that a number of exhibitions can be held that explores themes of design within FI and how individual designers have approached these. They might include:-

Exhibitions could tap into the rich diversity, explore communality and divergence, innovation v caution and place peer designed cars in juxtaposition with one another surrounded by the design principles the respective designers have adopted. This along with race simulators and film ought bring out and provide educational opportunities for students to comprehend how differing design approaches and content have impacted on success.

MP was accepted by Chapman because of his background and reputation.The editors strongly suspect he was a competent draughtsman and possibly his portfolio confirmed this.

He participated in two out of possibly four ground breaking Lotus F1 cars and possibly fed the transition into these with other intermediate types.

His later career possibly indicated he was not as original as Chapman and possibly felt unable to fulfill early promise. He was unable to write a memoir and possibly record budgets, constraints and parameters that may have been laid down within other teams.

Some tributes are paid to Phillippe:-

……….those that did so ignored the fact that the Lotus 72 was largely the work of MP, a designer held in the highest regard by his peers both then and until his death 20 years later.”

MP died tragically young at the age of 57.

Benchmarking against Chapman can be adopted using appendix below.