This piece is not particularly original.

However, we take the opportunity to reinforce significant overlaps and outcomes in the exciting decade of the Sixties along with the Anglo American collaboration and exchange involving Chapman and Lotus and not least the significant commercial benefits.

It permits brief reference to the youth culture of the Sixties.

In 1967, after winning the 24 Hours of Le Mans together with A. J. Foyt, Gurney spontaneously sprayed champagne while celebrating on the podium, which thereafter became a custom at many motorsports events.[1] As owner of All American Racers, he was the first to put a simple right-angle extension on the upper trailing edge of the rear wing. This device, called a Gurney flap, increases downforce and, if well designed, imposes only a relatively small increase in aerodynamic drag. At the 1968 German Grand Prix, he became the first driver ever to use a full face helmet in Grand Prix racing.[2] [3]

Dan Gurney had a very respectable relationships and made a significant contributions to Chapman and Lotus. This ought not to be underestimated.

The Sixties were exciting times in both American and Britain underscored by a youth culture, experimentation, innovation and an entrepreneurial spirit from a brave minority.

Dan Gurney did particularly well in the Lotus 19. In racing a car for the Arciero brothers and the Pacesetter Ford. Both cars are featured in Taylor.

The image below seems to be from a road test in Car and Driver, 1961. (See Unique, reference below) 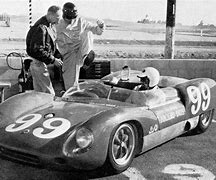 Avoiding repetition we invite subscribers to read our dedicated articles on Lotus at Indianapolis.

The significance here is that Dan Gurney is credited with encouraging Chapman and Lotus to participate.

Dan Gurney was possibly driven and motivated by a certain idealism and engineering belief and possibly a genuine sportsmanship. Interwoven are the commercial opportunities that participation and success offered from prize money to export to collaboration and sponsors. Dan Gurney action possibly also helped Americans into the European arena of motor racing. 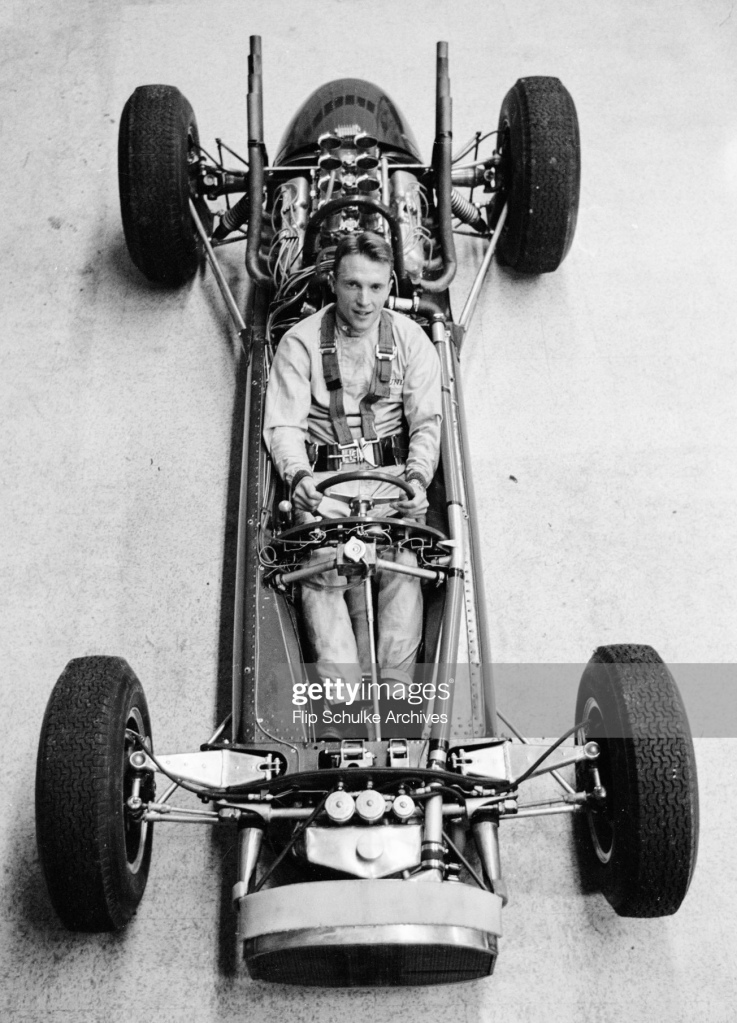 Figure 2.Getty image from the internet.Dan Gurney in an early Lotus Ford at Indianapolis 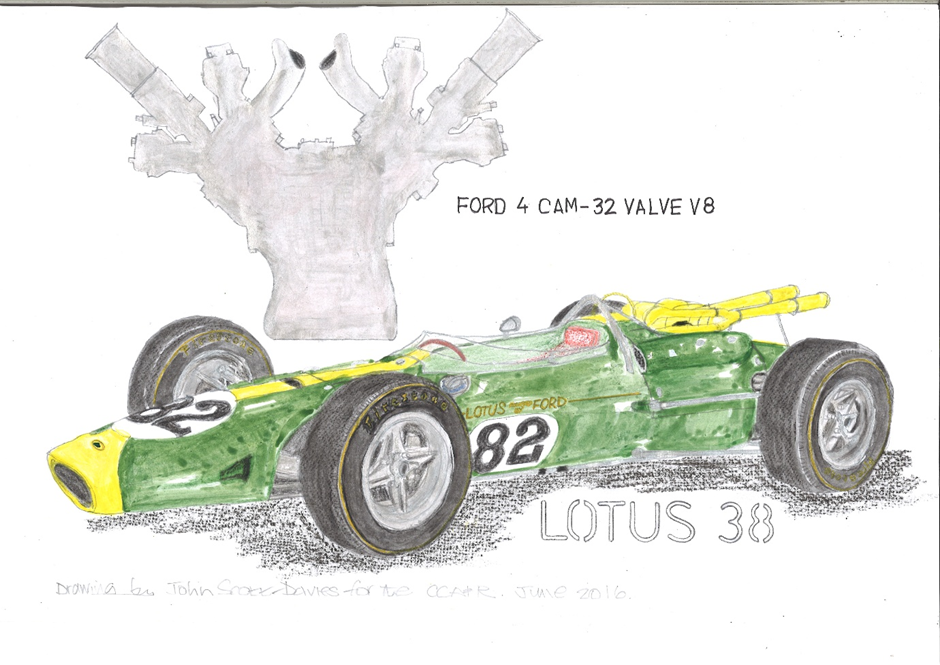 Figure 3.Authors sketch of the Lotus Type 38 note the resemblance to the Eagle

He won GP races for Porsche and Brabham Climax in the 1.5 L Formula of 1961-65 and then gained backing to build his o’s Eagle cars for the new three litre GP formula of 1966 and for Indianapolis in America, in which he had first interested Colin Chapman, and so brought about the Lotus-Ford rear engine revolution there….

Dan and his backers established All American Racers Inca at Santa Ana, California late in 1965 and used Len Terry, designer of the Indy winning Lotus 38 to draw his prototype Eagle cars for ’66.

“The first Eagles followed the Lotus 38 example in several respects a factor common to both cars being designer Len Terry.

Basis of the Eagles was a fully riveted light weight monocoque with four steel bulkheads and suspension on typical GP lines.

The nose and engine covers (not always used on the GP cars ) was in fiberglass while six spoke cast magnesium wheels set off the overall lines….

Aubrey Woods was chief designer of the Gurney Weslake V12, naturally a twin ohc unit with four valves per cylinder …..when it first appeared this produced 364 BHP, 417was the maximum claimed for it in 1967, some units may have given 420 BHP but others failed to produce 400bhp.

“EagleThe Eagle Mk1, commonly referred to as the Eagle T1G, was a Formula One racing car, designed by Len Terry for Dan Gurney‘s Anglo American Racers team. The Eagle, introduced for the start of the 1966 Formula One season, is often regarded as being one of the most beautiful Grand Prix cars ever raced at the top levels of international motorsport.[1] Initially appearing with a 2.7L Coventry Climax inline 4-cylinder engine, the car was designed around a 3.0L Gurney-Weslake V12 which was introduced after its first four races. In the hands of team boss Gurney, the Eagle-Weslake won the 1967 Belgian Grand Prix, making Dan Gurney only the second driver at the time, and one of only three to date, to win a Formula One Grand Prix in a car of their own construction. That win in Belgium still stands as the only win for a USA-built car as well as one of only two wins of an American-licensed constructor in Formula One. A highly successful motor racing driver in many disciplines, Dan Gurney had been driving in Formula One since the late 1950s. While driving for the Brabham works team, he joined with a group of prominent motor racing figures and financial backers in the United States, including Carroll Shelby, to found All American Racers. This effort was largely backed by the Goodyear Tire & Rubber Company, in an effort to challenge Firestone’s longtime dominance of American open-wheel racing. Inspired by the performance of Jack Brabham and Bruce McLaren‘s own teams, AAR decided to enter Grand Prix racing. Then as now, the main engineering hub for Formula One manufacturers was in the United Kingdom, so AAR set up a subsidiary team known as Anglo American Racers which, while registered and based in the USA, was named in deference to the cars’ British Weslake engines.

To achieve AAR’s dual aims of winning in both Formula One and Champ Car formulae, AAR hired ex-Lotus designer Len Terry to work for the American outfit. His brief was to create a chassis that could be used both for the twisting road course circuits of the F1 series, as well as the broad ovals of the North American series. Terry was ideally placed to be able to fulfill such a brief, having just completed the 1965 Indianapolis 500-winning Lotus 38 for Colin Chapman‘s team.

The design of the Mk1, and its Indy sister design the Mk2, closely followed the 38, with a riveted aluminium monocoque central section, carrying an unstressed engine mounted behind the driver. The lines of the chassis were remarkably clean and elegant, and the car sported a distinctively beaked radiator opening at the front. Suspension components were mounted directly on to this monocoque, and consisted of a comparatively conservative lower wishbone and single top link for each wheel which also served as a rocker for the inboard-mounted spring/damper package. The Mk1 was designed around the forthcoming Aubrey Woods-designed Weslake V12 engine while the Mk2, essentially the same chassis design, was designed to accept the quad-cam Ford V8 that had powered the previous year’s Indy 500 winner (Jim Clark, in the Terry-designed Lotus 38).”

The Eagle Aesthetic and Symbolism

The dark blue and white Eagles were considered the most of the handsome of the season and many designers rate them amongst the most beautiful of F1cars.

Perhaps there are some cues from the Ferrari shark nose and certainly the Lotus 38.

The three litre F1 era of the Sixties produced some magnificent and complex engines like the BRM H16. The V12 was a layout adopted by several other Marques.

The name Eagle itself was deeply evocative.The Eagle formed part of American identification and to the indigenous Native Americans was sacred and steeped in Symbolism and folklore. The powerful and noble magnificent creature was likened to be majestic, bold and a symbol of strength and determination. The Native people likened its flight to connect with the creator whilst possessing courage wisdom and continuity.

As an aside the Pratt and Whitney engine turbine company adopted the Eagle in their trade marks. This logo appeared on the Lotus 56 at Indianapolis. 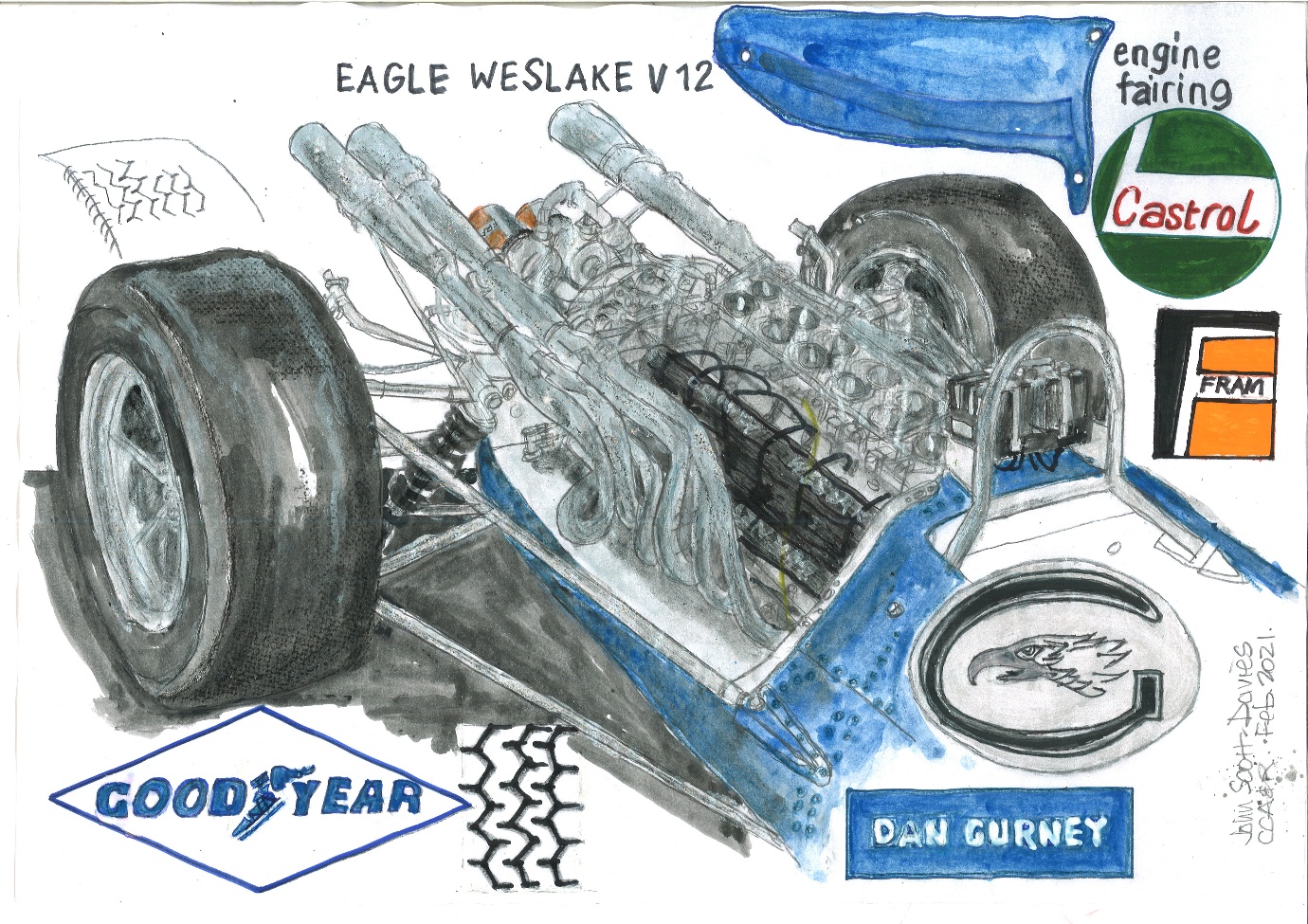 Figure 4.Editors sketch inspired by illustrations in Nye and Hodges

Other Marques raced by Dan Gurney

Dan Gurney formed part of a very exciting decade that was measured on the International stage.

He formed a group that included:

Dan Gurney legacy and reputation is enduring and deserved. In addition from the internet we record:

Among American Formula One drivers, his 86 Grand Prix starts ranks third, and his total of four GP wins is second only to Mario Andretti. Perhaps the greatest tribute to Gurney’s driving ability, however, was paid by the father of Scottish World Champion Jim Clark. The elder Clark took Gurney aside at his son’s funeral in 1968 and confided that he was the only driver Clark had ever feared on the track. (Horton, 1999).

The 2010 Monterey Motorsports Reunion (formerly the Monterey Historic Automobile Races) was held in honor of Gurney.[18]

A 2016 academic paper reported a mathematical modeling study that assessed the relative influence of driver and machine. Gurney was ranked the 14th-best Formula One driver of all time.[19]