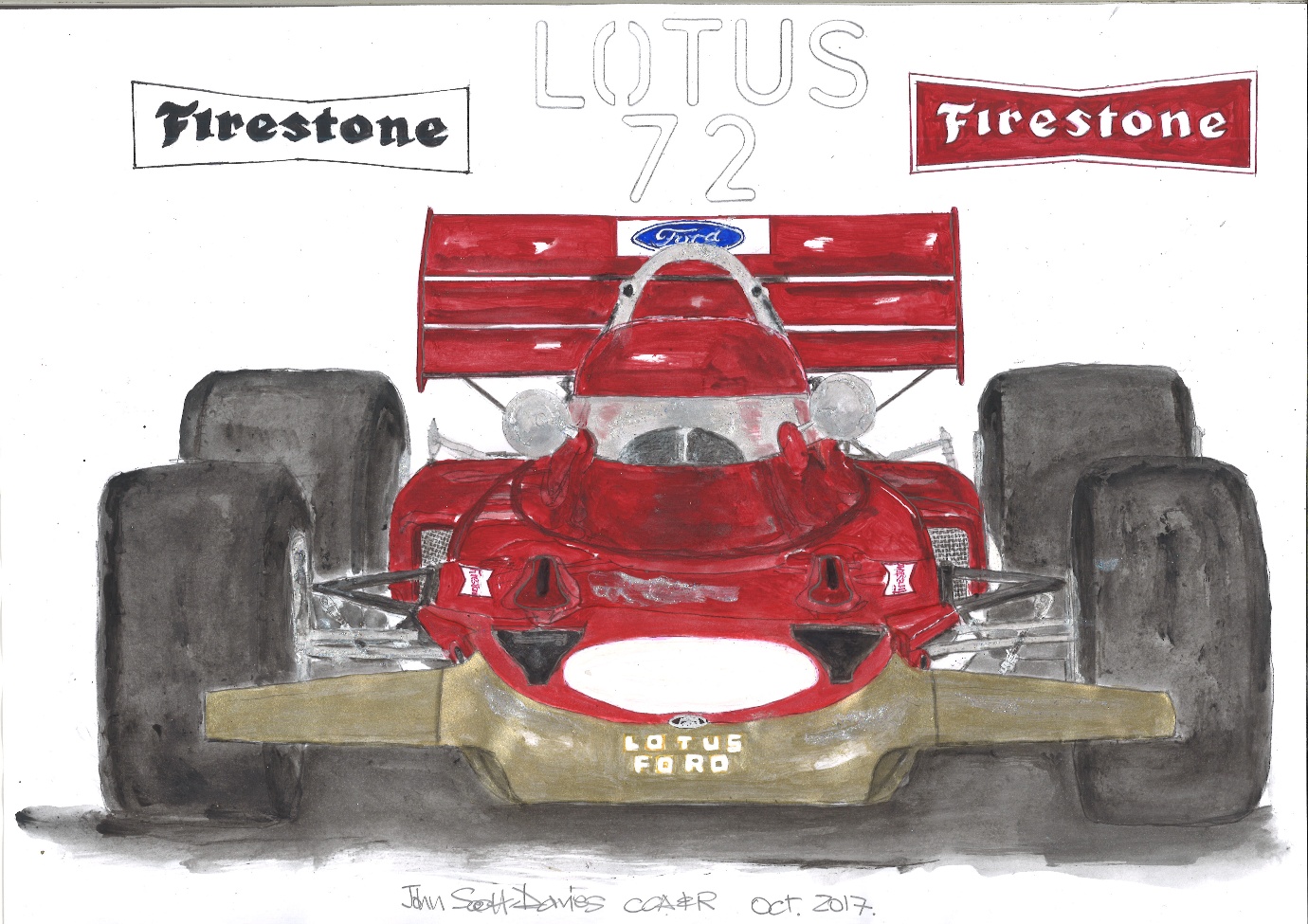 This is a complementary article to an existing piece.

We take the opportunity to provide additional images.

Firestone was an American company

In the Chapman/Lotus era the Company was identified with tyres of various applications including motorsport.They had been successful at Indianapolis.

See our previous piece for history etc. and websites listed below.

We believe Firestone Tyres were adopted on the following Lotus types 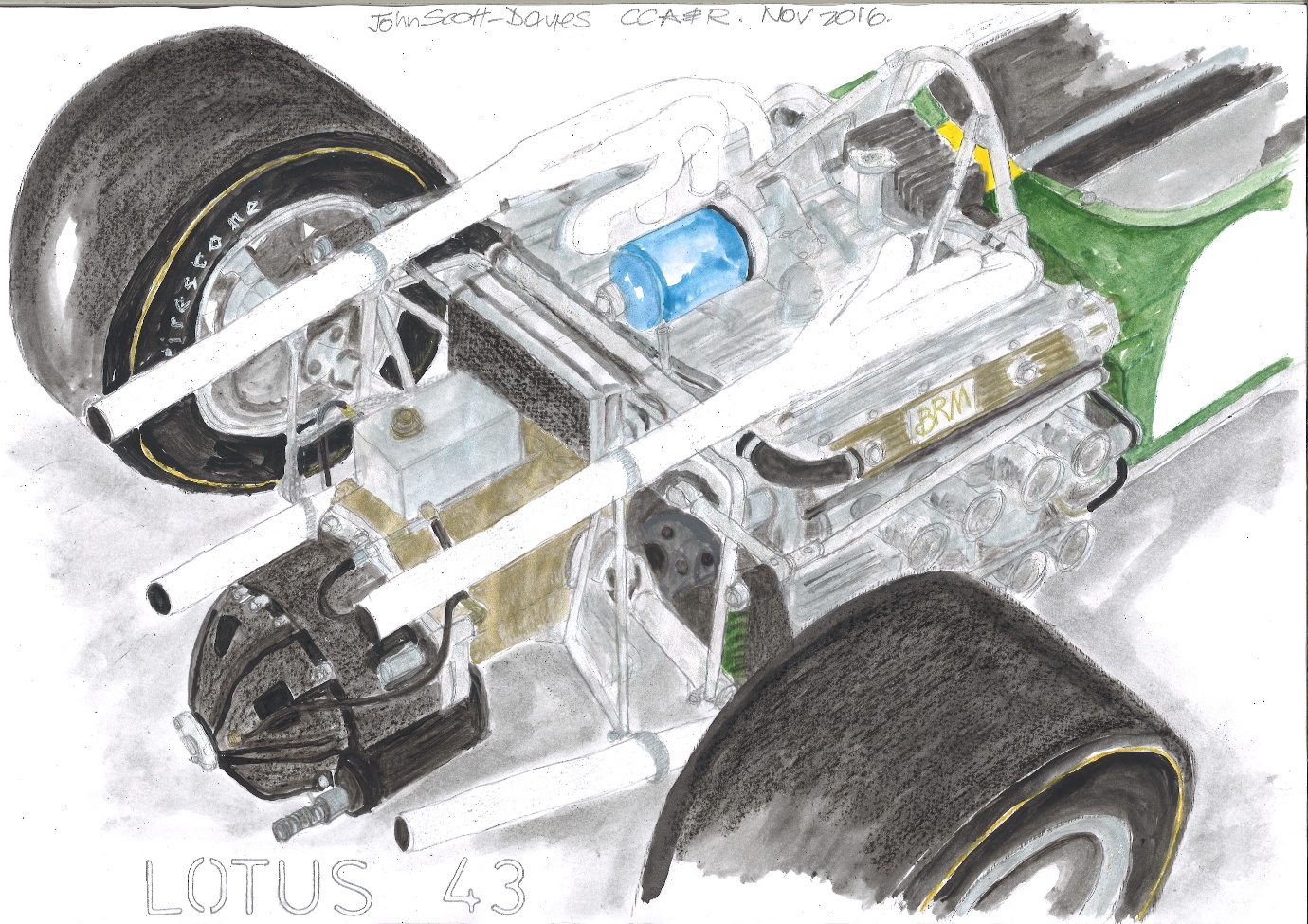 Figure 2 .editors sketch of Lotus type 43 note its win in US GP and publicity value for Firestone

Indianapolis from the net

“ON his third attempt Jim Clark won the annual American classic race on the rectangular Indianapolis track. In 1963 he finished a close second in a rear-engined Lotus with aluminium push-rod Ford V8 engine, in 1964 tyre trouble put him out after challenging for the lead in a Lotus with aluminium 4-camshaft Ford V8 racing engine, and this year in a Lotus 38 with the latest 4-camshaft Ford V8 engine and running on Firestone tyres everything went according to plan and he won the race at record speed, having led for 190 of the 200 laps. Qualifying trials had been held at record speeds with A. J. Foyt taking pole position at 161.233 m.p.h. for the four laps with a Lotus-Ford V8, Clark second at 160.729 m.p.h., and Dan Gurney third at 158.898 m.p.h, in a similar car. Another Lotus-Ford V8 was in the middle of the second row of the start, driven by Parnelli-Jones, so it was not surprising that Lotus cars dominated the race.”

“When the Lotus 72 was launched Team Lotus had a strong relationship with Firestone, with tyres being tailor made for the team.

Because of its inboard brakes the 72 had a low unsprung weight. This meant that it could use softer tyres with less rigid sidewalls and steering geometry that put less work on the tyres.

The inboard location of the brakes improved such tyres working conditions.

Firestone introduced a new low profile tyre for 1971….with the withdrawal of Firestone, Team Lotus changed to Goodyear tyres for 1973.” 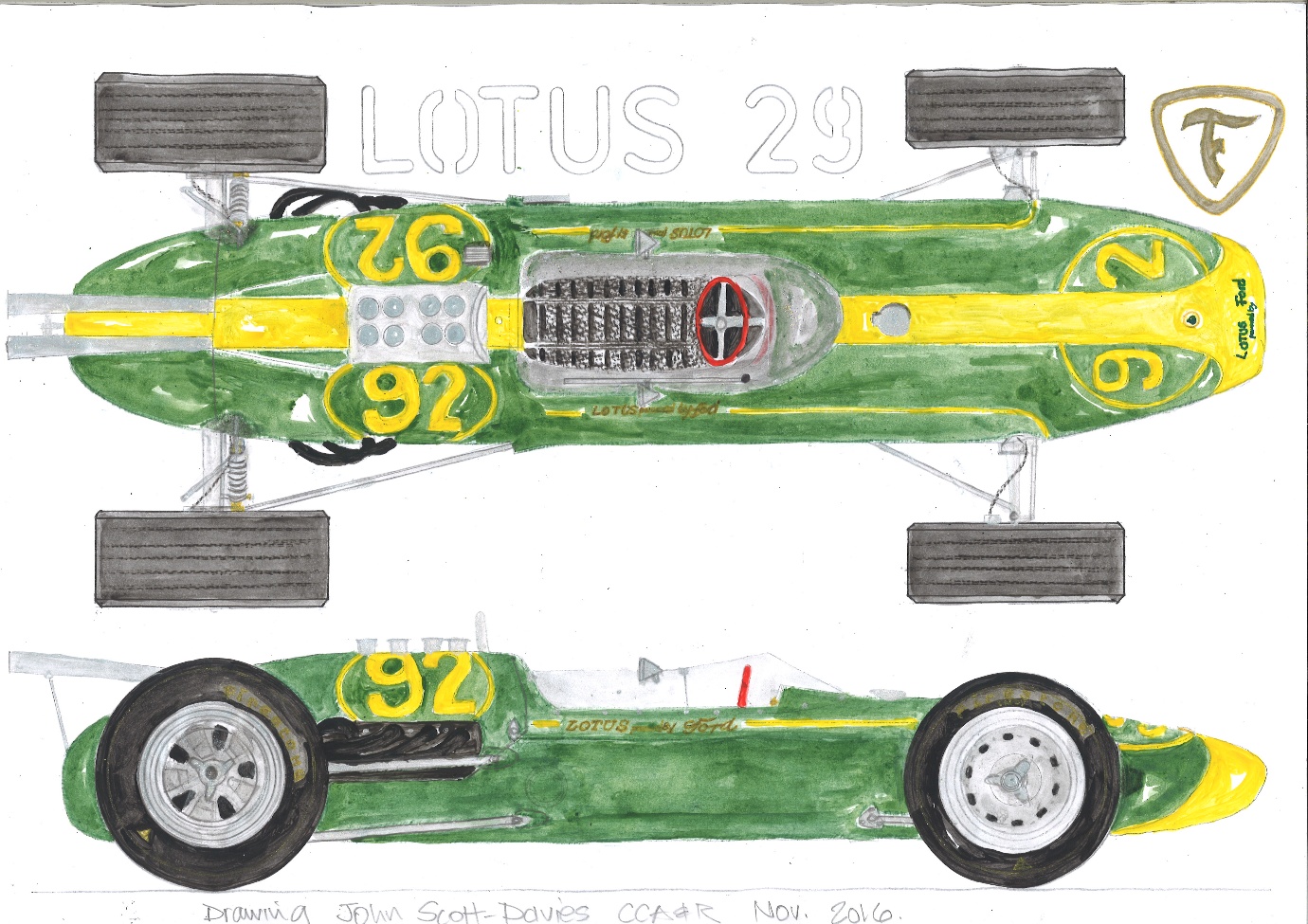 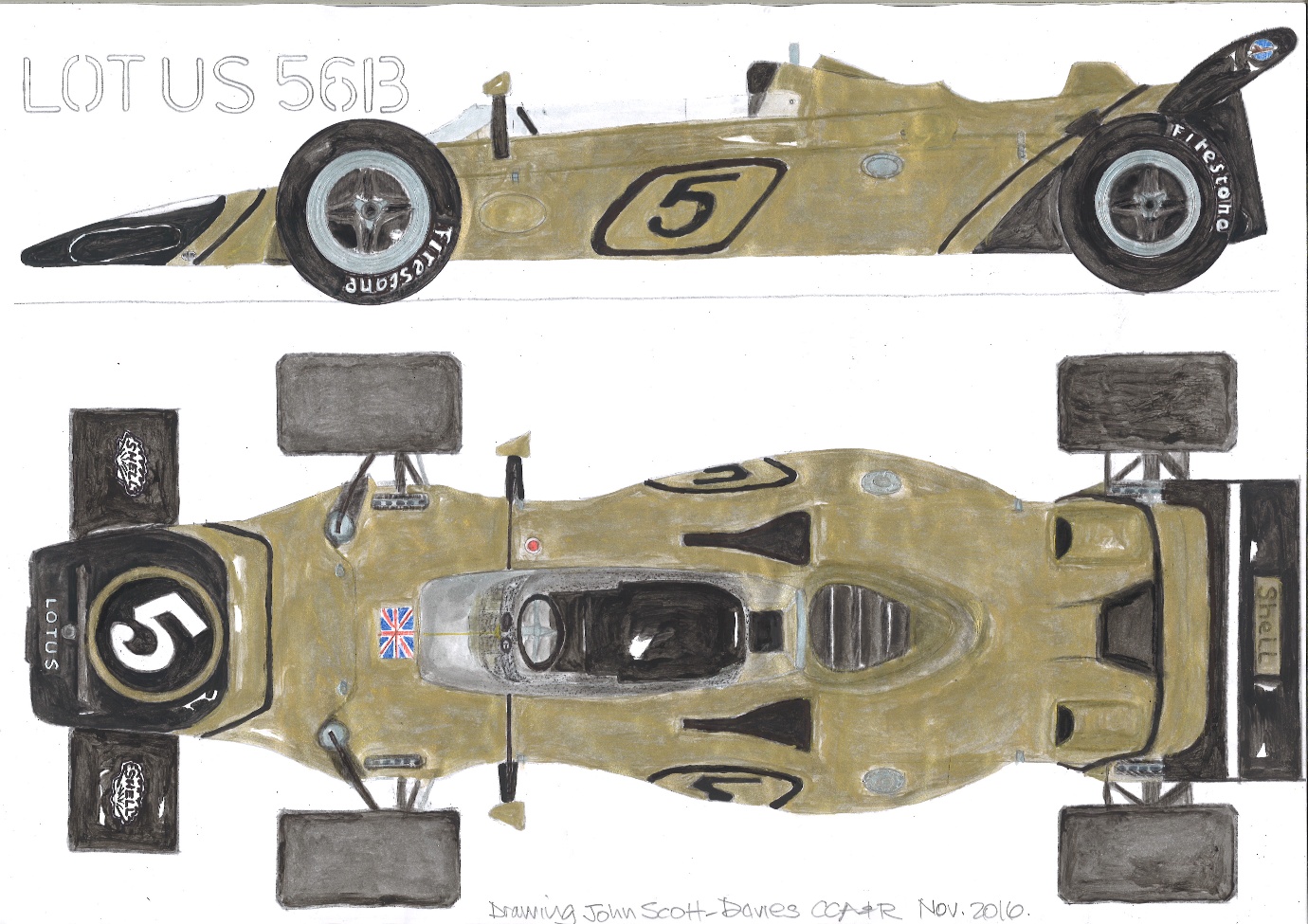 There can be little doubt about the significant contribution made by Firestone.

Success was symbiotic and of mutual advantage.

Both gaping reputational and commercially.An American tyre winning Indianapolis must have been of enormous value.Equally success at international F1 would support sales in Europe and across the world.

Firestone contributed to the performance of Lotus and its aesthetic as recorded in The Art of the F1 Car.

“Founded in Ohio in 1900, Firestone is a trusted brand that has produced tyres for a range of vehicles for well over 100 years.

Since their creation, Firestone has been one of the market leaders in terms of innovation and safety for vehicle tyres. In 1908, Firestone produced the first ever tyres to feature a non-skid tread pattern design, changing the industry forever. All highway tyres produced since have featured tread patterns for added traction.

As well as safety, Firestone has a rich history of producing tyres for durability and high performance. In 1911, Firestone provided the winning tyres for the first ever Indy 500 race. The race, dubbed ‘The Greatest Spectacle in Racing’, is notoriously tough on tyres, however with continued research into technology and performance Firestone were able to build on their success and have continued to dominate throughout the years. Today, the Firestone is synonymous with the Indy 500, and provided the winning tyres for a record 70th time in 2019.

Now a part of the Bridgestone group, Firestone belongs to the world’s largest tyre manufacturer, and offers a wide range of safe, affordable and high quality tyres. With options suitable for cars, 4x4s, SUVs and vans,”