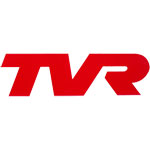 The Contemporaries Series has been written to achieve the following objectives: –

The British specialist car market has been extremely vulnerable to economic downturn and its history is littered with casualties .Those that have survived are worthy of examination.

Please note the editors have striven to achieve objectivity and consistency of comparison throughout however it will be appreciated with many conflicting sources, references and specifications this is not an easy task and some inaccuracies may occur. We are happy to correct these presented with reliable alternatives,

This piece was intended to provide a thorough comparison like others in our series. During preparation priorities changed and background reading regarding the British specialist car industry and this seemed to offer a prism to explore both Lotus, TVR and the future of this important sector.

This article is therefore essentially:-

A comparison between Trevor Wilkinson and Colin Chapman is revealing as they shared some basic similarities but Chapman pushed through to a professionalism and international renown whereas Trevor Wilkinson withdrew as Lotus matured.

Both marques/ owners shared these in common: –

*this car is interesting in that it appears to have a space frame chassis? Whereas Buckler used quite substantial tube, magazine pictures of this open two seater seems to have smaller diameter? 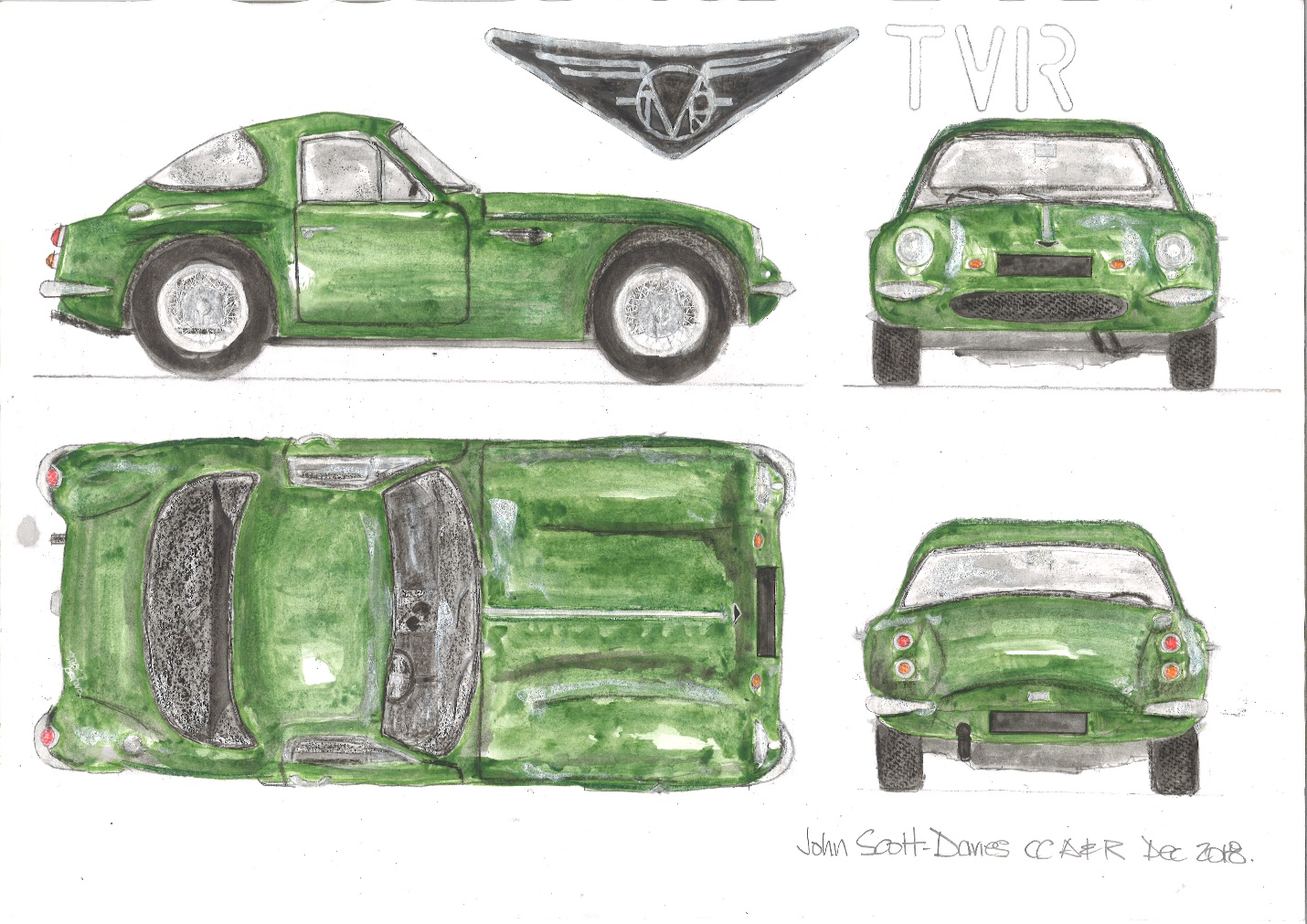 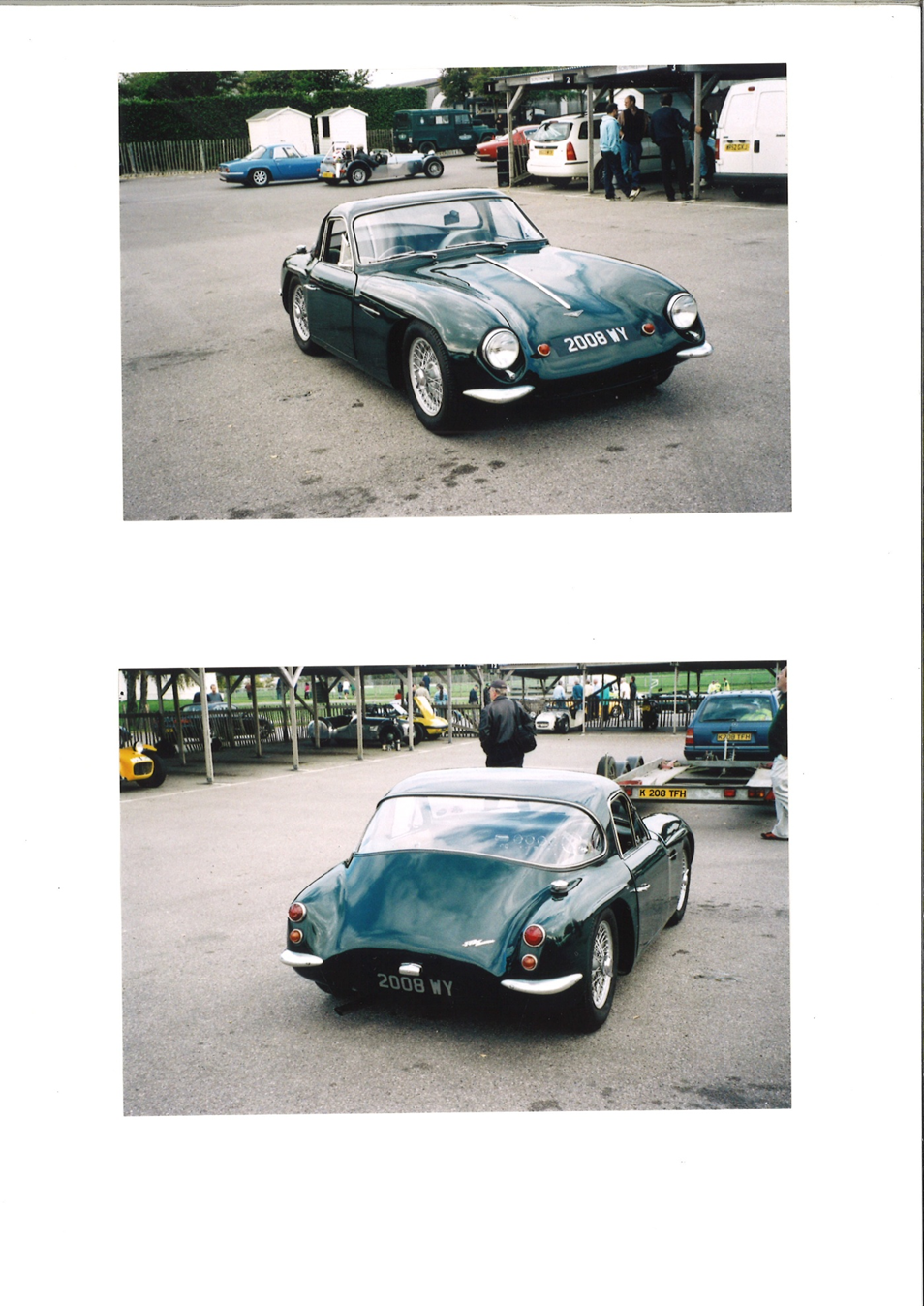 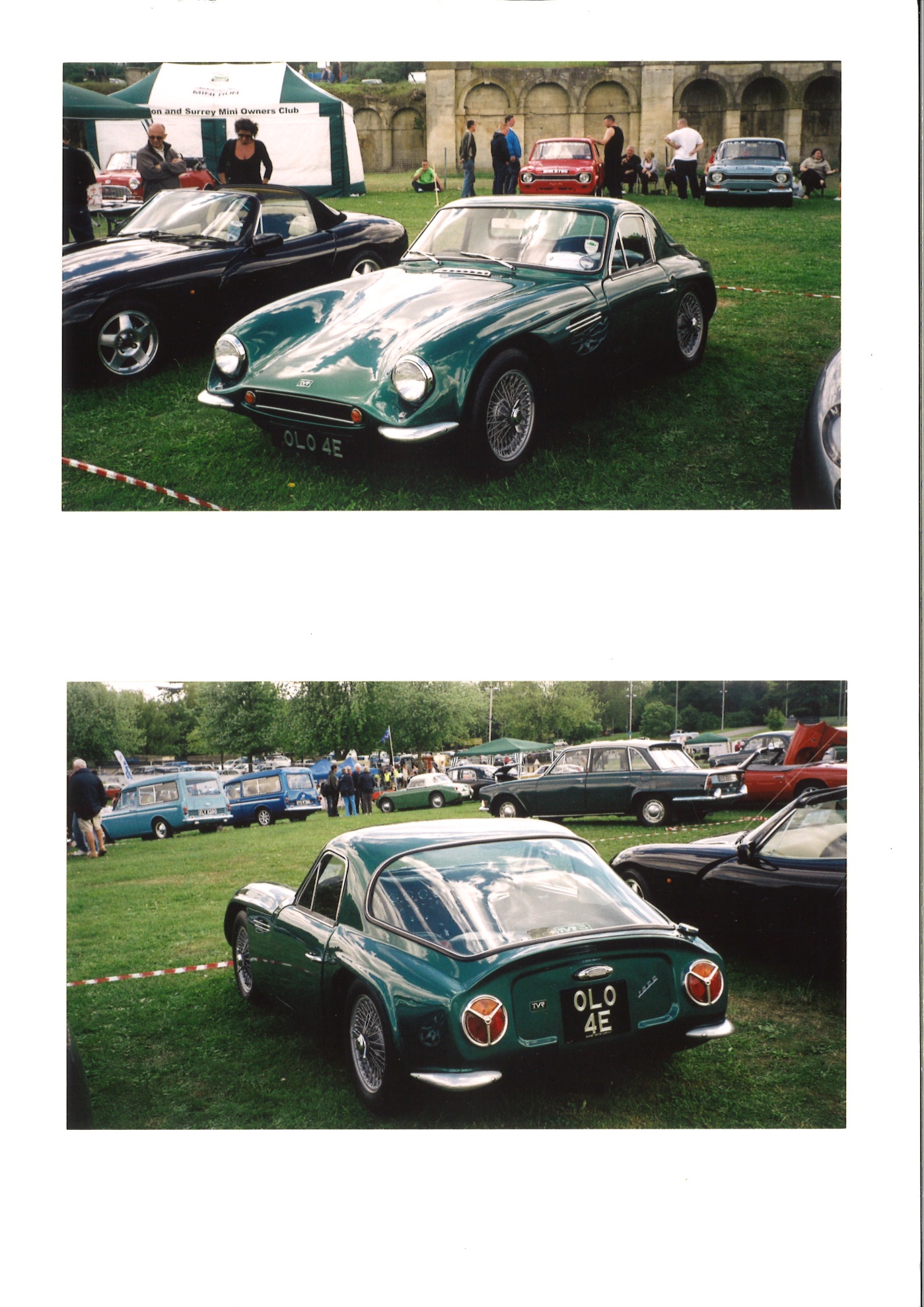 The GT body encloses two bucket seats, separated by the propeller shaft tunnel, which makes a very convenient arm rest for the passenger, there is ample leg room, though early models ha not enough head room for a taller driver, and the driving position is comfortable. Visibility is good over the sloping bonne and to the rear due in no small part to the wide windscreen and thin windscreen pillars. The doors are lockable ……….

The cockpit layout is good with matching speedometer and tachometer set side by side on either side of the steering wheel column ……….

High speed driving with the wind up windows down produces very little noise by comparison with some other sports cars .for town driving an electric fan can be fitted ,which is controlled from the dashboard and is very effective

For night driving the lights are good and because of their low height are effective in fog. Luggage space is restricted ………….

The TVR is a very practical sports car that combines good looks, with above average performance and all the amenities associated with a saloon car .it’s one drawback is perhaps its limited luggage space .although the car uses independent suspension all-round the ride is hard and the steering and controls require a degree of effort for such a light vechicle ………

Weakness in Design and Manufacture

The car is easily written off in an accident …….the space frame is not very well triangulated .the exhaust is a continual problem being far too close to the ground .the mechanical components are proven and reliable , and spares easily obtainable from BMC agents………..

In tuned guise the Mk.III TVR is an ideal dual purpose machine capable of being both driven to a circuit at weekends and raced and providing transportation during the week.

Latest in the TVR line , the Mk.III represents yet another step nearer the ultimate GT perfection , easy to drive ,with well-placed controls , and good relaxed driving position , the TVR is a delight to handle and causes many a wistful glance in any company “ 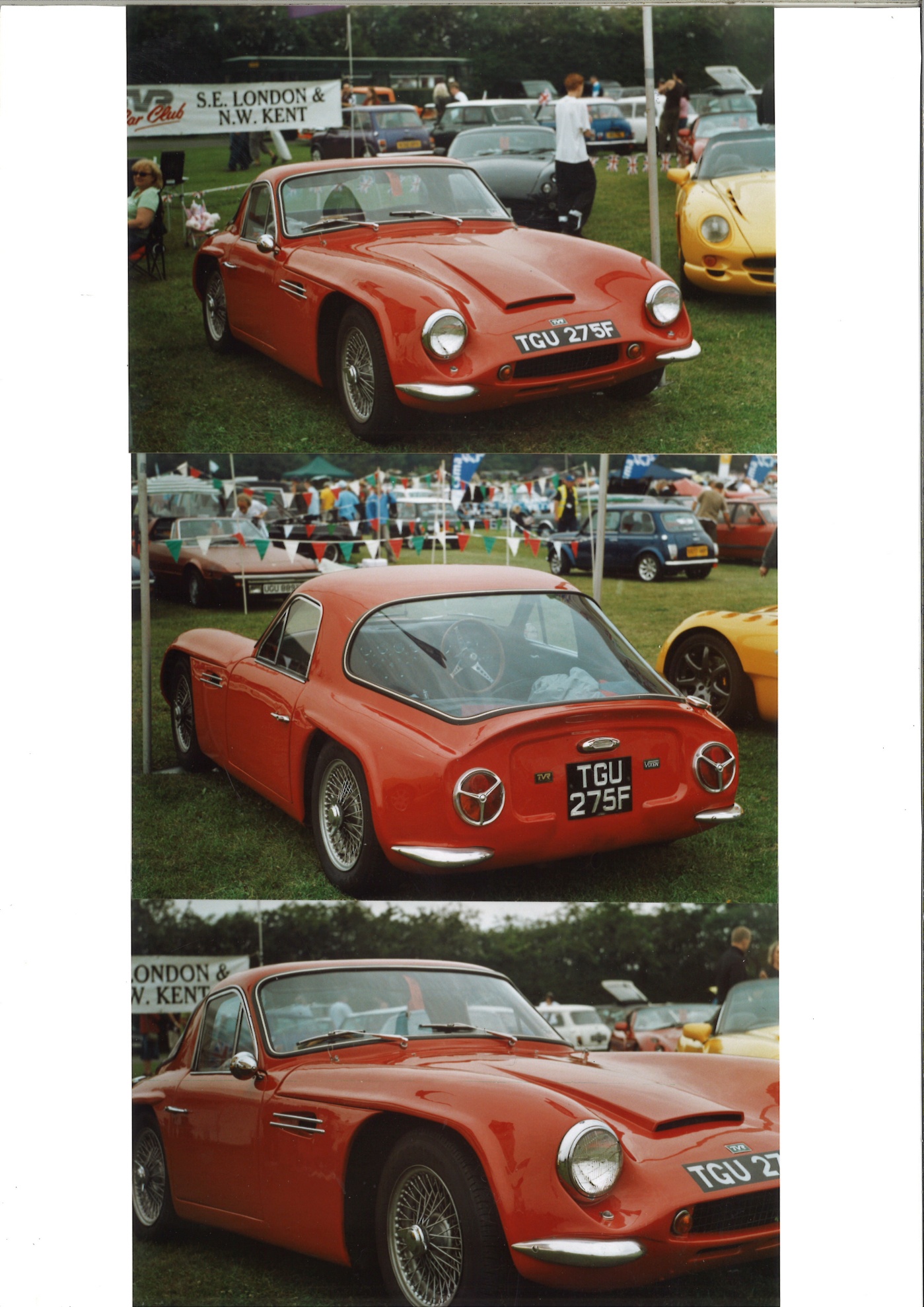 Figure 4. Editor’s photographs noting the continuity of the TVR line 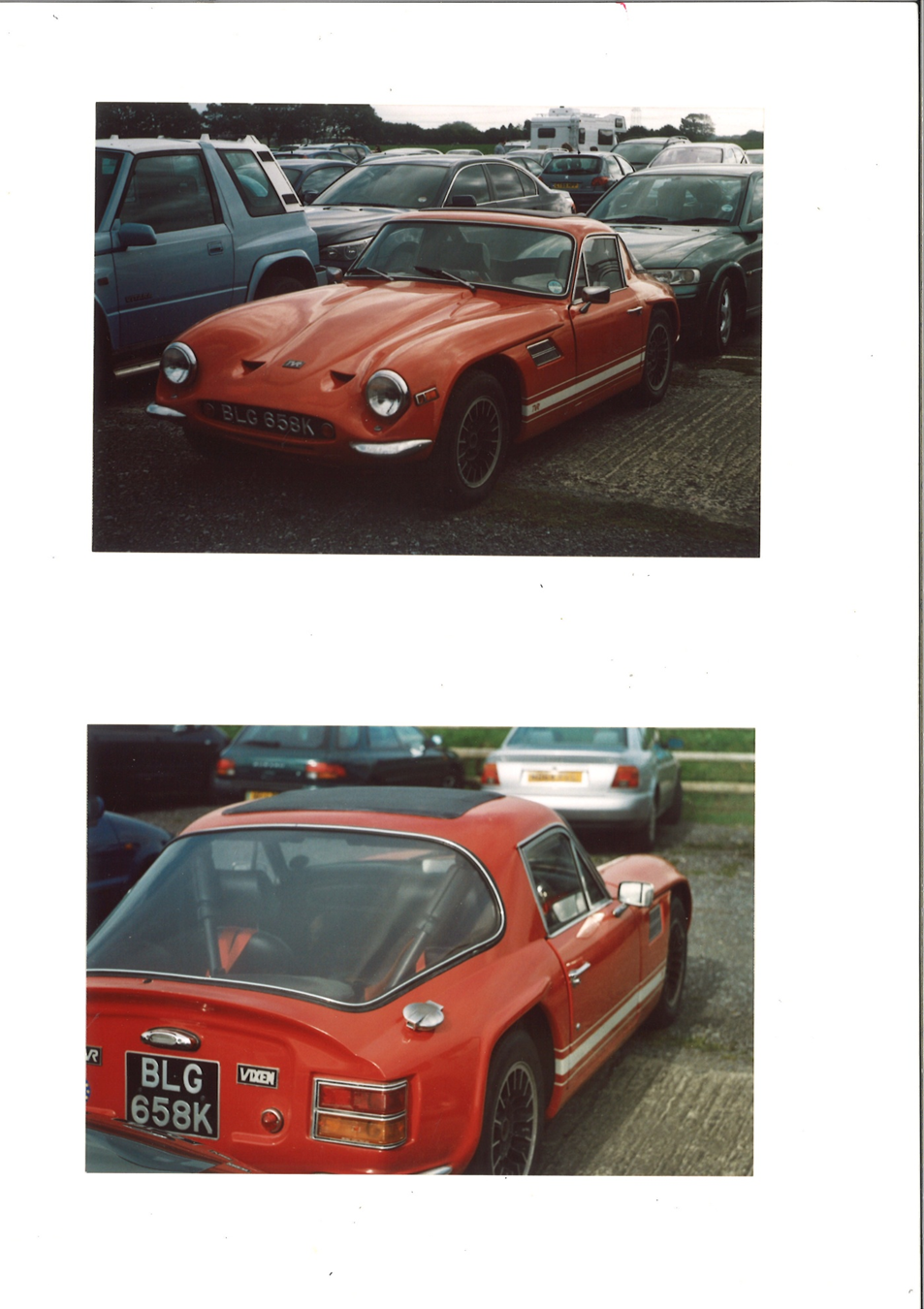 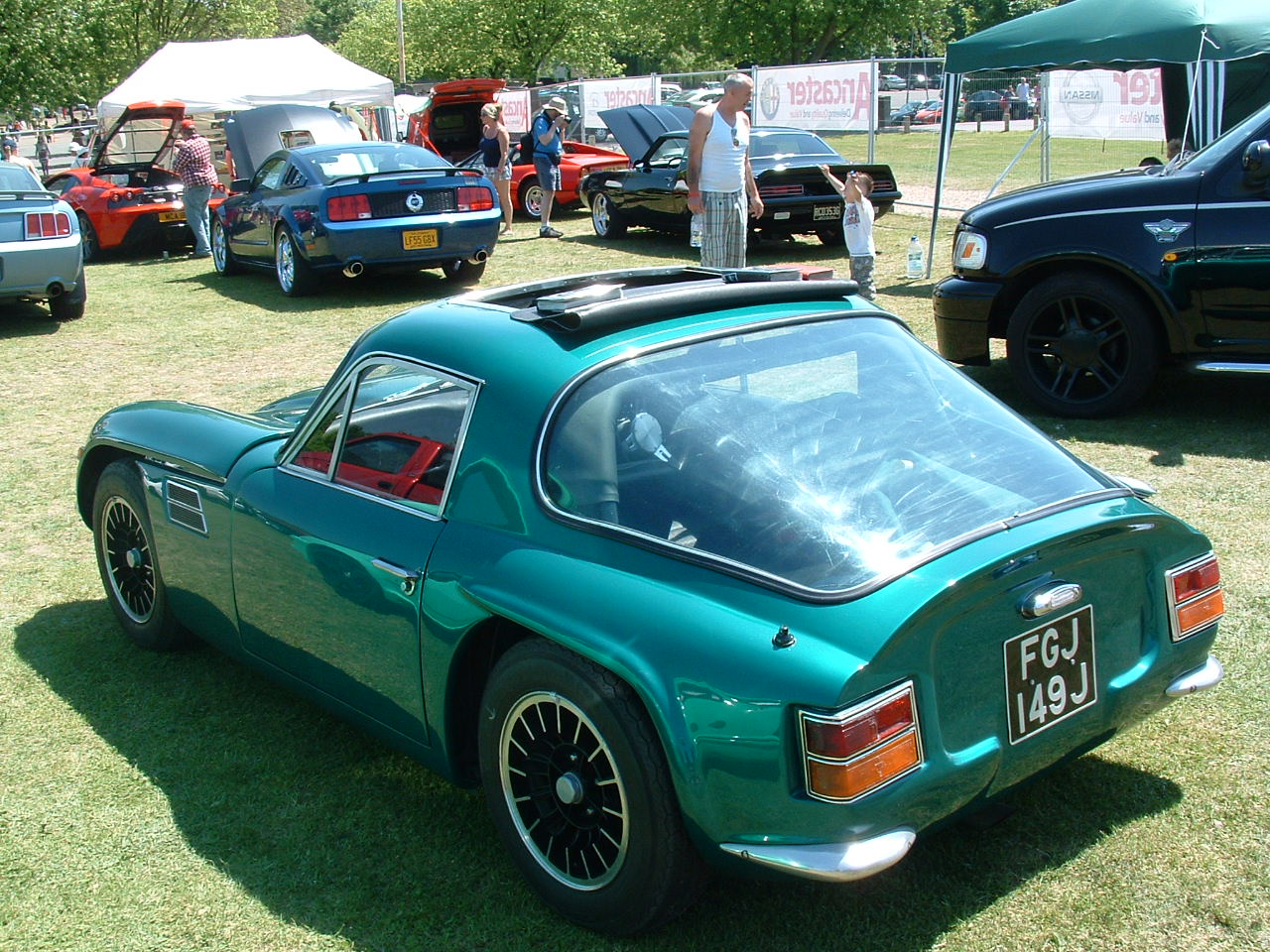 “The TVR Griffith Series 400 is a 2-door coupe sports car produced by Griffith Motor Company in Plainview, New York ( a Ford Dealer in Plainview/Hicksville NY, Long Island ), between 1964 and 1967. It is the successor to the TVR Griffith 200, featuring improved cooling via a larger radiator with twin electric fans, redesigned rear suspension, and a redesigned rear with better visibility and the round taillights sourced from the Ford Cortina Mark I.

The standard engine in the 400 was the more powerful Ford 289 ‘HiPo’ Windsor engine producing 271 hp that was available in the Series 200 as an option. The 400 weighed a few more pounds than the 200 due mostly to the new Salisbury independent differential that gave it a higher gear ratio providing it with a higher top speed.

Grantura Ltd. of England designed the independent suspension for the TVR automobiles which later became the Griffith 200 and 400. The Griffith 400 had then state-of-the-art unequal wishbone suspension on all four corners and the car weighed significantly less than its contemporary, the AC Cobra, making it a very potent racing car.

As the Series 400 cars were being produced in early 1965, the entire east coast of the US was crippled by a prolonged dock strike. This not only caused a disruption in the supply of the series 400 bodies that were being shipped from TVR in Blackpool, UK, it also caused a delay in the shipment of the newer body design of the Series 600. Frank Reisner, whose Intermeccanica body works in Turin, Italy, was building the new steel bodied Griffith, was also unable to have the bodies shipped. Jack Griffith attempted to bring his car to the public by having these bodies airlifted across the Atlantic.

With only 59 copies of the 400 and 10 600s off the assembly line at the Griffith factory in Plainview, Long Island, N.Y, USA, the company was dissolved. 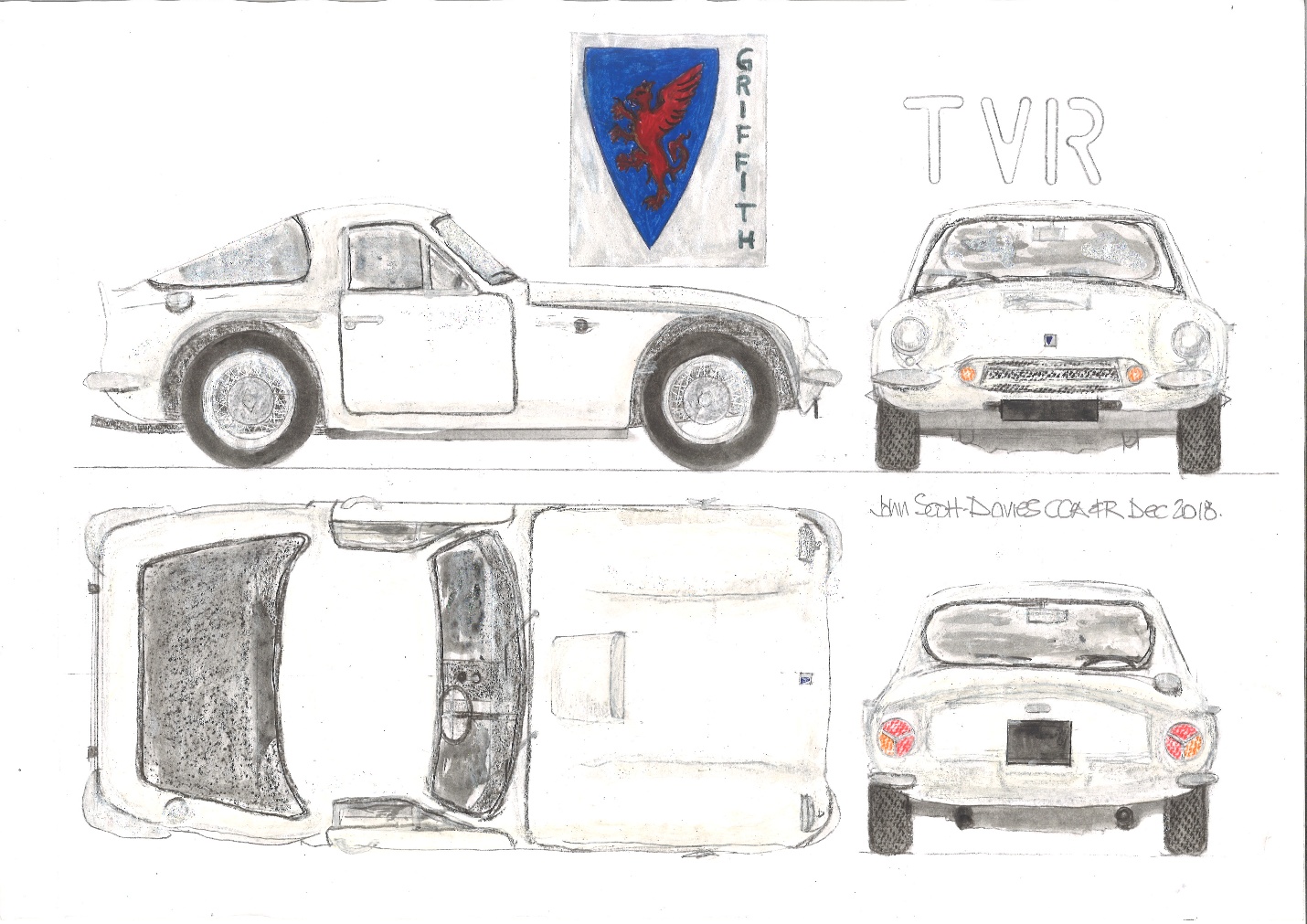 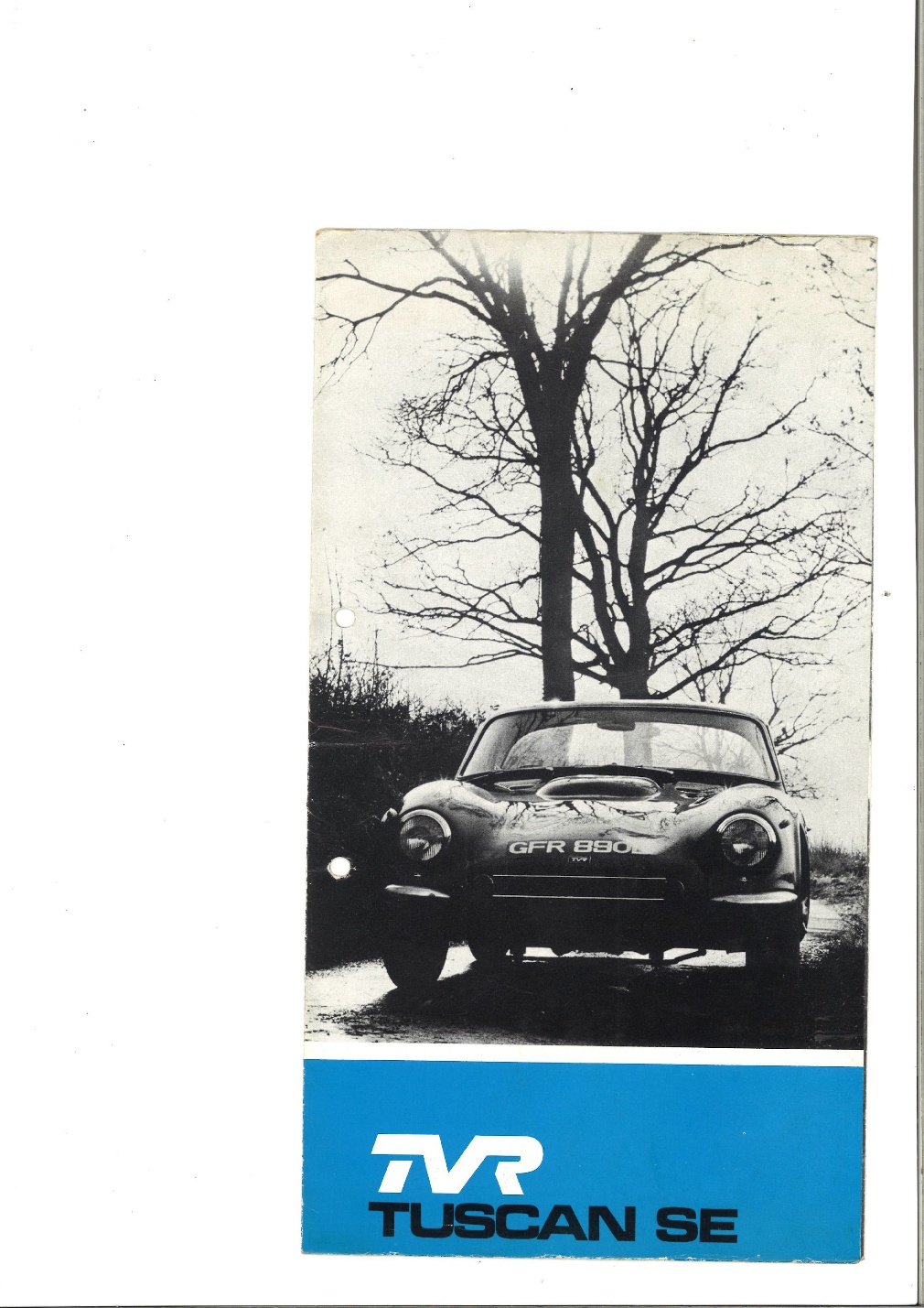 Figure 8.TVR brochure of the Tuscan from A&R library.

“Although short squat and stumpy, the Mk.I’s were attractive from some angles, the shape had never been styled, it had just grown out of convenience and necessity”

Weight is a particular good measure of assessing fuel efficiency. Unfortunately we don’t have comparable cd information for both marques to make reliable and consistent comparisons.

The respective weights provide interesting comparisons; particularly when the same engine / gearbox and rear axle might have been used in both marques.

This is not the easiest of exercises.

Although there might be a slight comparison between the TVR of the 1960’s and the Elan.

Cars might be compared on performance but time has prevented the editors compiling these.

TVR not compete at the same levels as Lotus so benchmarking is not possible here either.

The more recent TVR are obviously very different creatures to the Lotus. 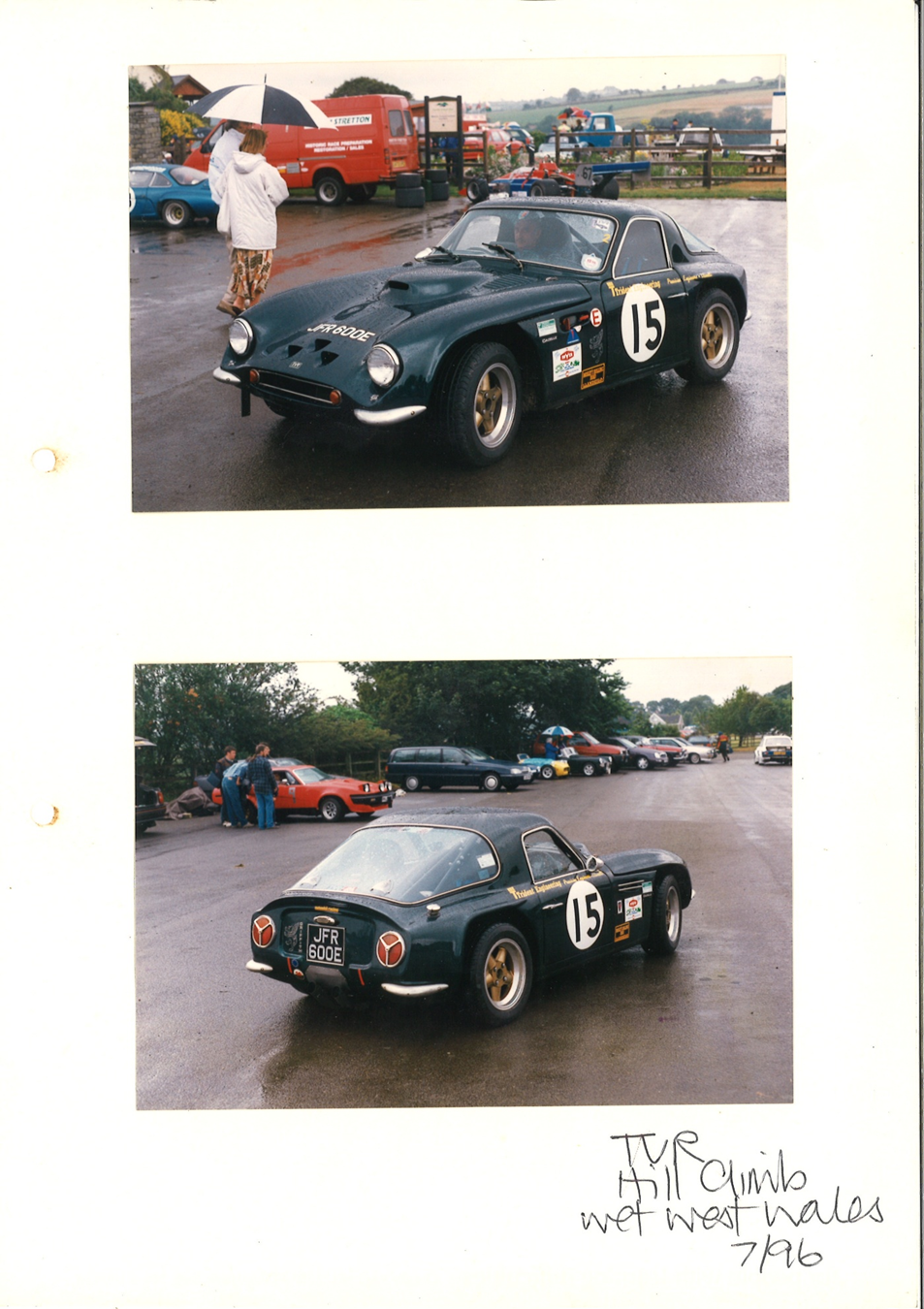 Figure 10. Editors photograph of a TVR competing at a wet hill climb in West Wales

Very briefly; Lotus looks to have a future despite the extremely different times for the specialist car marques & market. They have planned a museum and visitor center at Hethel. The completion may be subject to an economic improvement.

TVR has suffered a series of setbacks. They are proposing to reestablish in South Wales where they would be close to a proposed new race track. The economy and Britexit might impede this move.

Gordon Murray has designed a new generation of TVR. The car has the code of T37 with a proposed Cosworth Ford V8 engine. The editors have seen a suggested price of £90,000.

The car seems well thought through, viable with a distinctive TVR DNA, and we image Murray might have contributed to the production organisation.

We hope that the car might be built in sufficient volume to guarantee TVR survival. 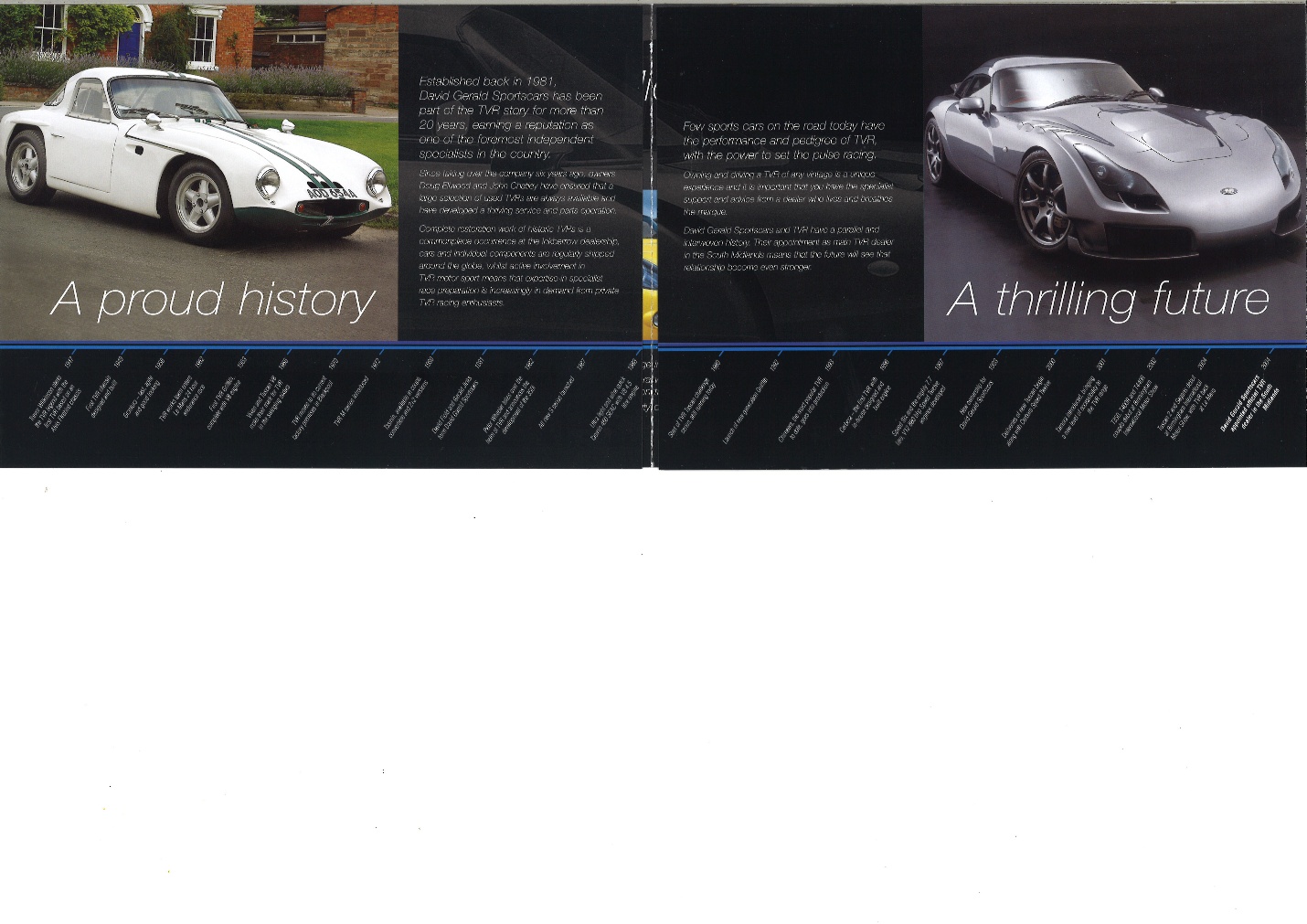 TVR has been a charismatic brand with heritage, the editors hope it might have the luck and ability to reinvent itself again.

It’s worth noting that TVR does not has a museum and visitor center at their premise at the moment although this might change with their relocation to Wales. They do have an active car club. A museum is a significant heritage and marketing device for the largest quality manufacturers willing to invest, promote their brand, its identity and historical reputation.

Using the comparative analysis that the A&R adopts it’s hoped that the merit of Colin Chapman and Lotus are seen as equally worthy of a museum. As such the investment is intended to:-

The editors are developing a series of comparative articles that will evaluate Lotus against:-

Please let us know if you would like other marques to be included and any preference in sequence.

Statistics extracted from Wikipedia .Further clarification and checking may be required from sources given in references below.

*Nb as some of these volumes are expensive/ difficult to obtain research was conducted at the British Library.