This is further piece in our dedicated series comparing and contrasting Lotus and Cooper.

These two brands have a massive impact on British motorsport which continues up until today.

During the 1960’s they were at a zenith and impacted through to culture and fashion.

Both enjoyed the skills of the world’s best drivers.

The two brands were diametrically opposed in design philosophies.

Both a worthy of detailed study.

Here we attempt this in a form of benchmarking of the respective brands sports racers. Of significance is the early contrast of the Lotus front engine cars and the parity achieved with the move to mid-engine layout.

This piece is partly inspired by a period magazine feature exploring and contrasting 4 well known sports racing cars of the era.

Subscribers might like to see the directly relevant and integrated A&R pieces that complement and help structure this article: –

Our initial comparison starts with the shared use of the Coventry climax engine.

The following specification was adopted in a comparative analysis in period 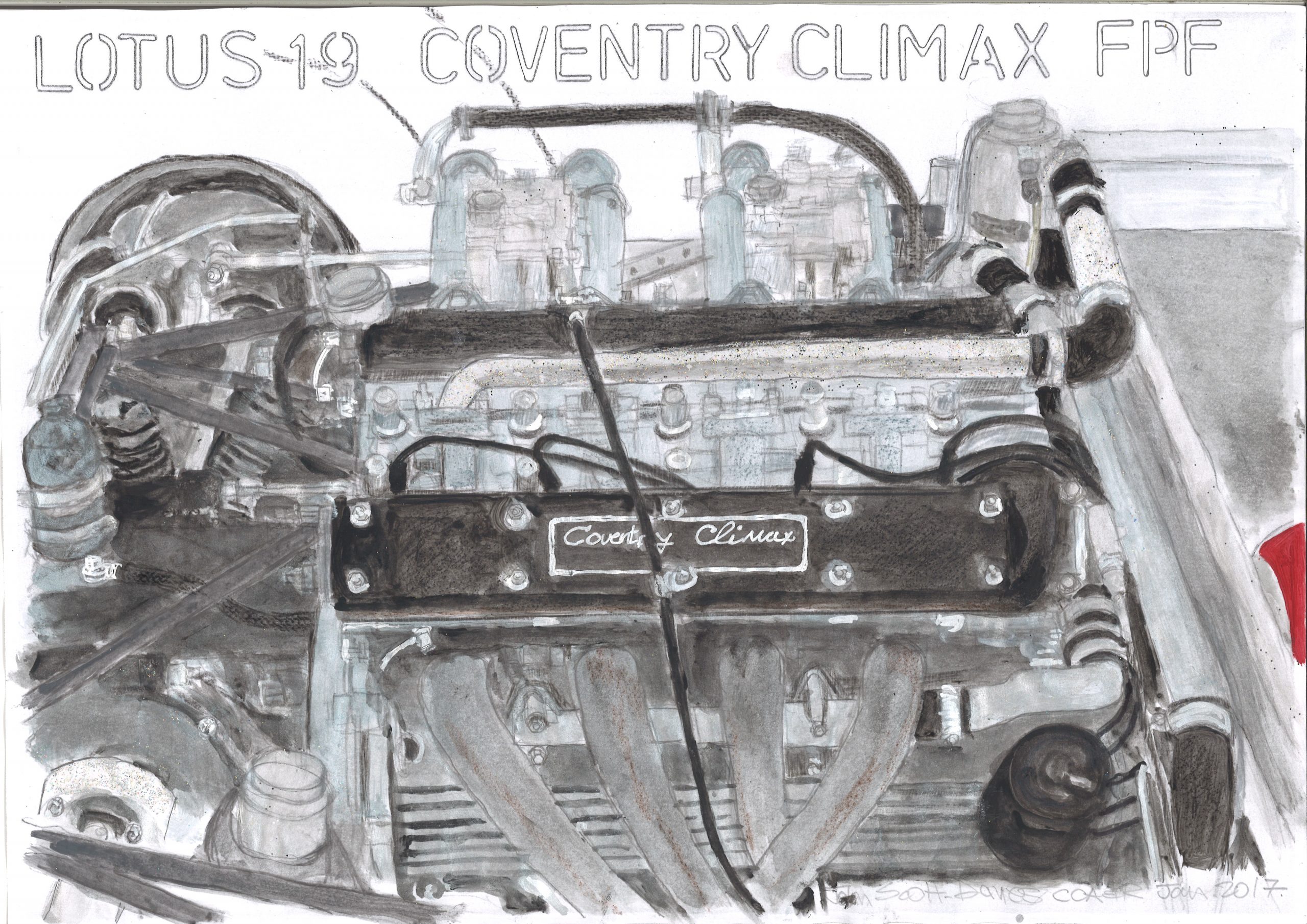 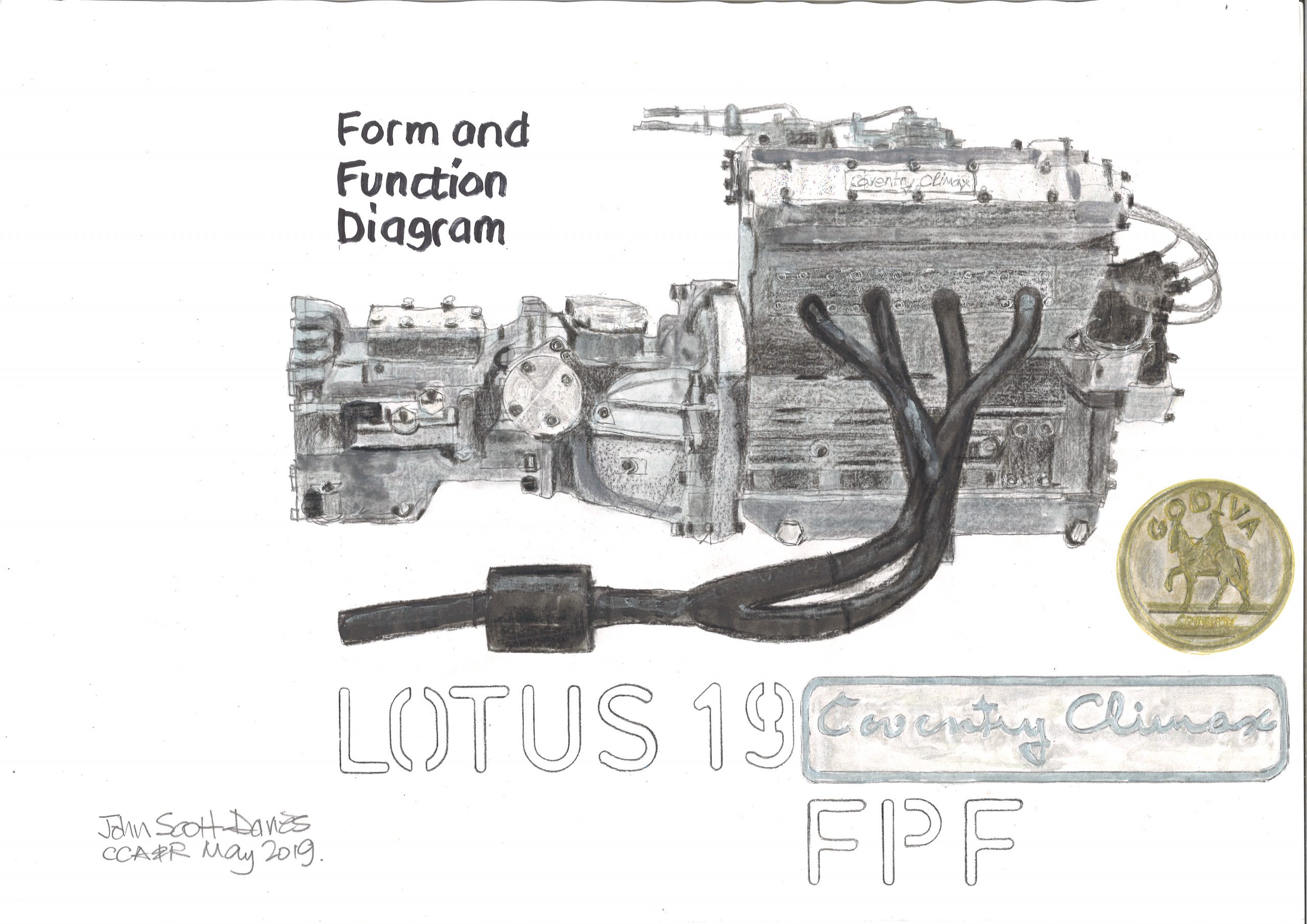 The Cooper Monaco has been sold in various forms by the Cooper Car company for many years and is a true sports/racing car complying with the current Appendix “C” regulations for sports racing cars .In reality it is a wider version of the Cooper formula 1 car having a similar multi-tubular chassis frame of large diameter tubes but the car is widened to accommodate the two regulation seats……….

A variety of engines have been fitted in the rear of the Cooper Monaco ………4-cylinder Maserati 2.8L, 4-cylinder Ferrari but the most popular engines have been the Coventry Climax 4-cylinder units starting with the 1.5 litre and going on through the 2 litre ., the 2.5 litre ……and finally the “stretched” 2.7 litre version …..

The Cooper Monaco has seen little success in long distance races mainly because the Cooper factory has concentrated on its F1 programme and has seldom run sports cars itself. Therefore the car has usually been run by private owners …….

In short distance races the car has had a great deal of success and there has been many battles between it and the Lotus 19.

There are several Cooper Monaco exponents in the United states who regularly achieve wins in road races ………. 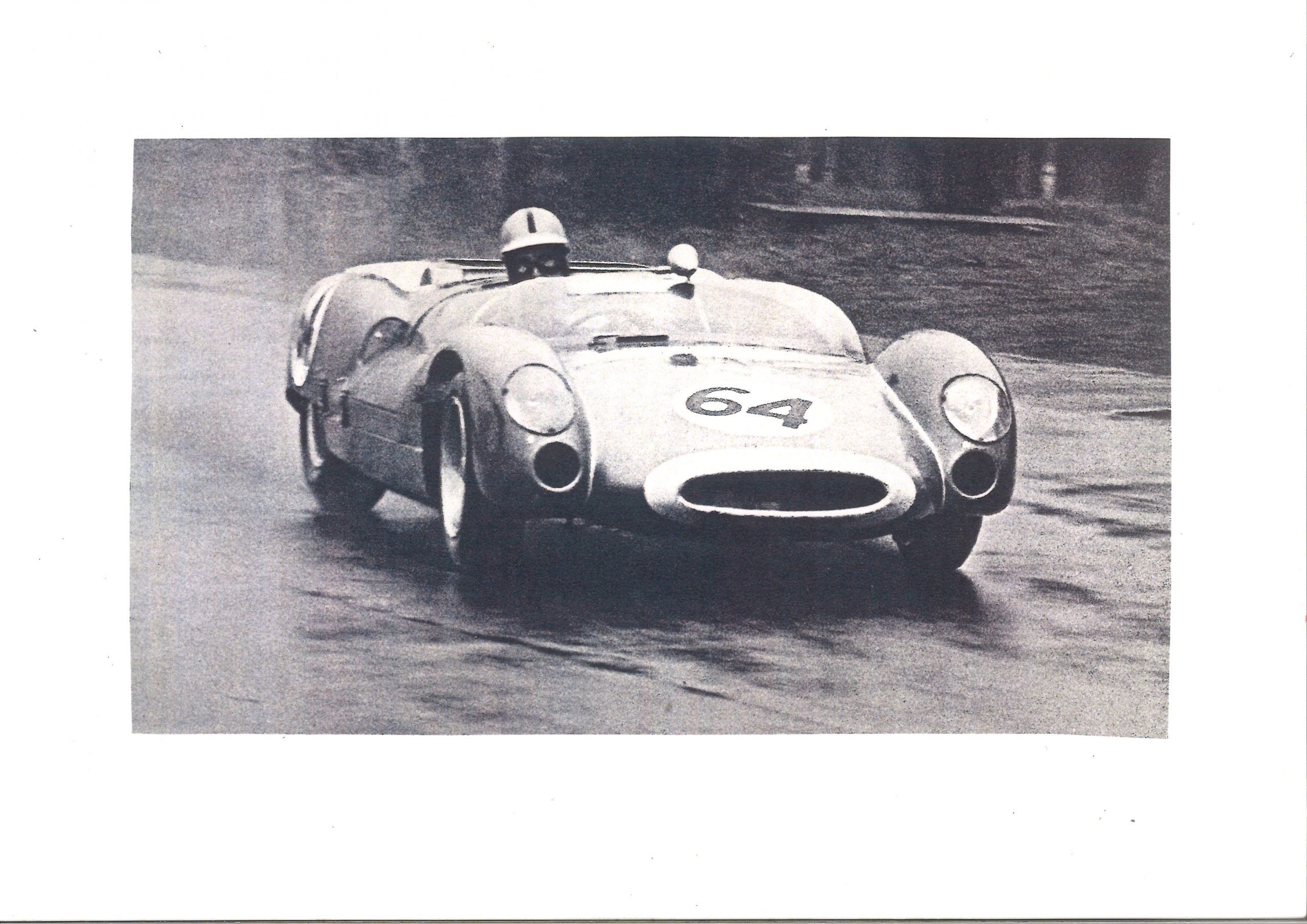 Specification of Cooper Monaco from Twite 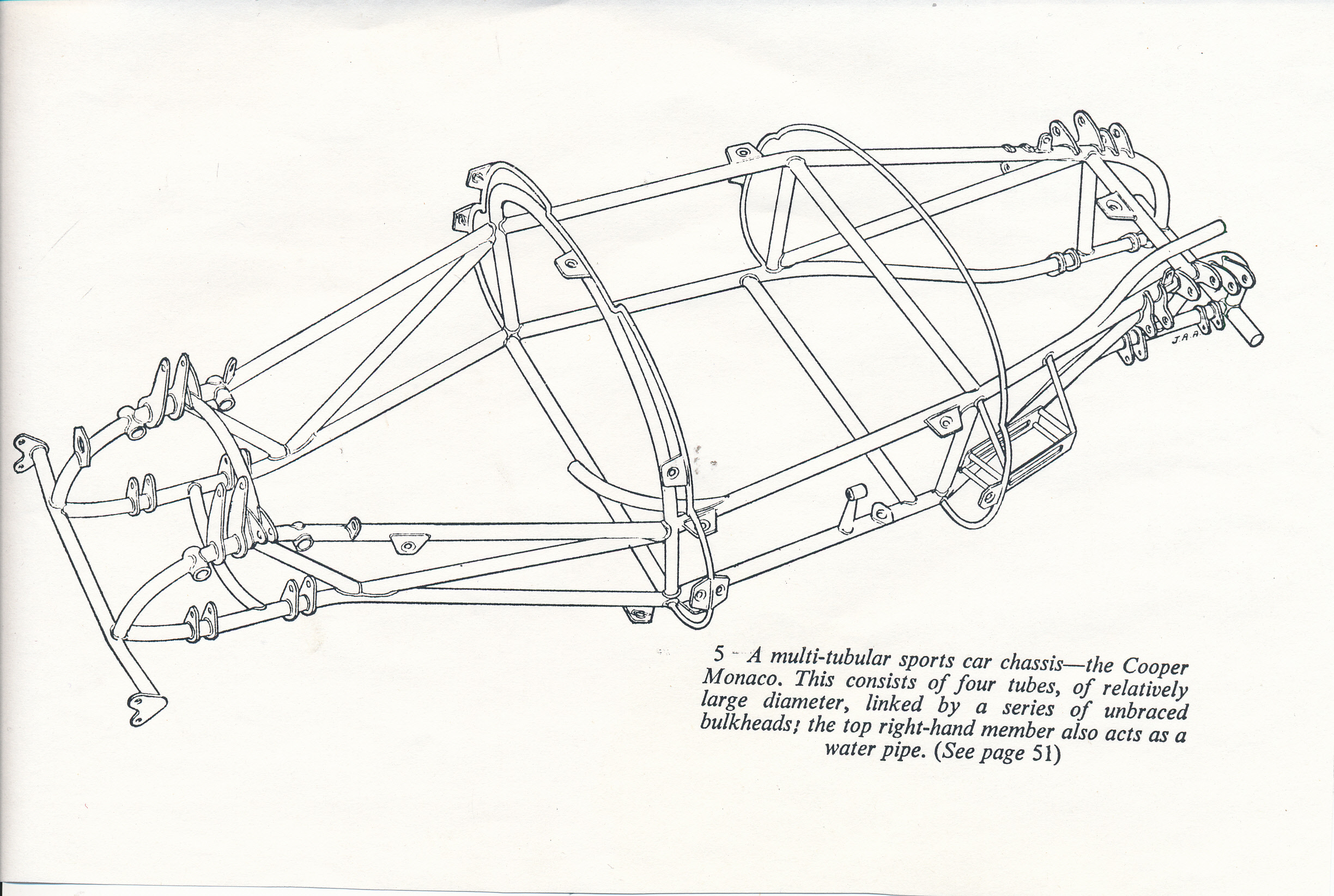 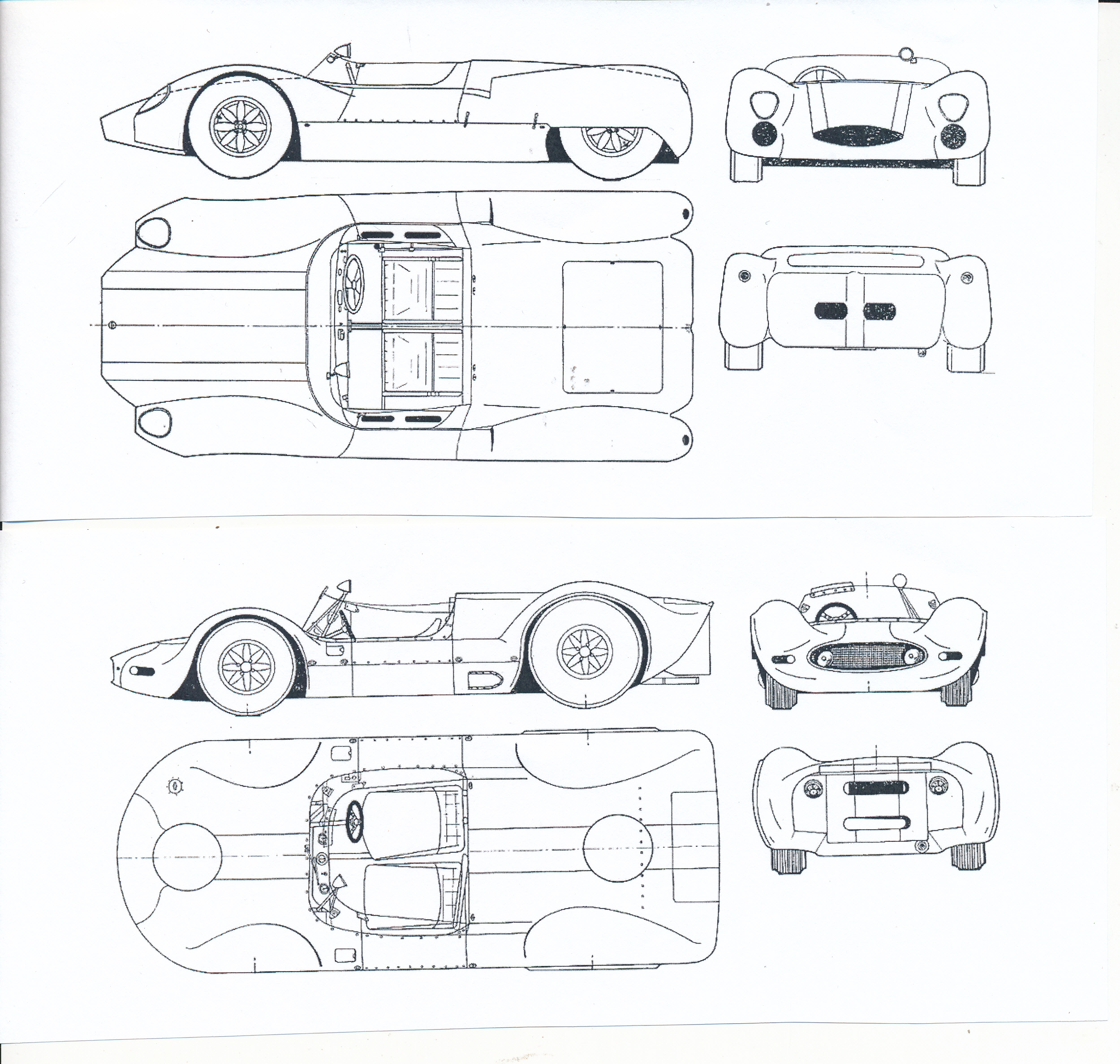 Avoiding repetition subscribers are directed to our dedicated article. 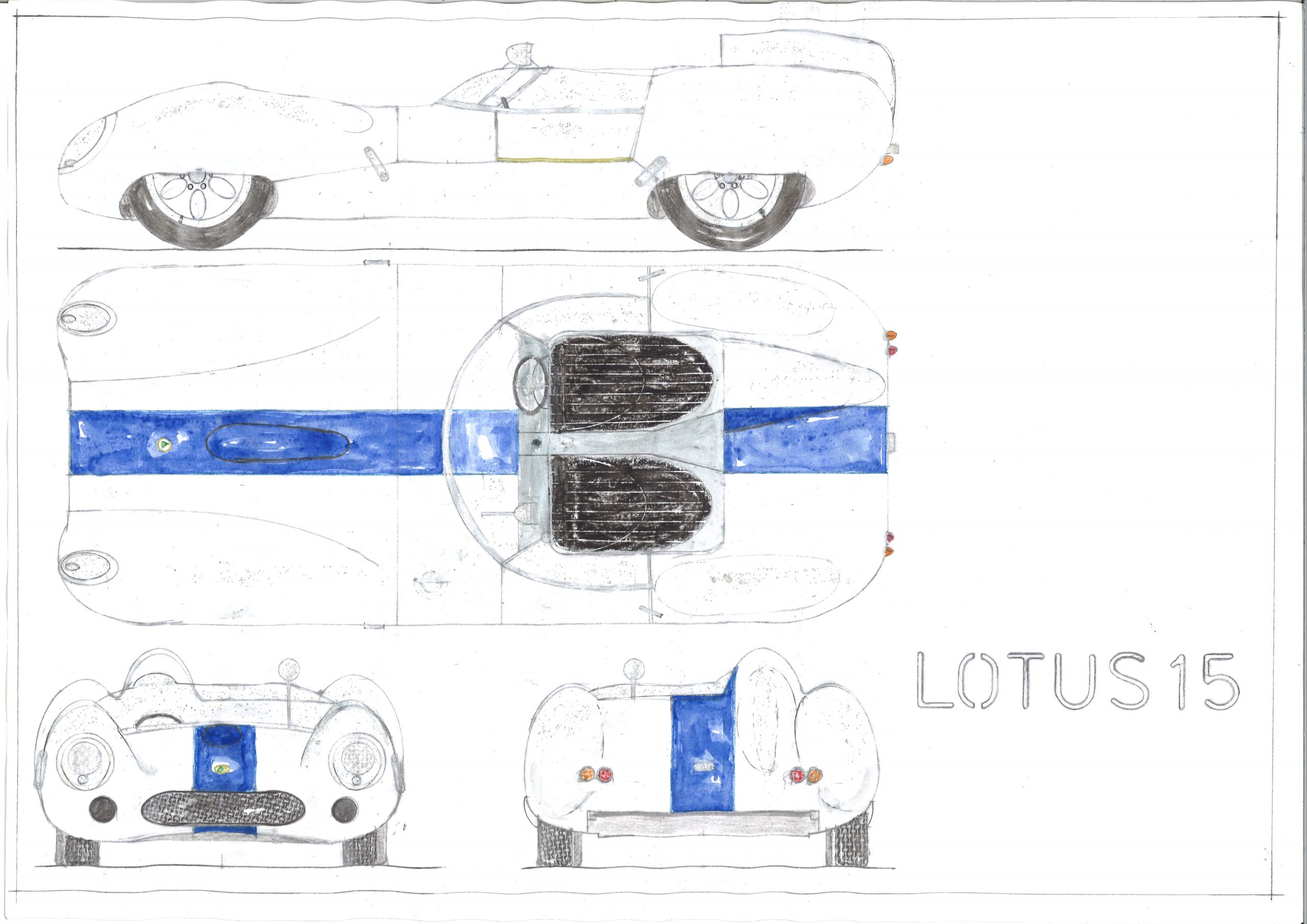 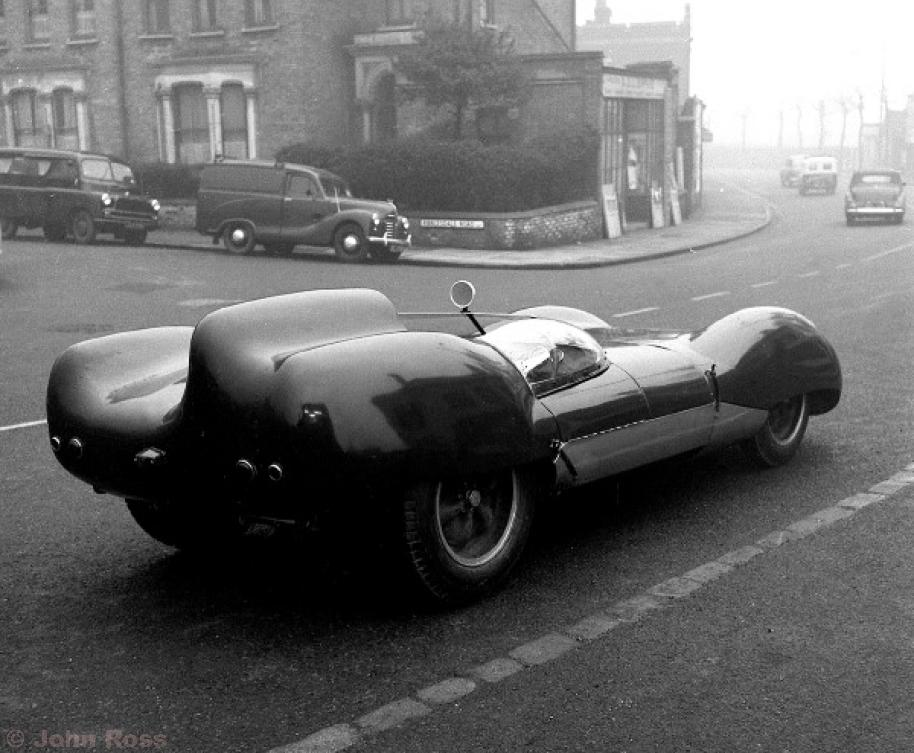 Note this very significant and highly redolent image of the Lotus 15 outside the Tottenham Lane factory.The John Ross Motoring Archive

Avoiding repetition subscribers are directed to our dedicated articles. 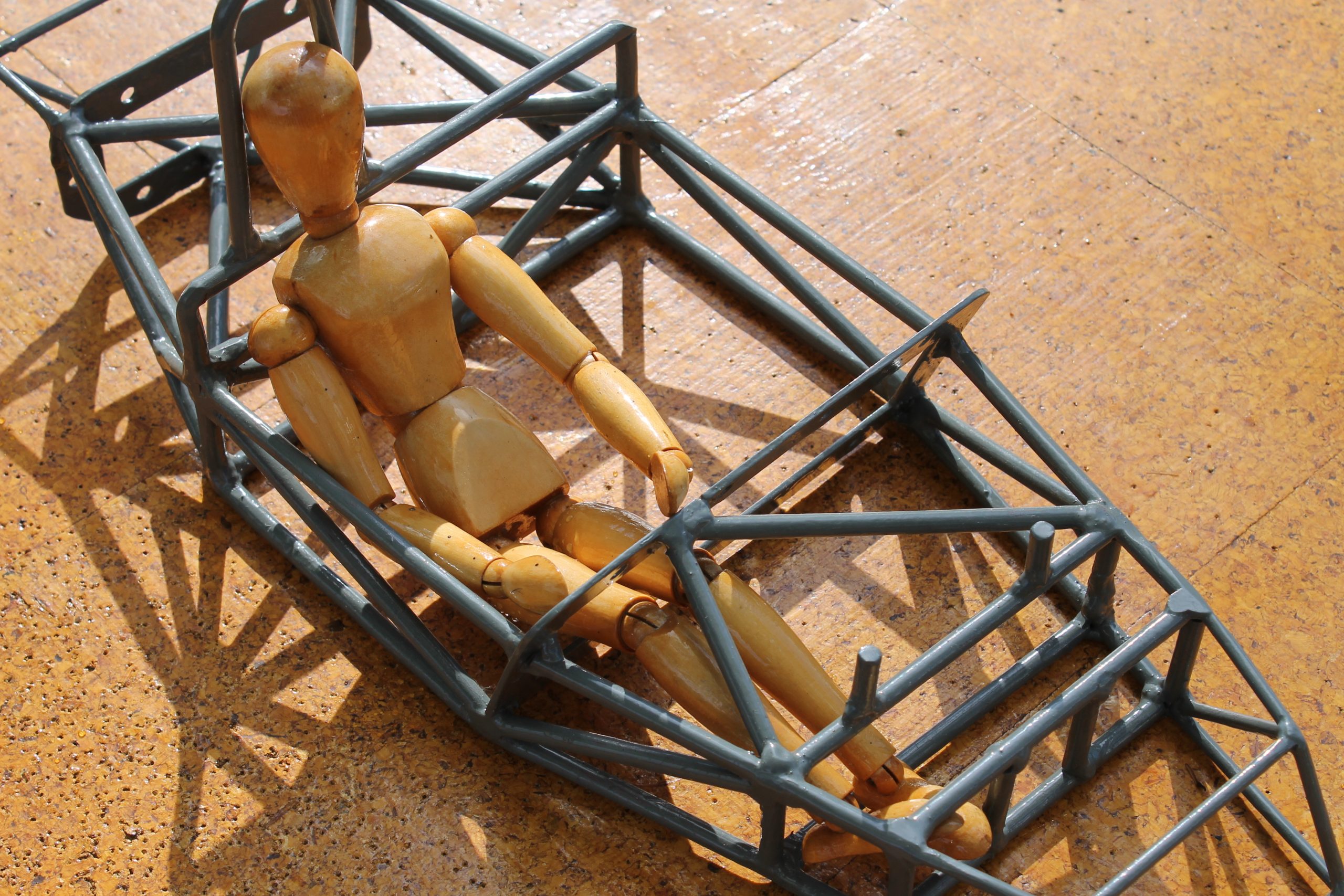 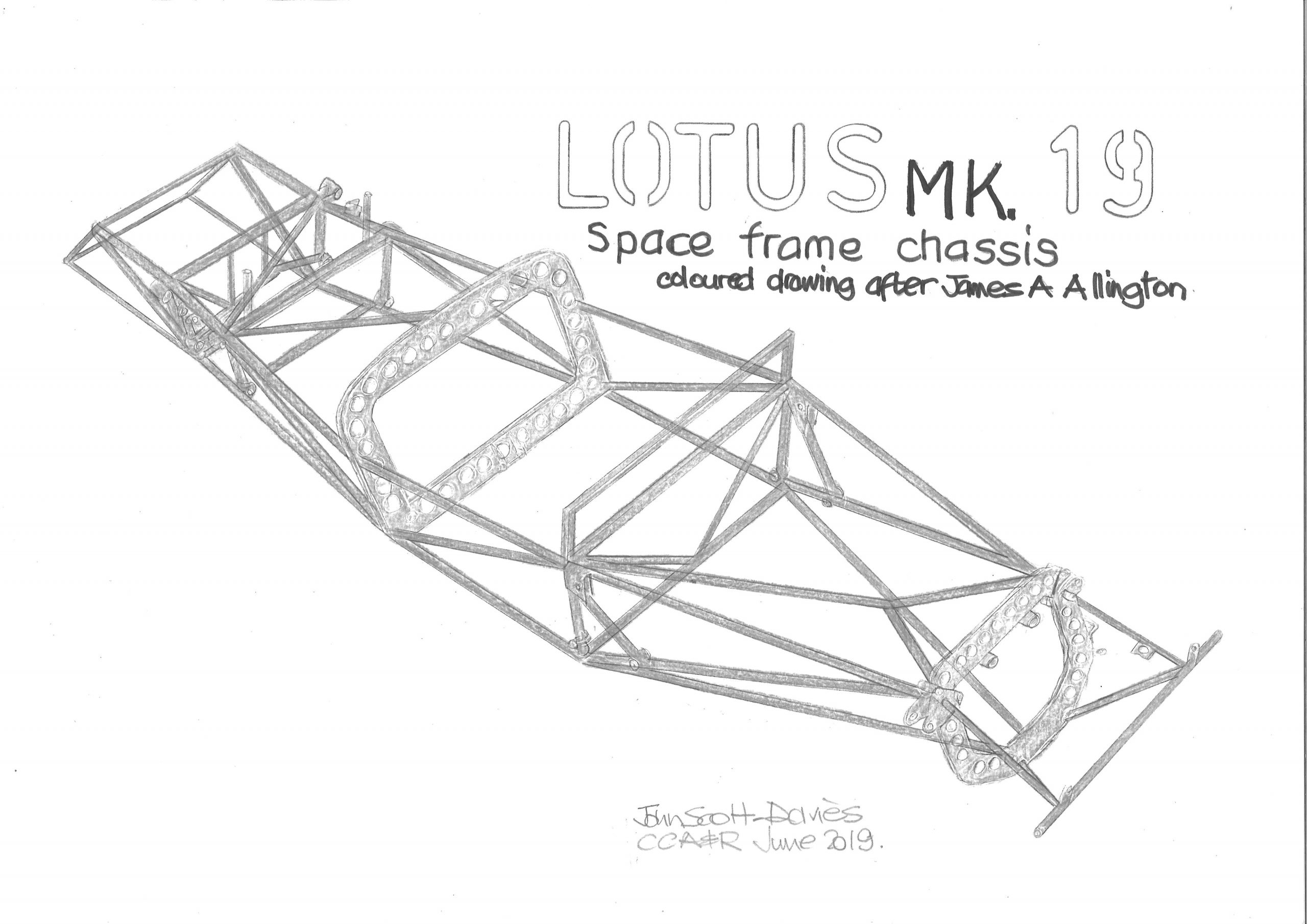 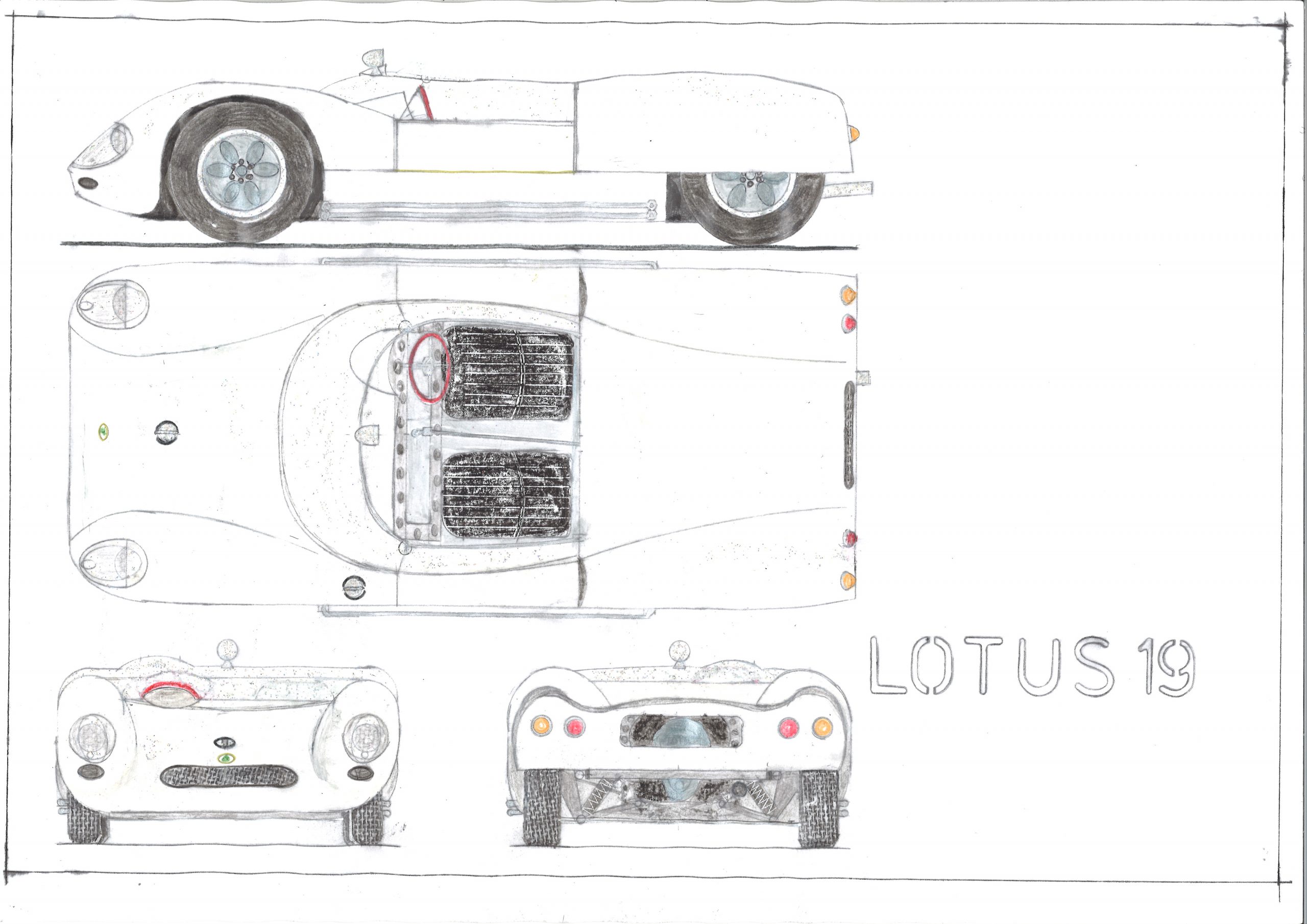 This compares with the Lotus sports racing cars [ from Taylor]: –

The production volumes are revealing . 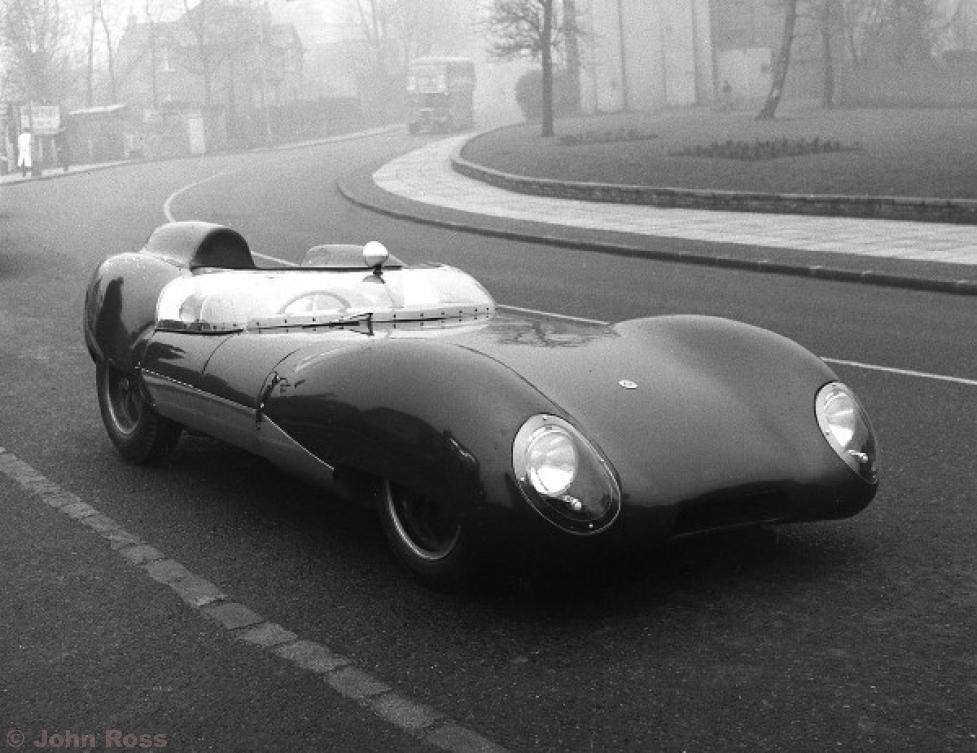 Note this very significant and highly redolent image of the Lotus 15 outside the Tottenham Lane factory. The John Ross Motoring Archive

For these reasons our suggested outline Business Plan includes provision for promoting products and services which share Chapman’s ideals of mechanical efficiency and sustainability. In addition, we propose merchandising that explain and interprets the social and cultural context of Chapman’s designs in period. It’s suggested there will be catalogue for on line purchasing.

In this instance we suggest the following exhibition titles might be appropriate [ with Casino spin]: –

Avoiding repetition subscribers are directed to our dedicated pieces on Lotus and Cooper.

Possibly most significant and worth emphasising is: –

The Lotus 15 was built at Hornsey.

Please note the editors of the A&R attempt to give the broadest spectrum of references but not all are available for consultation in an article. However, by noting their existence it may assist students in their research.