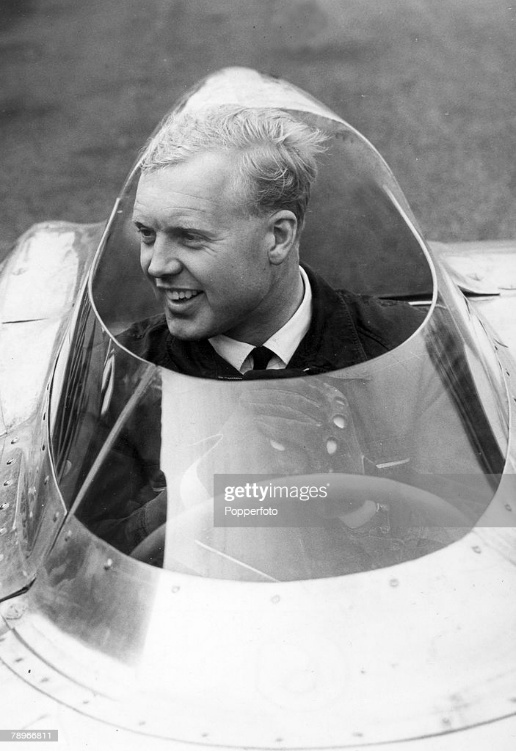 Figure 1.Getty image from the internet

This piece is neither Hawthorn biography nor list of race results.

We believe that subscribers will be familiar with both.

In fact this feature was prompted by the editor reading “Challenge me the Race “, Mike Hawthorn autobiography.

The editors extracted these facts about Mike Hawthorn from his autobiography:

Mike Hawthorn drove the Eleven through 1956 and this is the main source of information and photographic record.

Extracted from the internet. 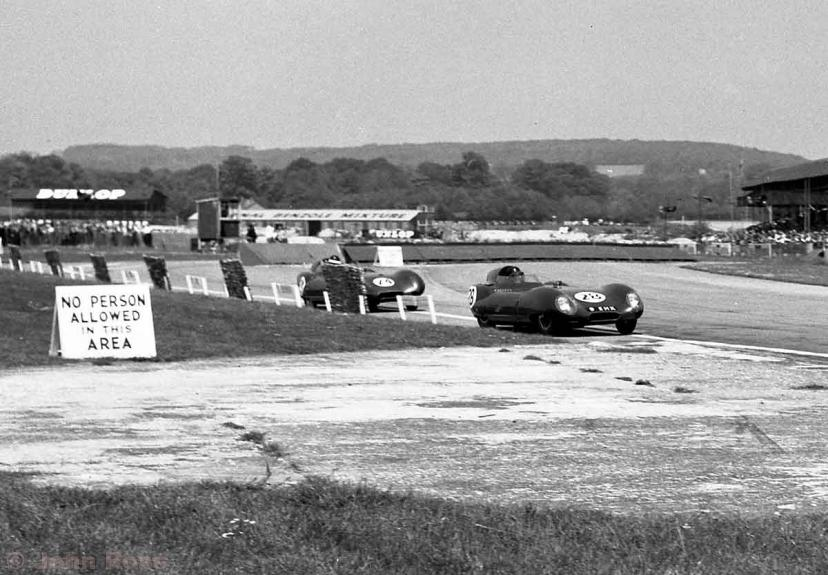 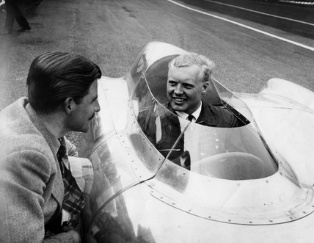 Mike Hawthorn: Knight of the Road to nights on the Track 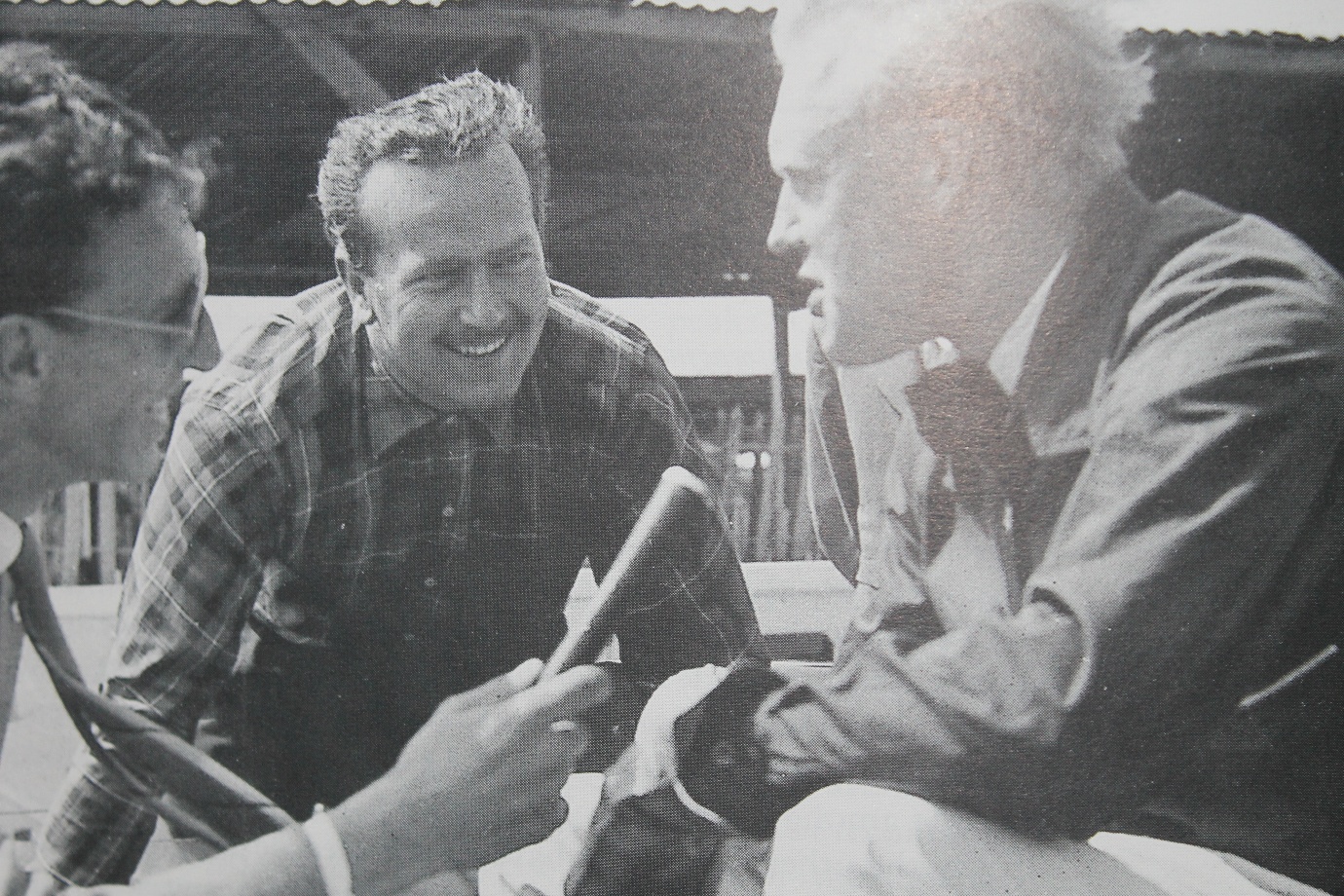 “The introduction of the Mk. 8 launched Lotus on to the International sports racing scene and by the time the Eleven appeared in 1956 top drivers were clamouring to drive Chapman’s remarkable cars.

And here they are the race in mighty good humour being interviewed by a youthful Raymond Baxter.

Hawthorn drove the Eleven several times during the season as a respite from his normally much “hairier” mounts….

For a driver of such truly international standing such as Hawthorn to show admiration for the Lotus gave Chapman the greatest pleasure …..”

Post war motor sports remained brutal and loss of life was often due to lack of safety at circuits, mechanical failure of components and driver error.

We highly commended Hawthorn‘s autobiography for its insights into Britain’s growing prestige in International motor racing.

The era was quite different from today and top drivers often drove with fluency in diverse cars, classes and capacities.

Hawthorn is an excellent example, but also Sterling Moss and Fangio.

As Read points out when drivers of international standing competed in a brand they were:

Mike Hawthorn made a significant contributions to British motor sports and is worthy of study.

He was in many respects ultra traditional almost pre-war in aspects of his career but he also embraced the rapid transition of technology in the immediate post war era.

He drove very diverse machinery and seemed to display a mechanical empathy and as such the Lotus would seem an ideal proposition for him.