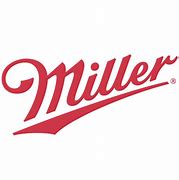 Miller Brewing Company: One for the Road &Track

Miller Brewing Company was founded in Milwaukee in 1855 and is the world’s third largest brewer having shipped more than 44 million barrels of beer in 1993. Miller employs approximately 8000 people at seven breweries and several other facilities. Miller products are now available in 70 countries worldwide. Miller is a wholly owned subsidiary of Philip Morris Companies Inc. Miller has sponsored winning teams in all major American racing disciplines over the past 15 years, including Indianapolis 500 and Daytona 500 champions.”

“Miller Coors brands have enjoyed iconic status in Indy car racing dating to the 1970s when Miller Brewing Company began a team sponsorship role that lasted nearly three decades. Drivers the calibre of Al Unser, Danny Sullivan and Bobby Rahal all raced with sponsorship from Miller brands, including Sullivan’s improbable “spin and win” performance in the 1985 Indianapolis 500 Mile Race that remains today as one of the favourites in Indy 500 lore.

Sullivan (1988) and Rahal (1992) each drove to an Indy car season championship carrying the colours of Miller brands. Miller was also a long time race title sponsor of the annual Indy car race at The Milwaukee Mile.”

Miller Brewing Company sponsored Lotus in the last stages of their linkages back to Chapman.

Taylor records their 37 seasons in the background context of the type 109 .In the 1990’s Lotus were not fully competitive and were suffering finance difficulties in the F1 programme.

There can be little doubt about the contribution made by Miller.They have tended to support American National racing and this is possibly related to commercial considerations of their products and their consumption in North America.

Miller Brewing Company has supported Penske and this is worth of study.

Beer is probably the most popular alcoholic beverage in the world and Americans consume an estimated 6.3 billion gallons of beer annually. To keep up with demand, there are numerous breweries around the country, with many dating back to the mid-19th century. While most of the breweries on this list are owned by the largest brewing companies in the world, a few have remained owned by their founding families. All of these breweries are still operational and many of them produce beverages for other brands in addition to their own.

About Penske Racing
Penske Racing is one of the most successful teams in the history of professional sports. Competing in a variety of disciplines, cars owned and prepared by Penske Racing have produced over 340 major race wins – including a record 15 Indianapolis 500 victories, more than 410 pole positions and 23 National Championships. For more information about Penske Racing, please visit www.penskeracing.com.